Bookings not yet open
Register your interest for upcoming dates

This intensive online interior design short course, developed by esteemed academics from the Interior Design MA programme, examines the forces shaping the retail environment of the future and identifies opportunities for innovation in a post-Covid world.

Retail interior design reflects and responds to cultural change and must evolve rapidly to meet current trends and desires. This course will help you understand some of the key challenges faced by retail and the opportunity for radical rethinking in areas such as:

You will connect with a group of global participants and enter into a packed programme that includes guest lectures from specialist retail professional practitioners and practical workshops that relate to the following themes:

You will apply these insights and advance your knowledge by working on a collaborative team project supported by RCA academics.

The course reflects the RCA experience with small class sizes and rich interaction between students and academics, provoking discussion and inspiration, and developing industry skills within a supportive and creative learning environment.

Benefits to you and your organisation include:

What will you learn?

How will you learn?

You will participate in:

The course is organised in synchronous sessions in a live virtual environment that combines various digital platforms and tools.

Zoom
Using the videoconferencing service Zoom, the RCA's esteemed academics and facilitators deliver a mix of:

Participants interact with the faculty and peers in breakout rooms in real time.

Participants engage in cross-functional team work with the use of visual collaboration tools.

Through the online whiteboard platform Miro, participants get to:

The College's learning platform Moodle is personalised according to the course's requirements to provide participants with a secure integrated system where they can access the course content.

Participants stay connected and communicate via the channel-based messaging platform Slack throughout the whole duration of the course.

In this space, the academics, facilitators and delegates get to network, plan the course activities, share documents and files during the live sessions or offline.

Robert Storey: founded in 2009, StoreyStudio is a spatial design practice based in London comprising a diverse team of designers and artists working fluidly between creative disciplines. The studio is led by British creative director Robert Storey who studied fine art sculpture at Central Saint Martins. His work is known for its artistic approach and has been called upon by an ever-expanding international client list including Prada, Hermès, Chloè, Kenzo, Stella McCartney and Nike. He is a Platform Tutor on Interior Design at the RCA.

Simon Mitchell co-founded Sybarite in 2002 and now in their 19th year have delivered over 2,000 retail locations from monobrand stores through to large scale shopping malls, cinemas and most notably the largest luxury department store in Asia by size and turnover SKP Beijing & SKP Xi’an. Simon has over 25 years’ experience in retail design; his attention to detail and sincerity in understanding the depth of a brand is reflected in all his projects.

Peter Higgins is Creative Director Land Design Studio. As an architect and has worked as a designer for the BBC, in West End Theatre, for Imagination and formed Land Design Studio in 1992. Subsequently, Land have built an award winning experiential design consultancy working in both the cultural and commercial domains. Clients include The British Museum, V&amp;A, Natural History Museum, Foreign &amp; Commonwealth Office, Singapore Gardens By the Bay, Anschutz Europe, Christies, and The National Media Council Abu Dhabi. In 2009 he was awarded RDI, Royal Designer for Industry. Most recently he has been investigating how we may save the High Street through design thinking.

The information given is accurate at the time of publication, however, the RCA reserves the right to amend the described course and timetable as circumstances dictate.

Steve is a designer, artist and academic who has operated between the boundaries of art and architecture for nearly twenty-five years.

Tania is an educator, architect and exhibiting artist.

Get in touch with Jo Chounta if you'd like to find out more about this or any of our other short courses.

More opportunities to study at the RCA 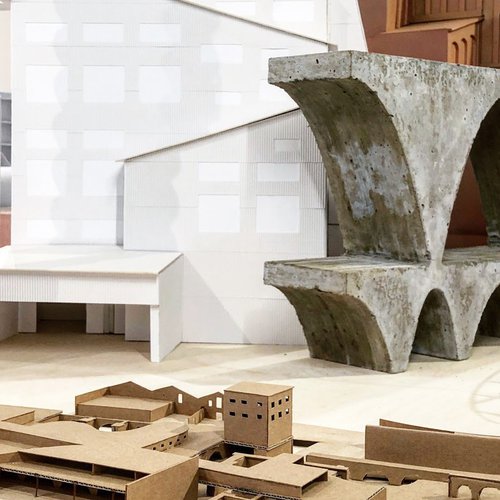 We value and promote speculation, analysis, rigour and provocation through all aspects of interior design. 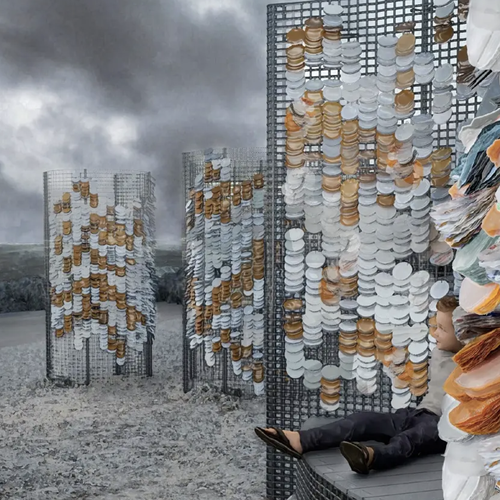 Discover creative and critical approaches to writing in the context of curatorial practice, and develop your skills with leading writers and curators working across the contemporary art and design sector, live online. 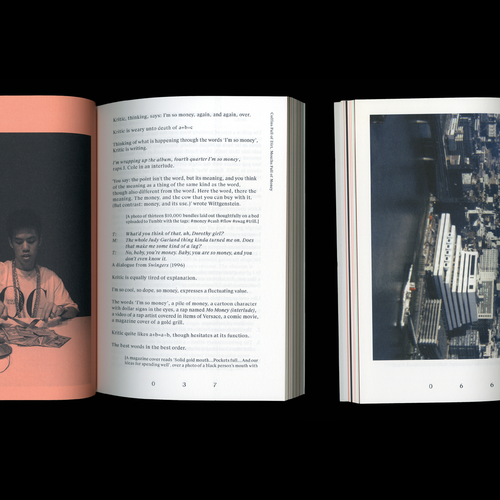 Discover contemporary approaches to curating archives and collections of art and design, with leading curators, archivists and researchers, live online. 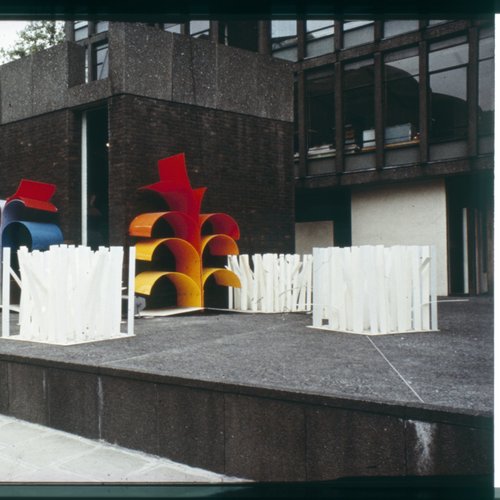 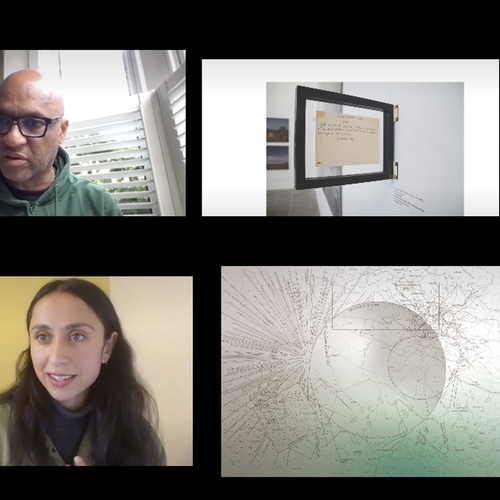 A practice-led live online introduction to the study and practice of contemporary art, structured around the development of your own self-motivated individual project, delivered live online. 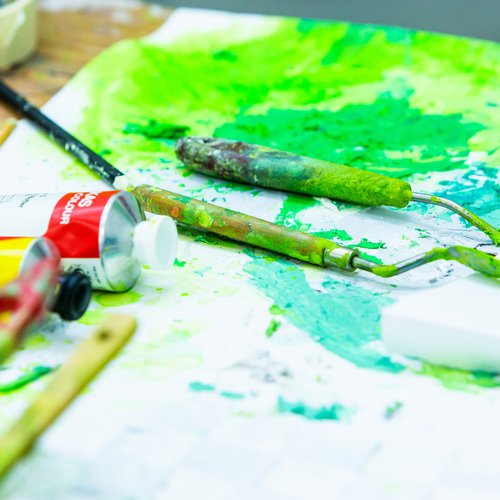 Discover an expanded view of editorial design in an open and experimental online environment, under the expert guidance of RCA tutors Adrian Shaughnessy and Astrid Stavro. 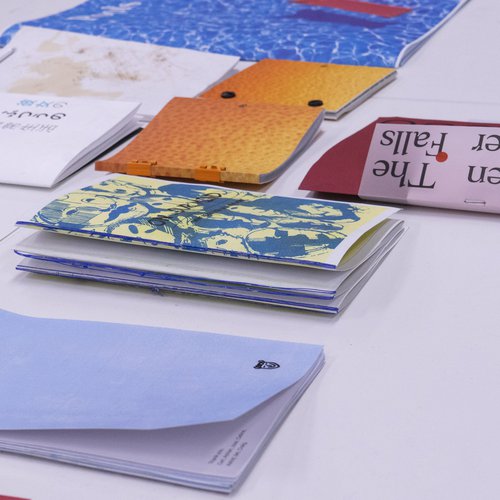 Develop your typographic expertise in an open and experimental online environment, under the expert guidance of RCA tutor Adrian Shaughnessy. 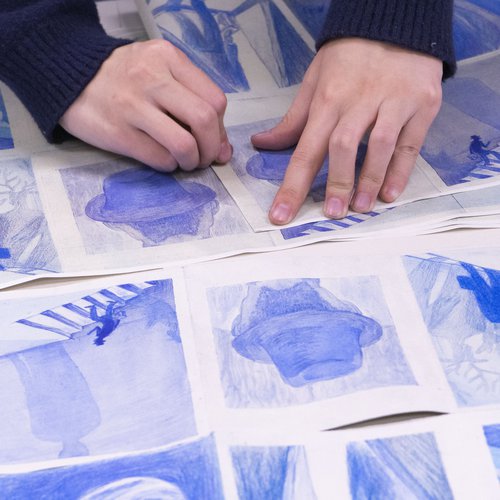 Design Thinking & Innovation in Collaboration with the Design Museum 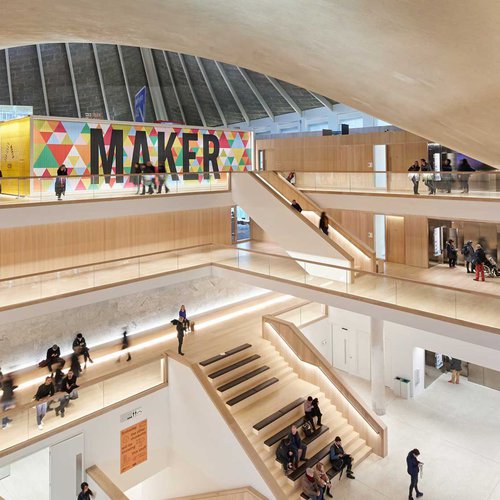 Creative Strategies for the Future of Work

Learn how to apply creative thinking and strategic design thinking principles to the future of work and workplace, enabling you to address hybrid and flexible working with new tools and frameworks, delivered live online. 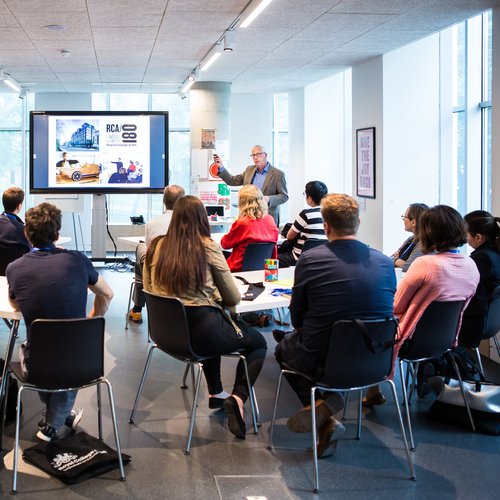 Explore key human-centred design principles and how to apply practical tools that place the human experience and people at the centre of transport decision-making, led by the RCA’s Intelligent Mobility Design Centre live online. 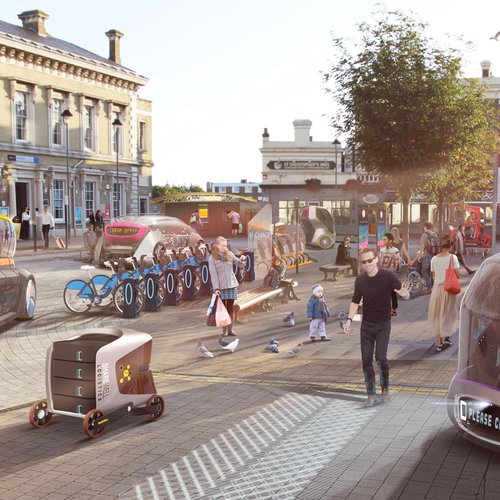 Back to the main short courses page

This interactive masterclass is divided into six sessions, each three hours in duration, which include:

Please read the short courses terms and conditions before applying.