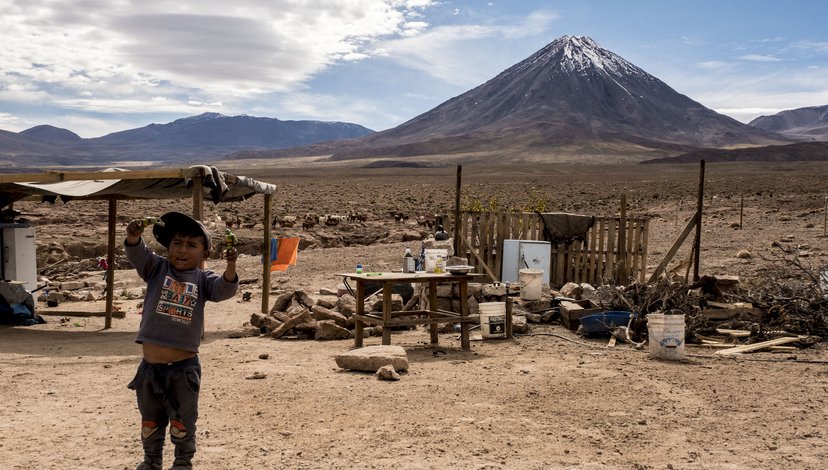 For the past three years, the Lithium Triangle research studio at the MA Environmental Architecture programme, Royal College of Art, has been investigating the socio-environmental impacts of lithium extraction across the world, with a focus on the disputes between indigenous populations and global mining corporations. We have paid particular attention to the Atacama region of Northern Chile, as Chile is the leading producer of Lithium in the triangle, which also spans between Bolivia and Argentina.

As we have explored the tension between the importance of lithium to carbon-free technologies and the suppression of indigenous environmental concepts and practices in favour of its extraction, we have continued to demonstrate the potential roles of architecture in imagining new environmental futures.

This year, our investigations will focus on Indigenous Title as a device that allows indigenous groups to claim control of their ancestral lands and territories. Indigenous Title, if granted, removes land from market systems, preventing its future sale. However, this does not prevent owners from leasing land for use by mining corporations. Indigenous Title endows indigenous owners with control over all ecosystems and resources within its borders. Importantly, such resources include water, which, under standard titling law in Chile can be sold as separate from the land it crosses or lies within. The natural environment and its water systems hold significant spiritual and practical importance for indigenous groups in the Andean region but are also key to mining processes. Therefore, it makes sense that titling presents as a consistent point of tension around which many mining disputes coalesce. It also brings forward many other questions concerning the historical development of concepts such as ‘territory’ and rights.

Whilst the dominant concept of law mediates all manner of 'incommensurable socio-natural worlds' (or different environmental architectures) it does so through a historical lens of Euro-colonial ideologies and languages. This inherent racial and cultural bias has been effective in excluding other ecologies of existence and knowledge from its evidentiary processes. Ancient knowledges embedded in extinct languages and spiritual connections to landscapes and ecosystems are not easily expressed in legal paperwork. 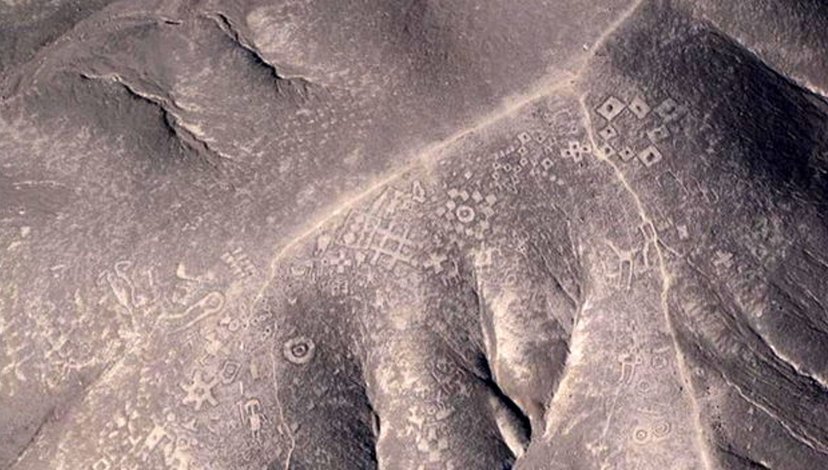 There are several of these conflicting (and often excluded) ecologies of existence that we have previously considered in the studio and will continue to do so. Many of these give rise to alternative artefacts of proof in the many conflicts that intersect around the Atacama salt flats. This means that often, one form of existence can be used to evidence or negate others. Those that we may consider in the Chilean Atacama include:

An ancient system of geoglyphs: These evidence inhabitation of the desert that dates back thousands of years. They are expressed in different forms according to the multiple indigenous lineages that created them to guide each other through the desert.

The quantity and diversity of Flamingo species: The Flamingos that inhabit the salt flats serves as evidence of water decreasing in lagoons, as well as the destruction the lagoon micro-biodiversity that the Flamingos rely on to sustain their numbers.

Tamarugo and Algarrobo trees: The roots of these trees indicate groundwater. Their presence form markers of life across the seemingly arid desert, and their disappearance signifies the draining of underground aquifers and therefore, the life they sustained.

Indigenous relationships with the mountains: Indigenous culture cherishes the mountains as familial guardians over specific territories, each of which have their own names and related rituals. This indicates a deep familial bond with their territory and an understanding of its borders that does not necessarily correspond to municipal definitions.

Disputes over water in its multiple forms: The complexity of the desert ecosystem means that water appears as sweet water - both overground and underground - salt lakes, and concentrated brine. Indigenous populations understand these different presentations as part of a single water system, whereas the law and official environmental management strategies separate these states.

Lithium itself and the minerals and micro-organisms that inhabit the brine: Lithium is extracted from brine that sits at the bottom of salt flats in the Atacama Desert but brine has recently been proven as being alive with micro organisms. These ancient micro-organisms are unique to the Atacama and are believed to be some of the earliest forms of life on Earth. They therefore serve as markers of eco-systemic health as well as providing a unique perspective on the development of life on earth.

This year we will use our design tools to bring forward the hidden complexity surrounding these conflicting ecologies and their importance in the global transition to carbon-free futures. We call these hidden ecologies and the conflicts that surround them, reality claims. This is because ultimately, the fight to gain access to ancestral lands means a fight to have realities (including belief systems, knowledge, livelihood and heritage) recognised.

Therefore, in this studio we ask: How we might use design processes to support and make visible reality claims that are widely unrecognised?

We will consider the agency of design work and how we use the different media available to us to engage in collaborative modes of research and production. This could include drawing, mapping, model making, film, VR, performance and or animation. There will be workshops to help you engage new mediums as you feel is appropriate. We will use this process to argue the potential role of environmental architecture in providing ‘evidence’ of otherwise neglected knowledges and histories that is not only forensically rigorous but that is also layered and nuanced.

We will begin our work by examining the archive of previous work within the context of global transitions to carbon-free futures and lithium supply chains. We use the established case studies to consider different territorial claims against the various conflicts that define it at different scales, and the utility of our design tools to demonstrate those differences. 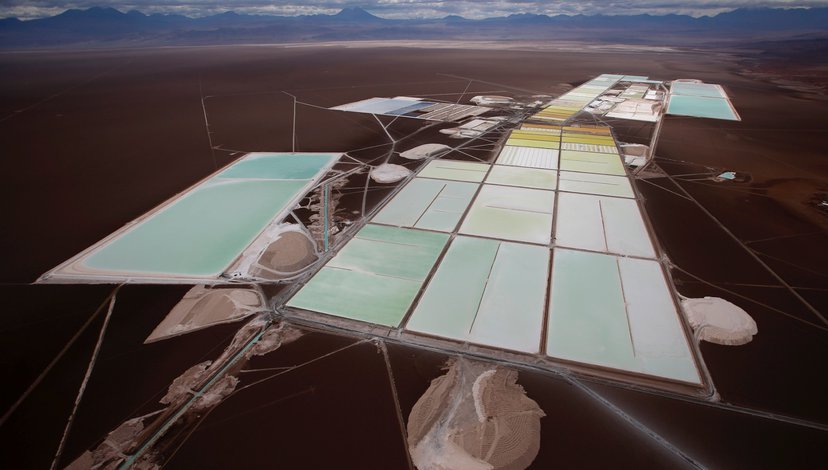 This means considering the burden of proof of specific legal mechanisms against artefacts from ‘non-northern’ knowledge systems. We will be assisted in this brief legal analysis by Alonso Barros, a Chilean lawyer and anthropologist who has been working to support title claims in the Atacama for 25 years.

In the process of engaging these conflicts we will also reflect on our own agency and the role of multimedia design tools pertinent to processes of collaboration as well as representation. How do design processes allow us to engage others and bring unheard voices forward?

In the first two terms we will have the opportunity to consider this through a process of collective work in which time we will be principally engaging partners digitally. This will force us to adapt our engagements but will be useful to reflect on what it means to be a researcher that is far removed from the realities of landscapes and conflicts. We will use this process to ask what roles digital platforms can play in bringing researchers together with local stakeholders but also the role it can play in bringing affected groups together in a way that removes the researcher (us) from a position of gatekeeper; to shared information, disputes and desires. We will have the opportunity during this time to view interviews from previous years, hear from previous students about work in the archive, and will have consistent contact with a number of long-term Chilean contributors to talk about the direction and impact of the work. During this time, we may also curate remote events in which we can engage further participants in particular areas of enquiry. This will allow us to learn through practice, developing the mode through which the research is undertaken at the same time as shaping its eventual outputs.

Our main objective for this year will be to produce an exhibition at the end of term three that sets forward methods of making visible and fighting for different reality claims. It will demonstrate environmental architecture as a multimedia practice that can pluralise territorial distinction in the eyes of the public, media and perhaps government.

We will aim to first curate this exhibition in digital space as a further reflection of the agency of digital platforms for collective research practices and later (conditions permitting), to deploy components of the digital exhibition in-situ in a field trip to Chile. We will work with local partners to curate reflective events as part of the exhibition that give you the opportunity to discuss the work in person with local contributors.

During term two, as we build towards the production of the exhibition material you will begin to reflect on your individual research projects and how you situate yourself in the material we will be framing. You may, therefore, use the events during the exhibitions to further define your specific research area and reach out to certain individuals you think would help you in understanding your research interests or collaboratively frame an event specifically towards a certain area of discussion.

Fundación Desierto de Atacama is an autonomous institution that employs interdisciplinary research for conservation, education and to promote the value of material and immaterial patrimony in the north of Chile. They integrate approaches from different professionals, institutions, local organizations, communities and indigenous towns.

Dr Alonso Barros is a lawyer with two decades of experience in advocacy and anthropology involving projects affecting indigenous peoples territories in Latin America. He has advised negotiations with public and private agencies in territorial, legal and contractual settings. Since 2013, he works as a researcher and litigation lawyer, mediator and arbiter on behalf of indigenous peoples and communities involved with the extractive industry in the Atacama desert.

Claudia Montero is an Archaeologist with the Atacama Desert Foundation.

Rolando Humire is a biochemist and Indigenous Leader. Roland was the President of the Consejo de Pueblos Atacameños, and in that position led the negotiations with the Chilean government for the regulation of lithium extraction facilities in the Atacama Salt Flat. Rolando is key for coordinating with local indigenous groups and organisations in preparation for the Chile Workshop.

Dr Gonzalo Pimentel is Social Anthropologist and Archeologist, he is the Director of the Atacama Desert Foundation, Chile, with a long track record of working with and supporting indigenous communities in their environmental disputes against mining companies. He will provide support from the Atacama Desert Foundation in coordinating the logistic aspects of the Workshop in Chile. 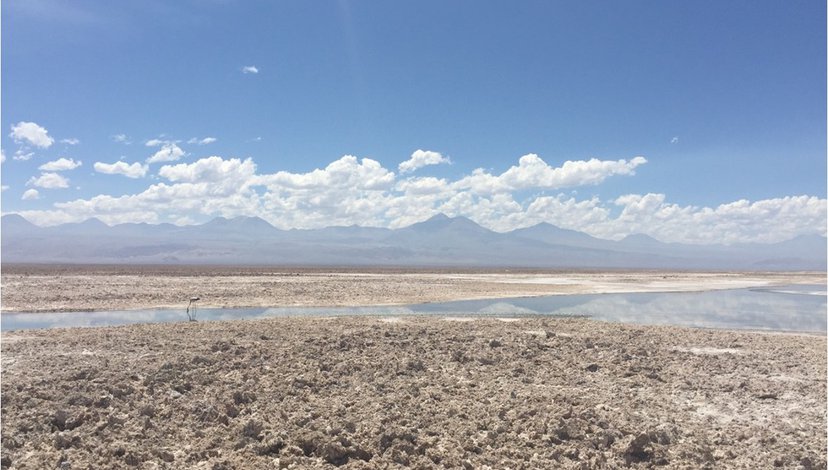 Christina is an architect, landscape architect, and urban designer specialising in conducting design-led research that critically engages the production of knowledge infrastructures related to climate- and neuro-ecologies.