On almost every level, Covid-19 has altered the way we conceive of the city. The city was always a place of contestation and possibility, a condition of enhanced vulnerability and intimacy, a habitat for work and leisure, a home and destination. These identities are now complicated and challenged, as the rules of economy, mobility, and socialisation are transformed. Across the world we’ve seen myriad responses to the pandemic, some coherent and organised, some piecemeal and reactive, some authoritarian and others libertarian. These responses have in some cases protected people and propped up economies, in other circumstances a lack of coherent or collective response has failed to support the very foundations of urban life.

Whatever the case, the rupture in business as usual has meant a reorganisation of space and time in the city. Many of these reorganisations won’t return to their previous condition.

To those interested in shaping the development of cities, the disruptions caused by Covid-19 are opportunities – openings through which to reorganise the individual and collective, physical and digital.

The demands placed on the city and its inhabitants by the pandemic has accelerated trends already underway, making some urban technologies and business models hegemonic, while others have been swiftly put to death. Various actors, some nefarious and others benevolent, are already making moves to make sure that the conflicts the Covid crisis has brought to the fore can serve their agenda for transformation. Some of those actors are seeking profit and increasing riches and the dismantling of governments services, others are seeking to create a commons and expand support for the working classes. While Covid has in some ways exacerbated class positions, it has in other ways brought into the public consciousness conditions and inequalities that were perhaps easier to ignore before the pandemic: the environmental factors that determine health for people and planet, policing practices, the role of class, race, and gender in social mobility, the role of regulatory environments as enabling and hindering access, the functions and forms of work and the lives of workers.

This MA City Design studio will be a partnership with Autonomy, a think tank focusing on the future of work. Autonomy develops briefs, proposals, and reports that reimagine work, focusing on everything from the workweek to basic income, from care workers to high streets refurbished to suit workers’ needs, from learning and leisure as related phenomena. Autonomy’s publications advocate for policies, platforms and programs that reorient what is reasonable and foundational for a 21st Century society. Autonomy_Urban, a branch of the think tank that re-thinks the organisation of the city to support those objectives.

Working with Autonomy_Urban for 2020-2021, the cohort of the MA City Design Studio will rethink the organisation of London through the framework of Post-Pandemic Urbanism. We will consider Covid’s transformations of work, workers, and workplaces, designing physical and digital urban services, networks, and infrastructures in support of a holistically healthy, equitable, and resilient social ecosystem. While London will be the site and condition of our applied work, we will draw inspiration from cities across the globe at all phases of technological development. Our work in London will sometimes focus on specific jurisdictions and districts, with councils, non-profit agencies, and grassroots clients. At other times we will consider campaigns and codes that might support the city as a whole. Sometimes our work will be speculative, propositional, and futuristic, at other times activist, strategic and iterative, and most often a combination of all of the above.

We will always ask, how can we realise the future we want in the present, based on what we’ve inherited from the past?

Four Perspectives on the Reorganisation of Post-Pandemic London

The relationships of proximity are built into the city, some determined by material infrastructures, others by cultural expectations. That said, Covid has shifted the degree to which bodies and agents in space relate to one another, in turn redrawing the intimacies between people in various conditions and configurations, as well as relationships with buildings, machines, animals, pipelines etc. This architecture of proxemics pertains to everything from 2m public social distancing protocols to robotic proxies, which are currently under formal and informal renegotiation.

Before Covid, platforms were already reorganising what was presumed fixed and flexible across the city, from office space to delivery systems. In the private sector, platforms have been known to edge out workers and exacerbate inequities, but they have also provisioned critical distances and digital services during the pandemic. Platform enabled services have already been serving as critical infrastructures, stepping in for services needed but absent from the public realm, and in many cases introducing new forms of automation, convenience, and immediacy. With platforms, what counts as infrastructure, what counts as foundational, and the ways in which the city accommodates emergent forms of interconnectivity and distribution is being reframed. How might the organisation, regulation, and activation of platforms reshape their applications and political dynamics?

The pandemic has forced the conservative UK government to take on an expanded role of regulation, management and government services in emergency response. This includes everything from civil society funding to urban infrastructure, the application of new technologies and techniques for collecting data, for policing the street. It also includes the ways that official and emerging systems that respond to new needs for care, from PPE printers to mutual aid care home supporters. When temporary initiatives are converted into new normals, who will own them and support them? How will they be managed? What new services and interfaces might be needed? How to convert enclosures into commons? How to regulate and ensure the health not only of people but of the built environment, ecosystems, and infrastructures? What kinds of rules and enforcement protocols should we put in place to organise them?

The flows of the city have been changed through Covid. People are no longer commuting in the same way, supply chains (from food to medicine) were diverted, animals re-enter the city in different ways, planes no longer travel the same routes and cities across the world, including London, are testing how much they can sustain continuing to be nodes of global transfer and interchange. These patterns will inevitably carve out new paths and patterns of movement. Places that once provided places for workers to recharge, relax, use the bathroom, etc in the public sphere are no longer such. On a broader scale, the UK continues to be a destination for migrants, upholding entrenched social class positions, with increasing tension between a cosmopolitan London and attempts across the UK to return to a pastoral British ideal.

Proposals: Developed design pieces that offer proposed alternatives towards challenges or issues. Include speculative challenges an.

Reports: Extensive analyses of an issue, compiling briefings and proposals as well as visual tools. 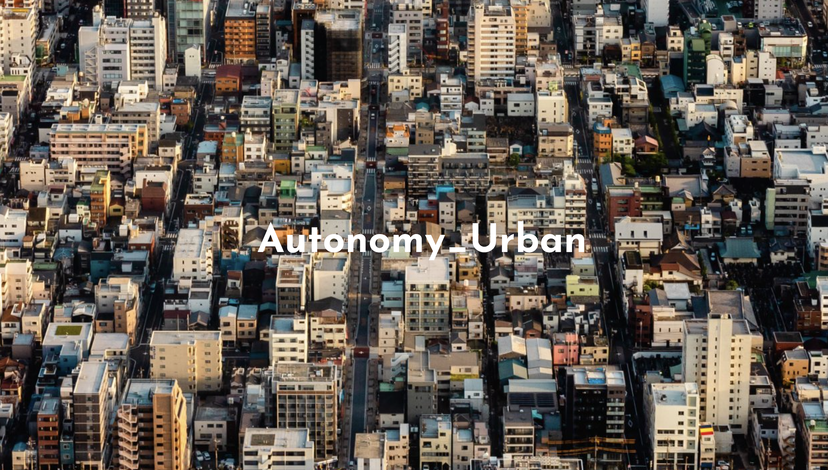 This MA City Design studio is a partnership with Autonomy_Urban, a branch of the think tank Autonomy which focuses on the future of work.

Julian is an architect and urban designer. He leads the urban research branch of Autonomy UK, a think tank focussing on the future of work.