A transnational project exploring how training and education in art and culture can reflect on, and respond to, conflict through audience participation and co-production.

Watch an introduction to the Residency video 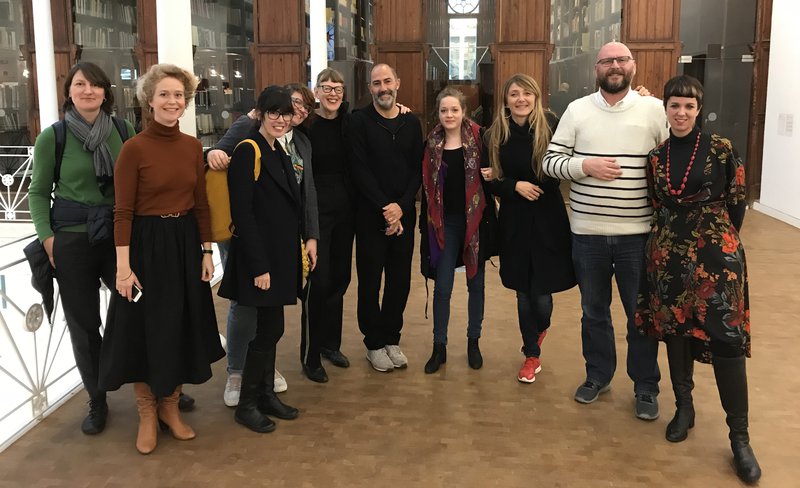 The European Commission has acknowledged that tackling the challenges of the refugee crisis, and threats to security and freedom of expression, is a European obligation that requires a comprehensive strategy and a determined effort. It has emphasised the role of culture and the arts in contributing towards building a more cohesive and open society.

4Cs’ core objectives are to:

The RCA’s focus is on artists who are concerned with a colonial past which continues to be misunderstood and often misrepresented.

In response to the result of the UK referendum over EU membership, the research is positioned in direct relation to the current febrile divisions over Brexit, rising populism and nationalism, an increasingly hostile immigration system, and the UK’s changing relationship with Europe and the shifting world order.

Studio Visits in Sweden and Lithuania (2018) 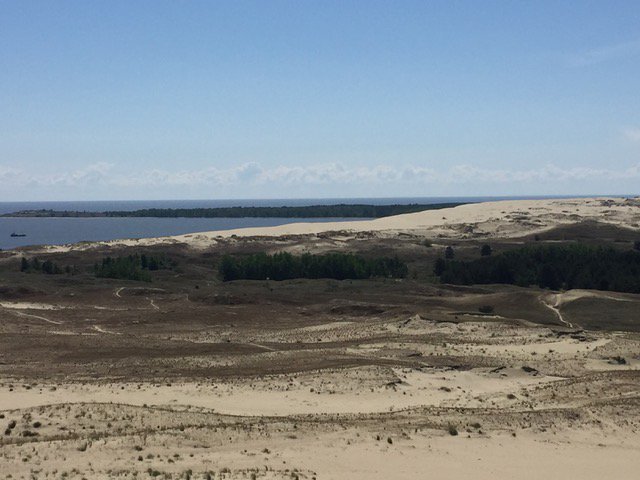 Michaela Crimmin, the UK Creative director for 4Cs, undertook two international studio visits. The first was to Tensta Konstall, northwest of Stockholm city centre. The second was to Nida Art Colony, located on the Curonian spit near the Kaliningrad border. During the visits Michaela met with artists working in Sweden or Lithuania whose interests related to the focus of the 4Cs project. 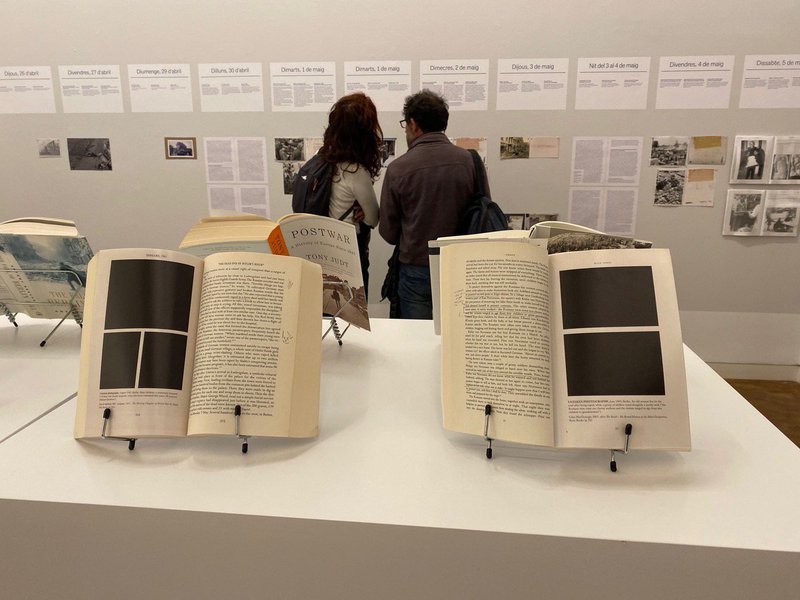 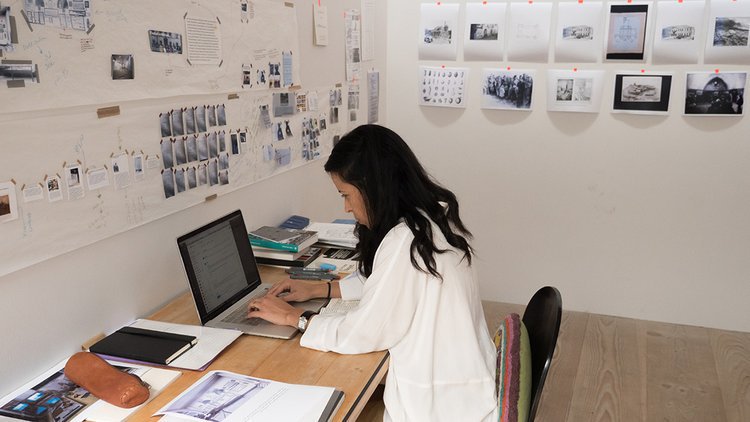 After an extensive selection process, advised by international artists and curators, Noor Abuarafeh was selected as the UK artist-in-residence and invited to London. A Palestinian artist living and working in Jerusalem, Abuarafeh questions how history is constructed, visualised, perceived, and understood; how all these elements are related to fact and fiction, including imagining the past when there are gaps in documentation. Her research in London focused on the whereabouts of works by Palestinian artists from exhibitions that took place in Europe in the last century, and particularly from an exhibition in 1919 held at the Imperial War Museum. Lost, overlooked, displaced, or hidden, these artworks and the process of finding them have acted as a metaphor for displaced and marginalised people, a constructive reclamation of history as an act of reconciliation, contextualising the present in the past. The Delfina Foundation hosted Noor’s residency. Hilary Roberts, Research Curator of Photography at the Imperial War Museums, and Jack Persekian, director of the Al-Ma’mal Foundation for Contemporary Art in Jerusalem, both supported the residency.

One outcome of the residency was an art book entitled ‘Rumours Began Some Time Ago’, a response to the question ‘how can we document what is absent?’ The book includes an illustrated account of British involvement during the Mandate where civil servants sought to create a museum dedicated to Palestinian art and crafts in Jerusalem. It focuses particularly on the role of the ‘Pro Jerusalem Society’, established in 1917 by Sir Ronald Storrs, the then Military Governor of Jerusalem. 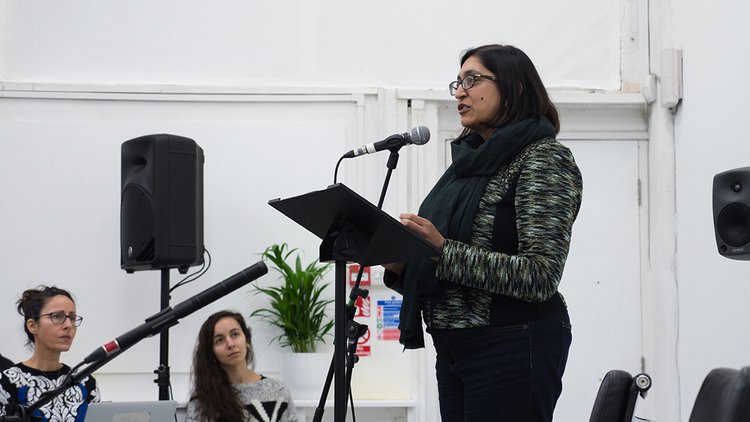 The workshop took place in the same month that the UK was due to leave the EU on 31 March 2019. It began with a screening of French-Moroccan artist Bouchra Khalili’s ‘The Tempest Society’, and the launch of her book by the same name, in a partnership between the RCA, The Showroom and Book Works. ‘The Tempest Society’ revisits Al Assifa, a politicised theatre group born out of the struggles of the Mouvement des Travailleurs Arabes (MTA), the situation of Palestine, anti-colonialism, and workers’ and immigrant labour rights.

Curated by Elvira Dyangani Ose (The Showroom), with Michaela Crimmin (RCA), and Richard Martin and Luisa Ulyett (Tate), the following two sessions, a one-day symposium held at The Showroom, and a concluding evening event held at Tate, were titled: 'This is No Longer that Place: a public discussion". Speakers and audience were asked to address the extent to which art can affect change when addressing issues of migration, displacement, and access. What is the capacity of artists and arts institutions to intervene in the current geopolitical climate? Gurminder Bhambra, professor of postcolonial and decolonial studies at the University of Sussex, gave the opening keynote addressing the inter-related subjects of national sovereignty, immigration laws, empire, racism, and dispossession. The artists and curators who followed included Kathrin Böhm, who talked about the artist-run pro-Remain campaign ‘Keep it complex – make it clear!’; Austrian artist Oliver Ressler who described projects which challenge racism and power structures; and Peruvian, Barcelona-based artist Daniela Ortiz, who took issue with the violence of migration and integration politics.

As part of the 4Cs project, the eight partners are each producing handbooks describing and reflecting on the delivery of a key 4Cs event they are managing. These will exist as stand-alone texts and collated into a joint 4Cs volume. The RCA team decided to focus on the Workshop for their contribution. The illustrated Workshop Handbook, This is No Longer That Place, written by Michaela Crimmin and Peter Oakley, was published online in July 2020. 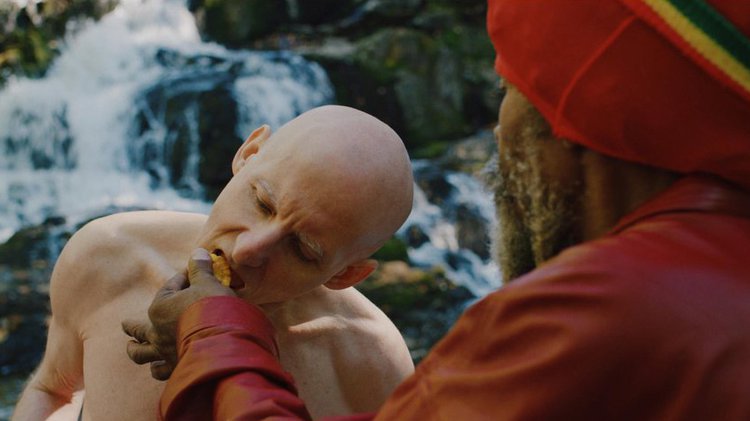 Taking place at Gasworks and then touring to Spike Island, Bristol, this will be the first UK solo exhibition by Brooklyn-based filmmakers Adam Shingwak Khalil and Bayley Sweitzer. Acclaimed for their science-fiction political thrillers set against a backdrop of racialised police brutality and mass surveillance, their films combine camcorder footage and pro-shot video, digital animation and drone imaging. Multiple sources and formats are woven together into a kaleidoscopic experience that subverts traditional forms of storytelling by engaging with indigenous worldviews, queer energies and minoritarian politics. Curated by Sabel Gabaldon, Gasworks, in association with Michaela Crimmin, RCA.

A free catalogue will be distributed during the exhibition.

Azar Mahmoudian is guest curating film screenings to take place in Spring 2021. These will be free and open to all. 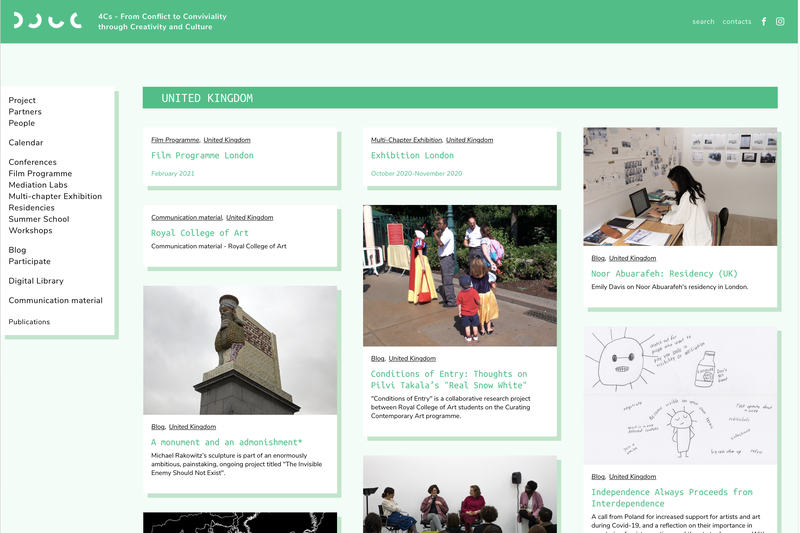 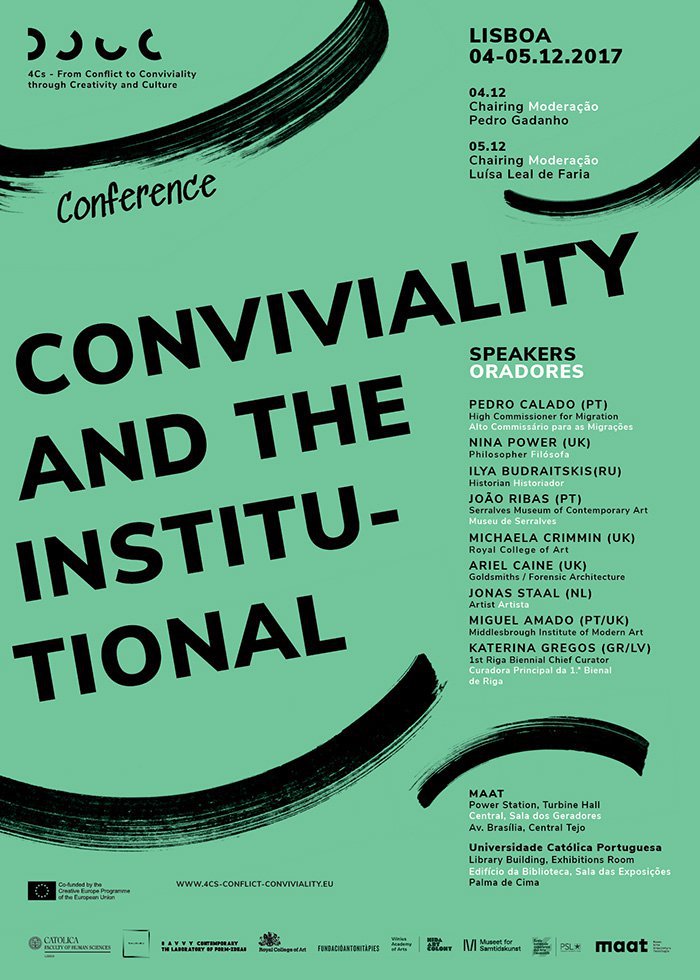 Michaela Crimmin and Nina Power presented papers at Conviviality and the Institutional, a two day 4Cs conference held at the Museum of Art, Architecture and Technology and at Universidade Católica Portuguesa in Lisbon, 4-5 December 2017. 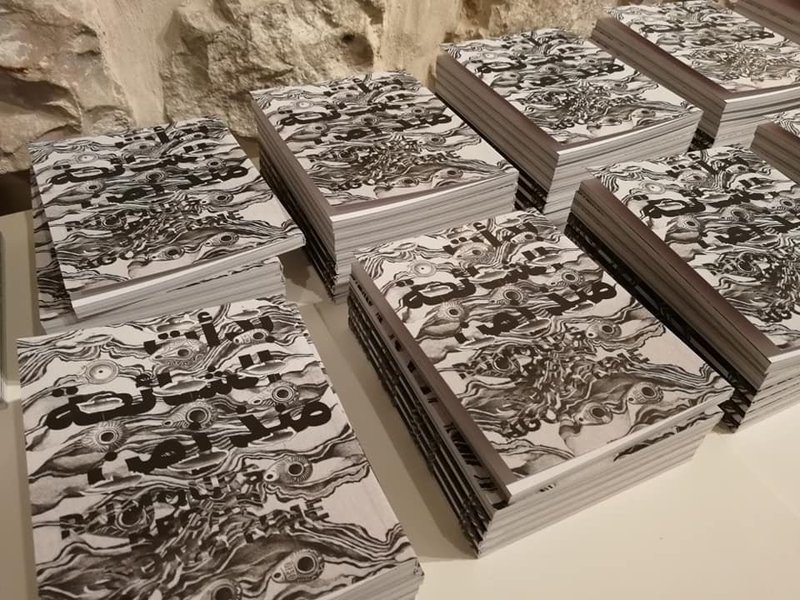 This Is No Longer That Place: A Public Discussion

This Is No Longer That Place, Workshop Handbook 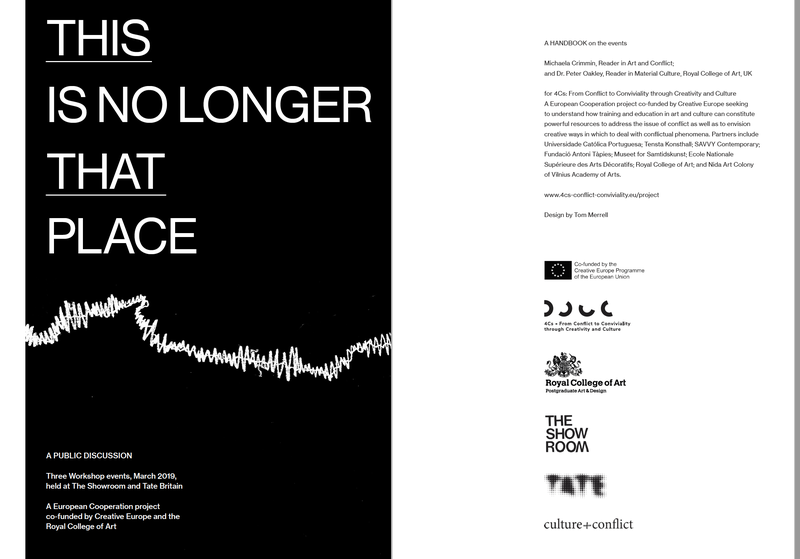 A Handbook describing the development and delivery of the 4Cs Workshop held at The Showroom and Tate Britain, with reflections on developing and managing the event, authored by Michaela Crimmin and Dr Peter Oakley.

Reader in Art and Conflict

Michaela is Reader in Art and Conflict and is the UK artistic director of 4Cs, a four-year EU-funded programme.