Here, he discusses his experience of study at the RCA, his dual role as curator and artistic director with M WOODS as well as his ‘curatorial addictions’. 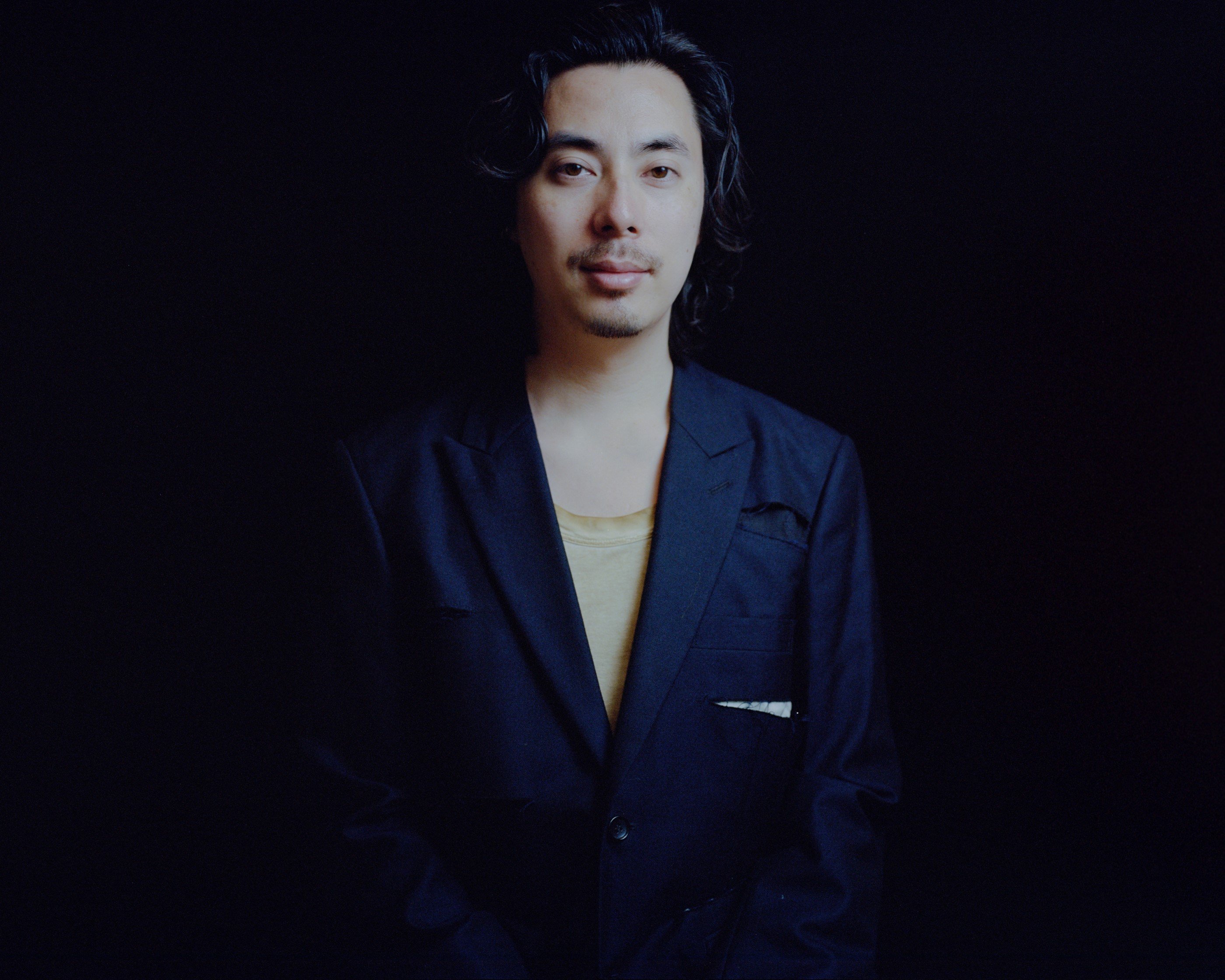 Could you tell us about how you ended up in your current role, and how your time at the RCA helped prepare you for this career path?

In many ways, running an art museum in China is also my way of reconsidering the importance of Europe to my practice. This might bother some cartographers, but I have always viewed London as a part of Asia(s), so I feel like I’m still operating within the region.

There’s something very experimental about developing an art museum in China and this raises questions that maybe don’t have answers, or at least cannot be answered now or by this generation.

There’s a recurring need in my practice to question the multilateral web of conduits and interconnections that I call the non-linear progression of contemporary Chinese art (which often operates outside of China). This is a pursuit that requires me to move between regions and spaces. The scholar and activist Angela Davis once described having a nostalgia for something that is not yet here, and this was a feeling that also resonated with my own thinking.

Each generation will experience the RCA in its own way. The RCA made me more fluent in a type of institutional language – one that makes us more aware of the mechanisms at play between culture and authority in Europe. Because I come from a more non-traditional curatorial background, this was helpful to learn.

“I was persuaded by the programme’s structure: in particular, having to organise your final exhibition as a group.”

What do you enjoy most about being a curator and artistic director? And what do you find most challenging?

Can being a curator ever not be about a public? About a community? Or is curating about articulating the inarticulate?

Like everything within a museum, an exhibition is a contested site. Remembering that an exhibition can be used to counter hegemony or provide forms of alternative care is important. Yet, how do we understand the role of a museum or of an exhibition within a context where some ideas, opinions and forms of expression are firmly regulated? Under such circumstances even the existence of a contemporary art museum is a radical act. I guess it is within these kinds of questions that my joys and challenges meet seamlessly.

Recently, as an artistic director of a museum with a staff of around 60, I have been spending more time thinking about the working environment that surrounds a museum and how that too can influence a museum’s institutional logic. Everything from health and safety to the wellbeing of colleagues must be constantly reconsidered.

I often feel that within the creative industries there’s an inevitable erasure of the division between work and life that leaves people burned out. Museums have a strange way of showing you that people are more important than exhibitions. Therefore, I’ve been transitioning from a practice rooted in exhibitions to one that works to reconsider institutional structures. 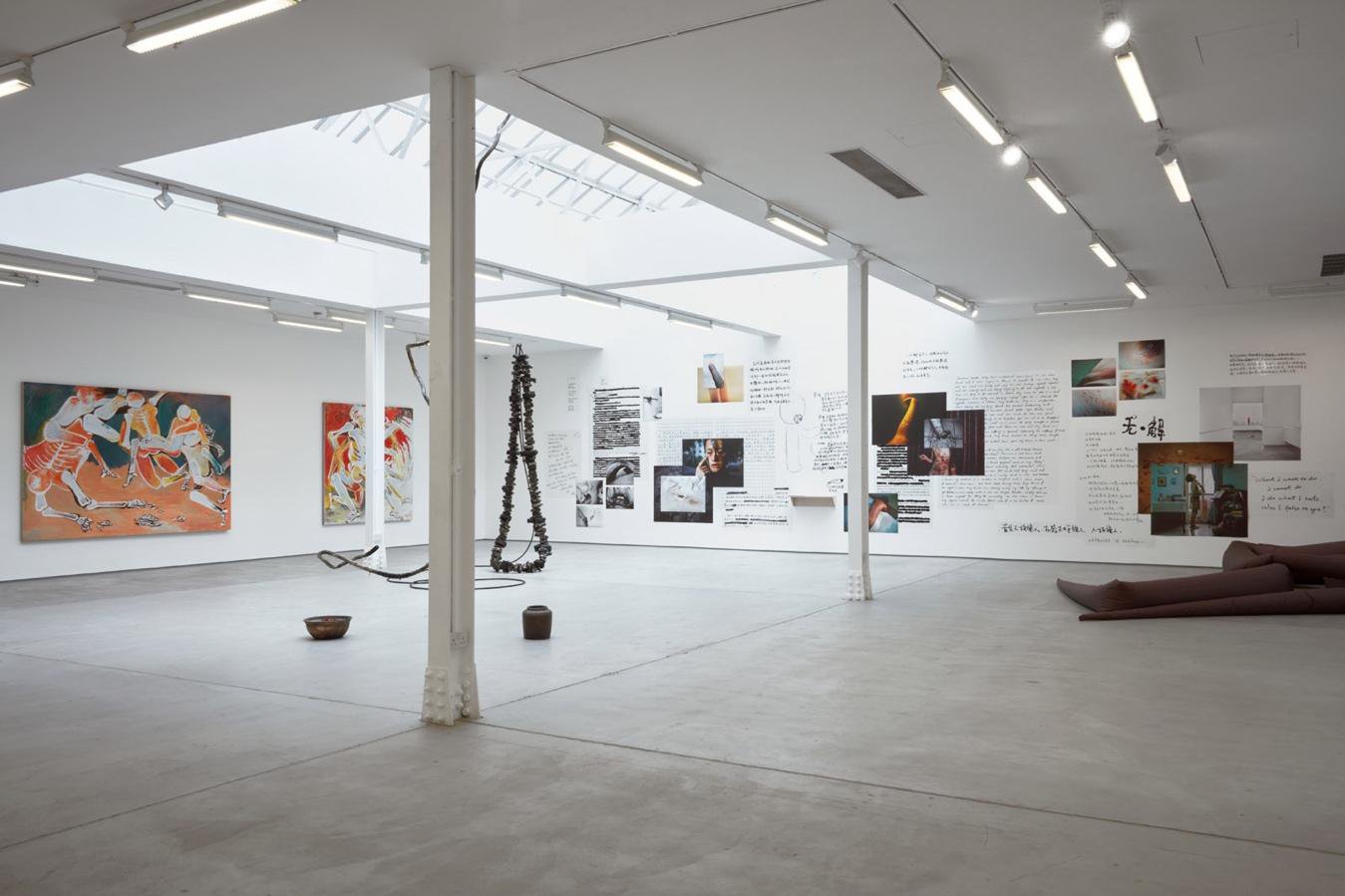 How did you end up studying MA Curating Contemporary Art at the RCA? What in particular about the curating programme here, or the wider institution appealed to you?

I was in my mid-twenties, somewhat restless and living in Berlin, and becoming more and more weary of critical discussions in lovely bars and museums (although Berlin during this period had great artistic convergence). I had never been to London but I had friends who had graduated from the RCA’s CCA programme and they often advised me to consider it. I was persuaded by the programme’s structure: in particular, having to organise your final exhibition as a group. This seemed an ideal exercise to me and, within a curatorial programme, offered an obvious opportunity to learn many skills.

When I was at the RCA, I remember being stirred by how tutors such as Jean Fisher and Karen Alexander situated postcolonialism firmly within the course curriculum. The RCA Library holds a lot of sentimental feeling for me as well. I recall trying to organise an ‘exhibition in disguise’ in the Library in my first year. The librarian Cathy Johns is a true hero, she kindly helped me authorise it with the powers that be. I was that student – I was met with ‘You can’t do that in a library!’ – but I did, regardless.

“Museums have a strange way of showing you that people are more important than exhibitions.” 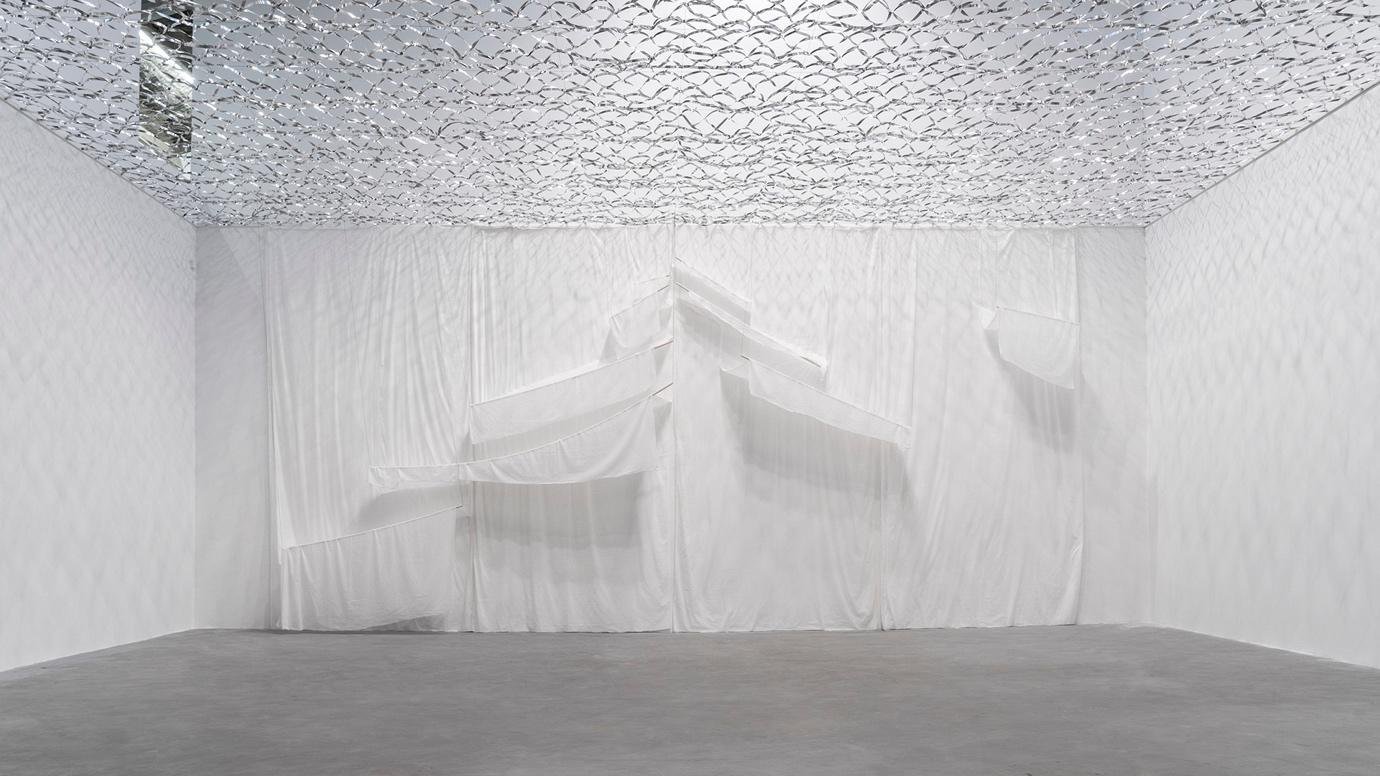 You have worked on several curatorial projects that have either brought artists from Asia to a Western audience (for instance founding the Institute of Asian Performance Art or curating the exhibition Afterimage: Dangdai Yishu at Lisson Gallery), or vice versa (showing Yinka Shonibare, Giorgio Morandi and Richard Tuttle at M WOODS), or that have highlighted connections and exchange between the two (such as the recent collaborative exhibition between the British Museum and M WOODS, Italian Renaissance Drawings: A Dialogue with China). Why is this kind of cultural exchange and dialogue important or interesting to you as a curator?

Those exhibitions and projects are creatures of a certain moment. They’re attempts to locate myself, and others, inside a Euro-American art history. Therefore, curating pioneering Korean artist Kim Ku Lim’s first live performance in the UK or showing Yinka Shonibare CBE RA's work for the first time in China, is also about trying to make space within systems of exclusion.

My mother is from Chile and my father from China; I was born on unceded Indigenous land of the Coast Salish peoples (modern-day Vancouver, British Columbia), and grew up on xʷməθkʷəy̓əm (Musqueam territory), so language and culture to me were always fluid. Binary thinking was not an option. Therefore, I’ve always struggled (with delight) to complicate conventional modes of belonging. Call it a bad curatorial addiction, but those exhibitions speak to my need to theorise and experiment with the impossibility of representation in art history. It was my way of developing a cultural inquiry that sees multiplicity and flows in art and culture as a primary question.

No education offers a ‘master key’, but it can situate you next to other people who, like me, are caught between islands, coasts or borders.

“When I was at the RCA, I remember being stirred by how tutors situated postcolonialism firmly within the course curriculum.” 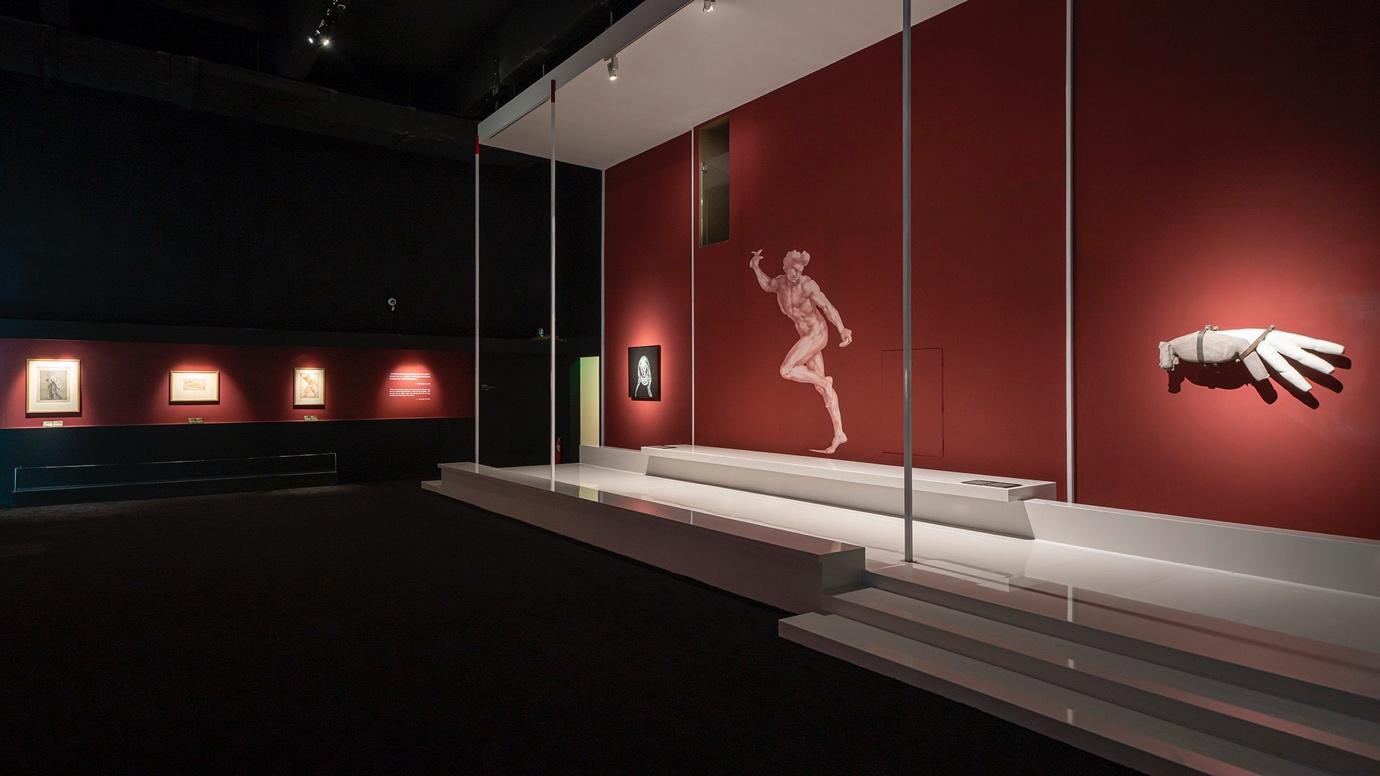 What can curators and art institutions bring to conversations around racial and ethnic identity and representation – and why are these important conversations to have within an art space?

Quite simply, museums have a natural tendency to encase identity for display.

Within the Western context, museums have done two things at once. First, they benefited from certain colonial practices put in motion by early ethnographers and anthropologists, and second, they, without knowing it, can retain a certain covert attachment to identity as a type of static national project. Thus, as in the days of empire building, we’re right back to collecting geographies. Or what scholar James Clifford called neo-colonial forms of representation in museums.

The assumption is that we are minorities. When we are actually third world majorities. Identity is one thing, but I’ve always felt that institutions have a harder time discussing wages than ethnicity.

Not all institutions are the same, of course. The good ones provide access for a wider community than just the art-educated few with an MA. Therefore, it’s important to interrogate these spaces and to suggest other possibilities, other patterns and scales, migrations and vectors.

As well as curating you have also lectured, written for art magazines and edited publications – in what way did the CCA programme prepare you for this kind of diverse practice?

I’m not sure my practice is purely a product of the RCA. But I did have many formative experiences there. I remember one time when Brian Dillon [then head of MA Writing] asked us to write a review of an exhibition using less than 200 words. That was new for me. How was I supposed to weave together abstract sentiment, methodical brushwork and the Italian Renaissance in 200 words? It was a fun exercise. For me, the shock of that class still persists.

Discover where MA Curating Contemporary Art might take you.