In 2020, she released her SS21 Collection The Ideal Man via Alessandro Michele’s #GucciFest, a digital fashion and film festival showcasing fifteen independent designers. The same year, she exhibited work at Palais de Tokyo in Paris for their Drawing a Blank exhibit and released a new zine We Are One of the Same as part of London's first digital Fashion Week. We spoke about what's inspired her in fashion and what she wants to achieve through her brand. 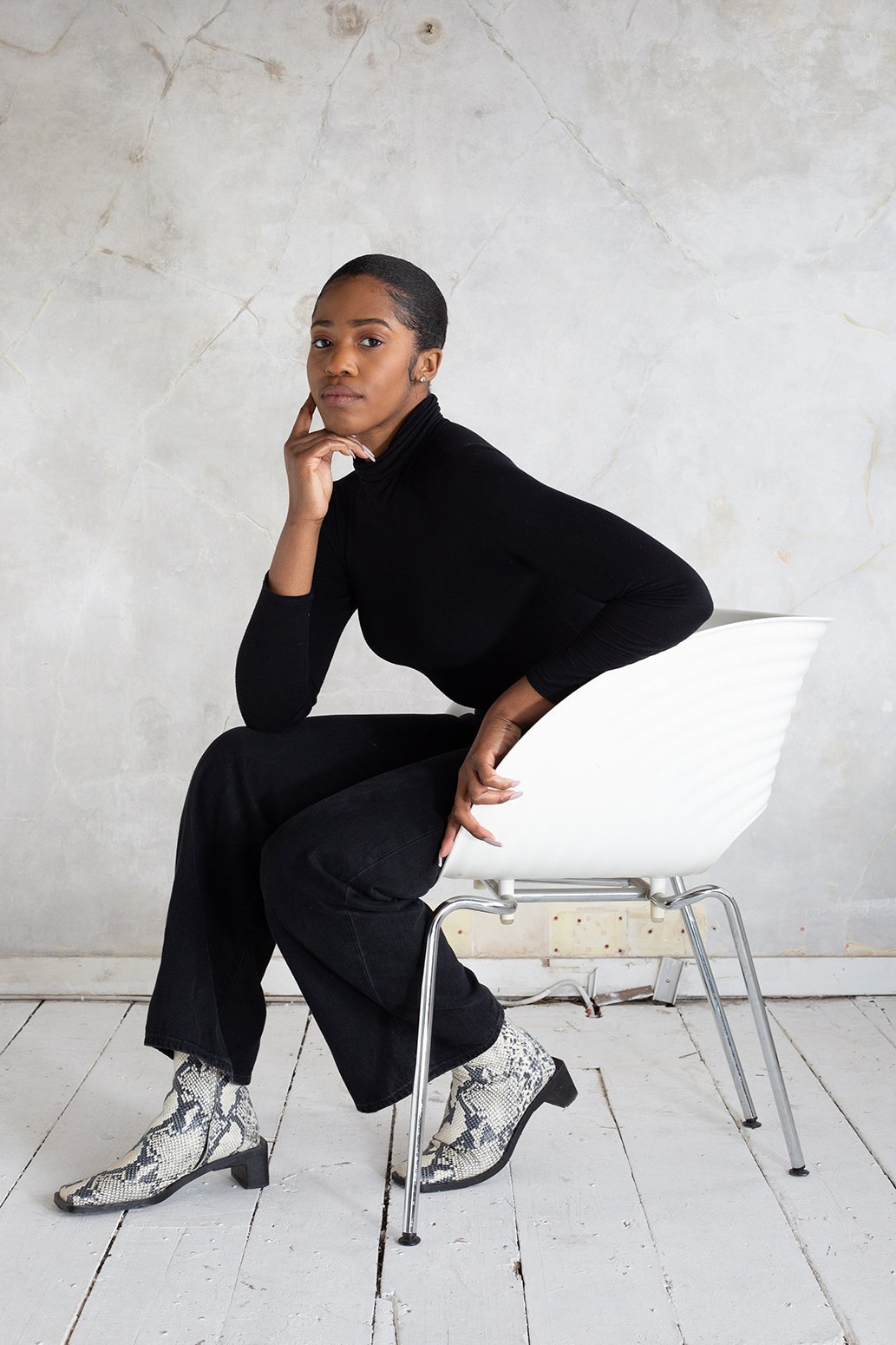 Did you always want to be a menswear designer?

I always thought about it but didn’t know 100 per cent  how to make it happen. I had a conversation with a tutor who suggested it.  I was hesitant, but then I tried it – I designed my first collection around the men in my family who were part of a funk band – and I went with it.

I was able to find my own aesthetic in menswear, as there was less to see and more space to change at the time.

“At the RCA we were taught to work with people at the opposite end of creativity. This is how we expand and grow what fashion is.”

You’ve worked in a really broad range of mediums from zine publications to short films to gallery exhibitions across the world. Did you expect your work as a fashion designer to be this wide-ranging?

The main reason I started my brand was to have the autonomy to work with whoever on whatever I wanted and to bounce off people who are creatively different from me.  Whilst I was at the RCA I became heavily inspired by the way we were taught. We were taught to create our world outside of fashion and work with people at the opposite end of creativity. This is how we expand and grow what fashion is and how far you can inspire people.

How has your time at the RCA helped you build a career in fashion?

I had the best tutors who were all amazing. Listening to the Head of Programme, Zowie Broach speak, and how much she pushed us to think outside the box is something I am forever grateful for.

I also enjoyed having Brian Kirby as a menswear tutor. He cared a lot about my work and was really excited about each of his students. He understood where I needed to take my designing and my research 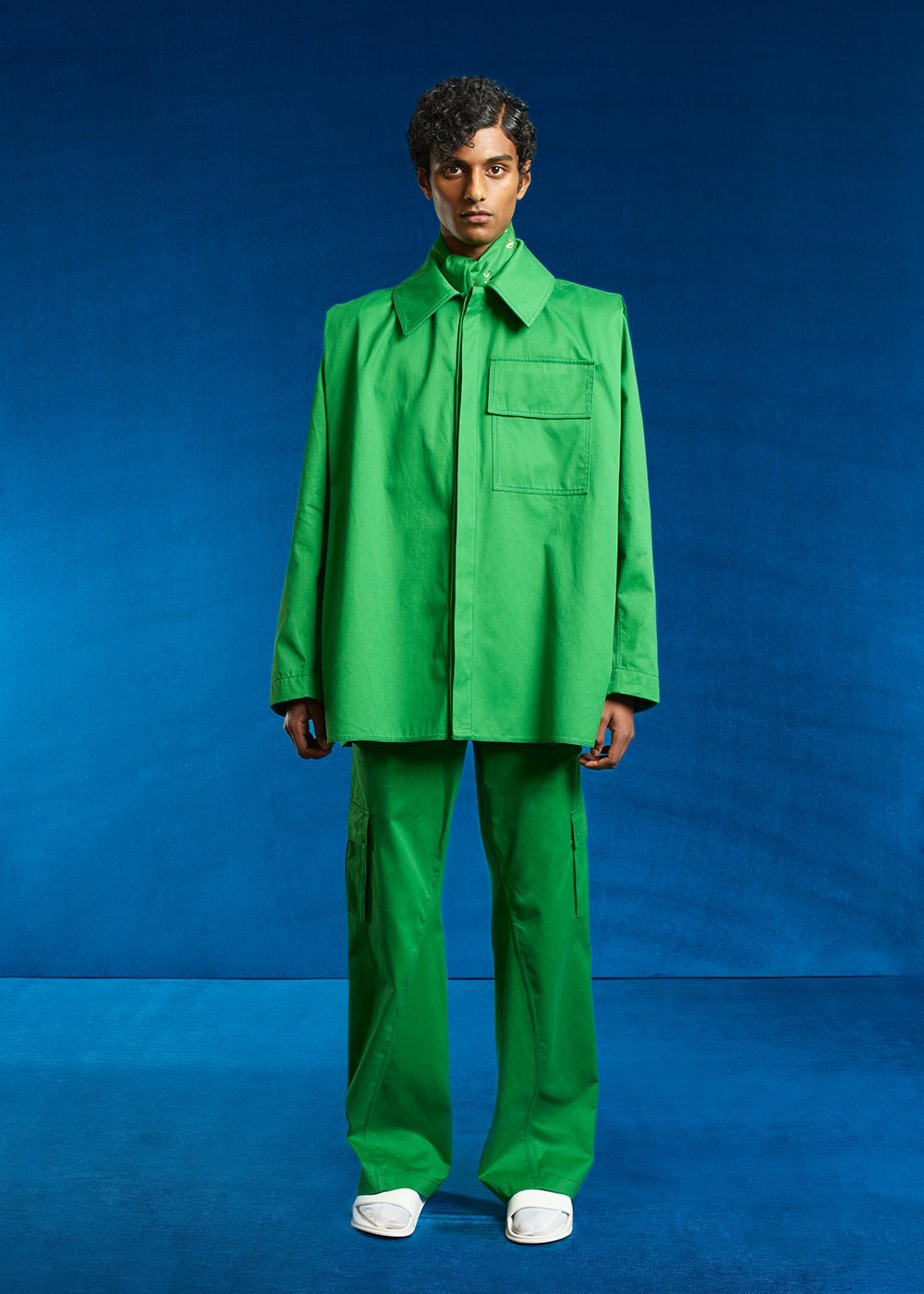 You’ve spoken about how your family, particularly the men in your family, have influenced your work. Can you tell us about that?

Dressing well and looking good is a big thing that my family prides themselves on. Even going to a small event it was a big deal to make sure we all looked our best in front of people. I definitely think that is a big part of Jamaican culture.

I often think of my dad when it comes to buying quality clothes and shoes. He always stressed that it's better to have one thing well-made than to have many things that aren’t as good quality.

“I would hope my male customers feel free and liberated wearing something that might be considered unusual for traditional menswear.”

Your work has been described as challenging gender norms, especially around masculinity. Is it important to you that fashion can change the way we see ourselves?

Yes definitely! I think menswear compared to womenswear has a lot more barriers to break down when it comes to dressing and how you present yourself. With womenswear there is a lot more freedom. I would hope my male customers feel free and liberated wearing something that might be considered unusual for traditional menswear.

You’ve recently worked on a film for #GucciFest – The Pedestrian. What was the film about?

It was such an exciting project to be a part of and I am really grateful that Gucci gave me the support to create something for my brand. It was inspired by a scene from Spike Lee’s She’s Gotta Have It, where the men are using their chat up lines to get the main girl in the film.

The film features eight models answering questions about their relationships and love lives. The models are dressed in the brand’s Pre-Fall collection made exclusively for the project.

The film is about seeing how different people respond to the same questions in unique ways. Not just in what they say, but how they stand, their body language, facial expression and how they wear the clothes. This kind of multiplicity is what drives my work and I love it. 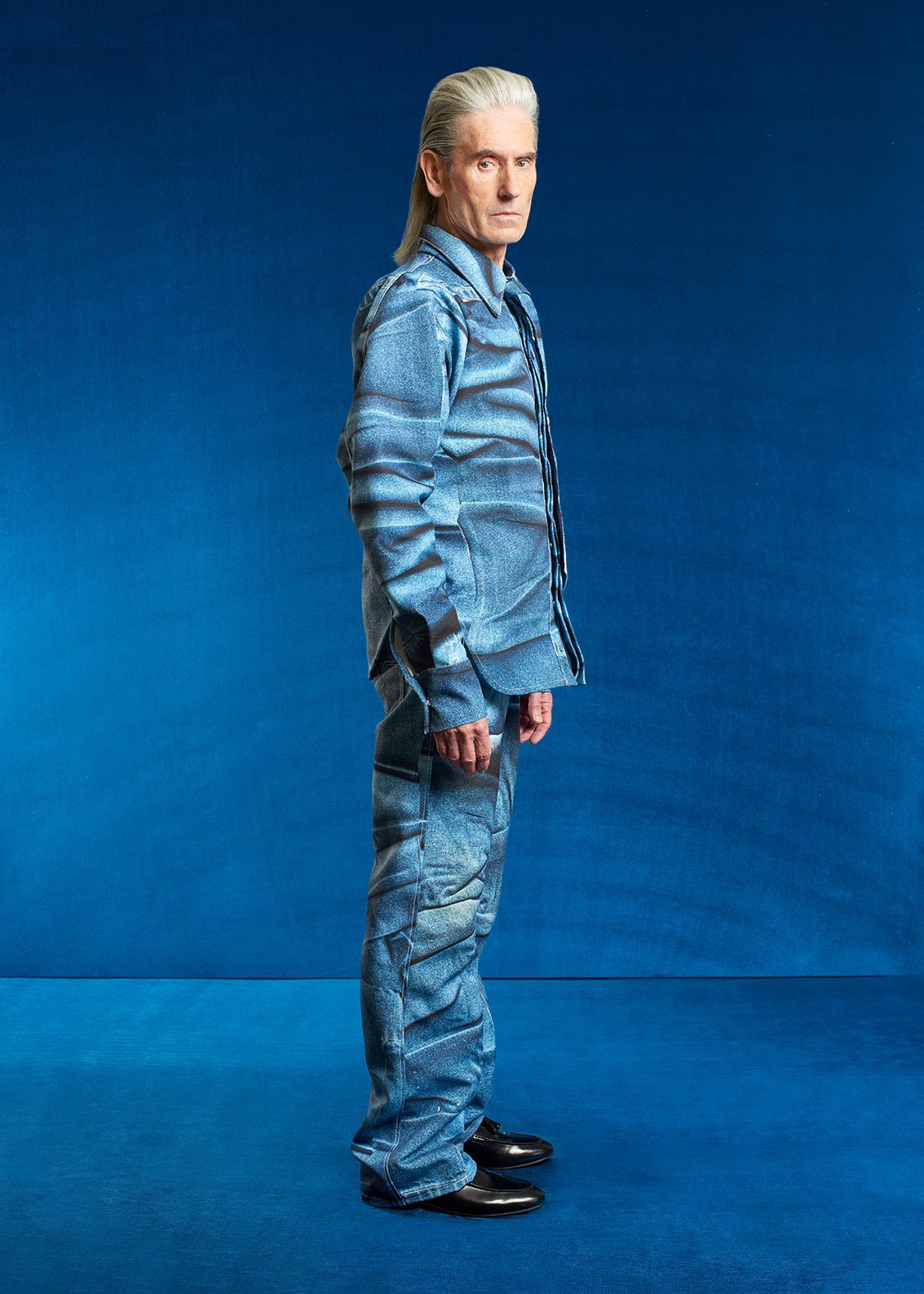 “I want to create my own world that people can step into.”

What’s next for your brand?

I really want to consult on other brands and fashion houses and I want to expand the team. I’m the only full-time person. I have a stylist, a PR agency and one part-time person in the lead up to shows, but aside from that I do everything. I definitely struggle, but I have friends who are doing the same thing as me – I speak to Saul Nash (MA Fashion, 2018) almost every day, which helps when sorting out business problems.

Next up is my AW21 collection, debuting at London Fashion Week in February! My ultimate ambition is to become a household name, not just in fashion but in interiors, furniture – I want to create my own world that people can step into.

Want to join the next generation of fashion?

Find out about MA Fashion