At a time of accelerating global warming, rapid melting of glaciers and rising sea levels Polar Zero invites us to pause and reflect on humanity’s impact on our past, present and future climate.

The centrepieces of the exhibition are a cylindrical glass sculpture encasing Antarctic air from the year 1765 – the date that scientists say predates the Industrial Revolution – and an Antarctic ice core containing trapped air bubbles that reveal a unique record of our past climate. The exhibition theme is one of hope and optimism.

Polar Zero, a collaboration between British Antarctic Survey (BAS), global engineering and consulting firm Arup and the Royal College of Art (RCA), is funded by the Arts and Humanities Research Council (AHRC). 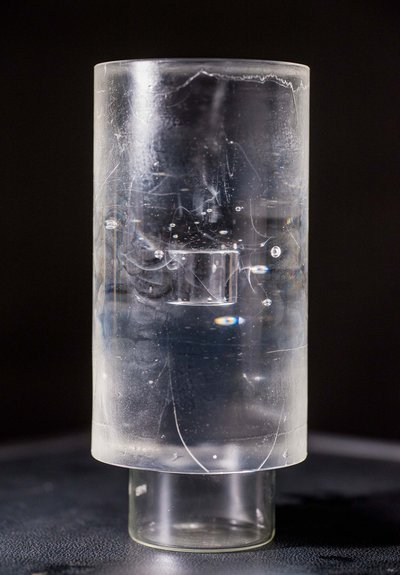 Ice cores are cylinders of ice drilled out of an ice sheet or glacier. They contain information about past temperature, and many other aspects of the environment. Crucially, the ice encloses small bubbles of air that contain a sample of the atmosphere – from these it is possible to measure directly the past concentration of gases (including carbon dioxide and methane) in the atmosphere.

1765 –Antarctic air encases an air sample extracted from an Antarctic ice core and preserved forever within the sculpture. This air connects us with a pivotal moment in the Earth’s history, the dawn of the industrial revolution. BAS ice-core laboratories reveal 1765 as a crucial date after which human activity began to fundamentally accelerate the growth of greenhouse gases in the Earth’s atmosphere.

Over 250 years ago Scottish inventor James Watt improved the steam engine to reduce waste and cut fuel costs. This innovation sparked the Industrial Revolution and a chain reaction that changed the world. 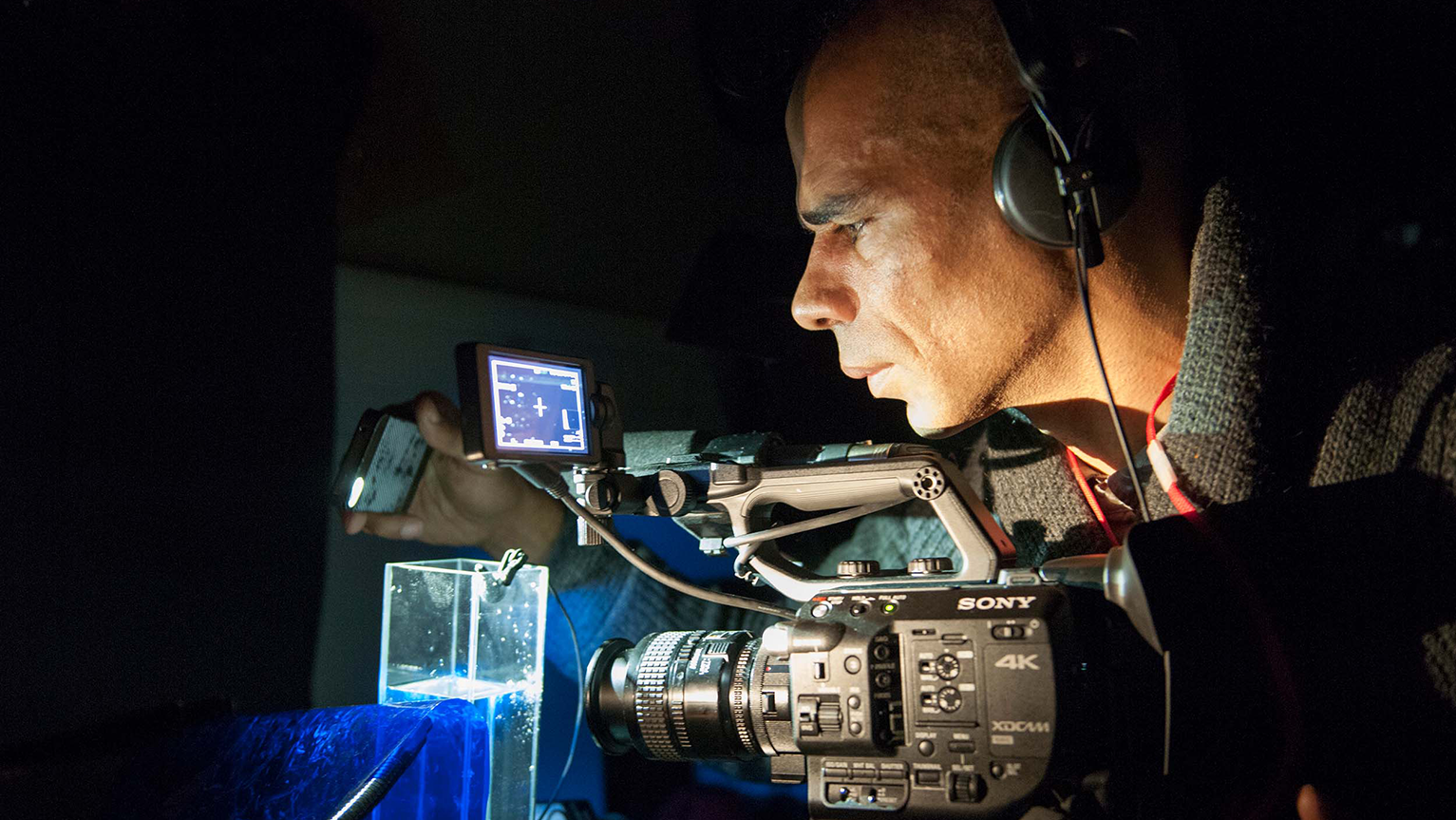 Arup’s engineering expertise was critical to realising Polar Zero. This is the first time that anyone has attempted to extract ancient air from an ice core and encase it within a glass sculpture. Exhibiting an ice core without it melting completely is a technical feat that requires precise calculations and creative thinking to construct the right level of insulation while still allowing the visitors to get up close to the ice.

Visitors to Polar Zero will experience the sound of ancient air bubbles popping as an Antarctic Peninsula ice core emerges from an insulated tube. As it drips and melts away it captures the fragility of the polar ice. Audio recordings of these ancient gases escaping from ice cores have been incorporated by the artist into a musical soundtrack that evokes the sense of time ticking away, completing this intimate multi-sensory experience.

Fragments from Ice Stories – personal anecdotes, memories and oral testimonies from national and international scientists and experts whose lived experiences of the Arctic and Antarctic – hint at the science that inspires the artworks.

Polar Zero is made possible by funding from the Arts & Humanities Research Council.

Find out more about Research at the RCA

Register your interest with us here