“Drawing is one of our oldest ways of working things out, it was there before language, we know how to do it, we don’t need to be taught. Drawing helps you to see the world around you differently. It is an enhanced way of looking.”

After graduating from the RCA Marion went on to co-form an art and design studio. Her output has seen projects that span across corporate, literature, publishing, editorial, packaging, advertising, web, brand development, craft and interior design. Marion’s work with major design and advertising agencies include clients such as Royal Mail, Carluccio’s and the Imperial War Museum, resulting in gold and silver awards at the Art Director’s Club New York and four D&AD pencils.

Her ‘Let’s Make Some Great Art’ series of art activity books for Laurence King Publishing have won numerous awards and been translated into 22 languages. She has also written and illustrated many picture books, including Bob the Artist, about a blackbird who finds his true self through the power of art.

She is a member of the Alliance Graphique Internationale and a Royal Designer for Industry.

You say that drawing has an appeal that is timeless. Do you think there is a ‘proper’ way to draw? Or is it personal?

There is no proper way to draw. Drawing is highly individual and should be taught more in this way. Too much emphasis is placed on achieving realism, whereas drawing in its purest sense can convey so much more.

How does an illustration come together for you? Do you think about the shapes and colours or is it more organic? Could you share a little about your process?

If the illustration is for example, for a newspaper or book cover, then the first thing to do is read the text and try to capture the essence of that text in my head. I may then start with a few scribbles in a notebook and work it through from there before committing to painting or ink.

I tend to make everything in an analog way; pencils, paper, paint, ink, and then scan it into a computer where I scale and alter colour. The artwork ultimately comes together in a digital form.

If I'm working on one of my own books, I tend to work over a longer period of time in very rough sketchbooks. I put anything that I think might be relevant in there, a word, an observation, a film drawing and eventually look at this raw material to develop artwork into the next stage. I work on multiple images at once until one moves closer to the finished artwork.

You have created a globally recognised style of hand lettering that is stunning and clever. Do you approach it differently to illustrating?

Yes, it's quite a different discipline though I try to approach it in the same playful way. I enjoy looking at all different typefaces, from the vernacular to the classic.

In a world that’s fighting for our attention, I feel hand lettering has its place. We are more drawn to it because we can sense the ‘person’ behind the lettering, it feels more real, honest, and immediate. It’s for those reasons it has been used extensively for a positive and negative effect in advertising. 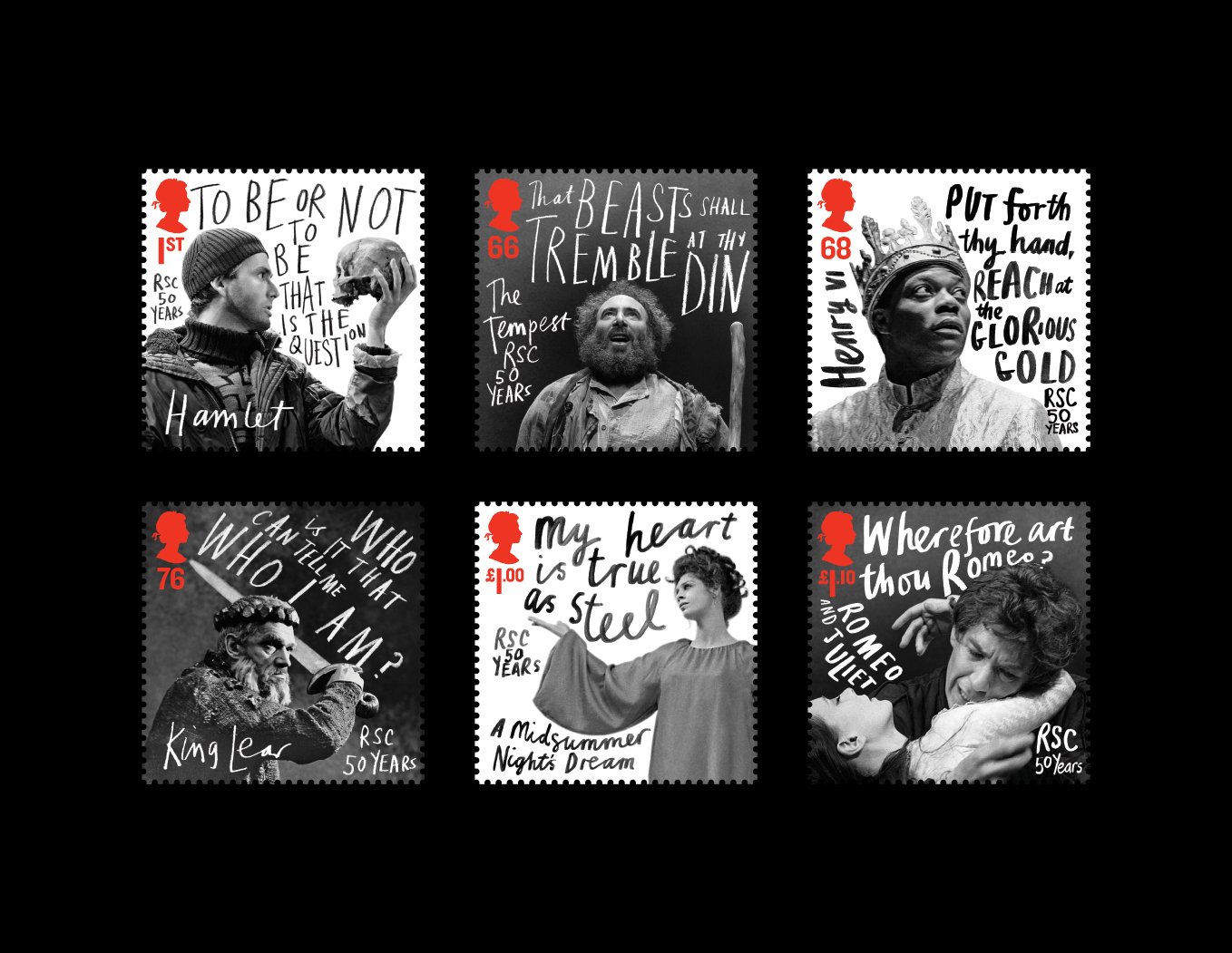 During the pandemic you sought different artistic outlets which have been a joy to look at on Instagram; you felt inspired without the pressure. What’s behind your painting with a mop and shadow puppets?

Yes, I think many people had a creative awakening during the lockdown. For me, it was the novelty of working from home. I've worked in a studio for 30 years so being at home was so strange.

That forced ‘pause’ unleashed a huge global creative renaissance with people sharing their creations and inspiring others in many different ways.

And so I tried to do my bit by inspiring those at home with children to utilise everyday objects around the house to entertain their kids and themselves!

I made puppets from recycled masks, drew with chalk pens on my windows, and started painting with water in my garden. I think what I love about painting with water is that you get the same feeling of painting with pleasure as you do with paint. I also liked its impermanence, it was created for the moment and the only record of it was only by filming it. We were lucky to have very little rain over the first lockdown, or this might not have been so effective!

A door was opened that freed me from working in my studio all the time. I now feel I can make work anywhere and don’t need the perfect environment or the perfect tools to do so.

What have you learnt and done differently during the past year? Was it a good time to realise some projects?

I started practising yoga just over a year ago and it has resulted in a new book called 'Yoga for Stiff Birds'. The clue in the title tells you I'm no expert at it. I enjoyed learning something new (which I think will now continue for the rest of my life) whilst at the same time trying to create artwork related to it that will inspire others to take up yoga practice.

You said that receiving your acceptance letter from the Royal College of Art was like Willy Wonka’s Golden Ticket. Tell us about this time?

I am from a small Scottish town and went to the art college in Dundee. No one from my course had ever gotten a place at the RCA, it seemed like an impossible dream. At the time it was the only MA course in the country and it was well known that it was incredibly difficult to get a place there. I planned to go to London regardless of whether I won a place, but receiving that letter made me jump for joy. It was like a big door opening and someone saying, jump through, everything is possible.

“In a world that’s fighting for our attention, I feel hand lettering has its place. We are more drawn to it because we can sense the ‘person’ behind the lettering, it feels more real, honest, and immediate. It’s for those reasons it has been used extensively for a positive and negative effect in advertising.” 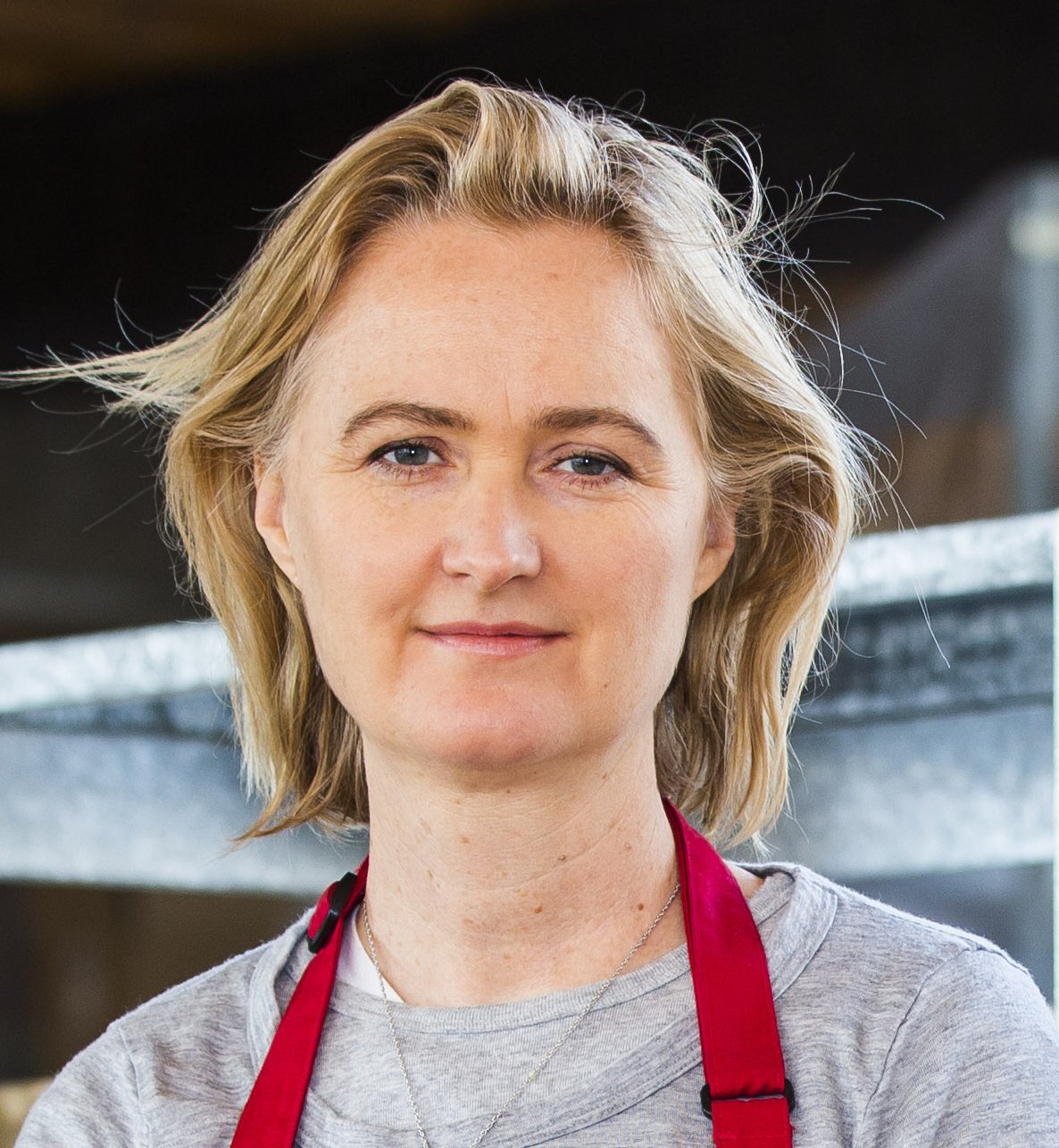 Your clients have ranged from the Royal Mail to the Imperial War Museum. What have been some of your favourite collaborations?

Most of my favourite collaborations have been with the people I've respected and liked. One of my first commissions was for Phil Carter at Carter Wong who really encouraged me to push the boundaries of illustration. I also enjoyed working with Vince Frost, Fernando Guitierrez, and Julian Roberts not to forget my husband and designer Angus Hyland who has always encouraged me.

Tell us about your ‘Let’s Make Some Great Art’ book series.

In 2011 I wrote and illustrated my first book; Let’s Make Some Great Art. It’s an art activity book primarily aimed at children but when I was making it, in my head it was for anyone… I thought that art is ageless and so a 3-year-old will just do it differently from a 93-year-old, but both will be valid.

LMSGA was for me ‘Art school in a book’ I put everything I’d learned at art school and beyond in there.

I was particularly interested in attracting older children and adults who used to love drawing but had stopped and developed a ‘fear’ of drawing which is very common. The book had many playful elements and accessibility to break that fear… little tricks, like how to draw a bicycle or draw Mona Lisa's smile. I also did not want it to be a regular 'how to draw' book. Drawing is one of our oldest ways of working things out, it was there before language, we know how to do it, we don’t need to be taught. Drawing helps you to see the world around you differently. It is an enhanced way of looking and that was my aim with that and subsequent books I've made for Laurence King Publishing. 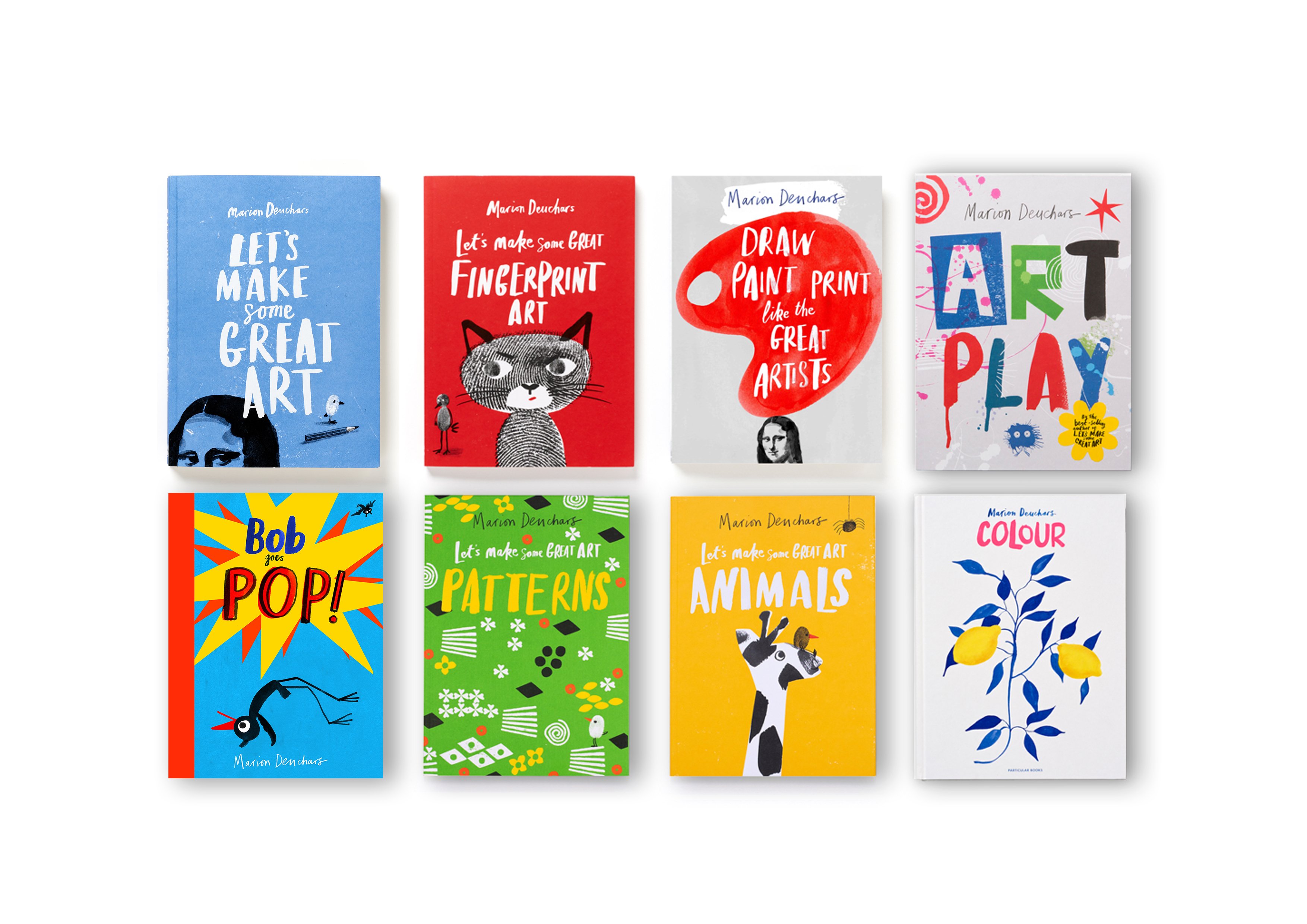 Your Bob books have a lot of truth for adulthood also. Is it your intention to have them read, understood and appreciated on different levels?

Absolutely. Although it is a children's story, a story is just a story, it should be able to be appreciated by anyone. I like to drop in extra layers; like art references or philosophical hints throughout. The main character Bob is like 'Zelig' He is able to morph into different characters and is inspired by my kids, myself, my dog, and Buster Keaton!

Do you have a favourite type of project and can you tell us about what you are currently working on?

At the moment I probably like working on books the most. I’ve just finished two books and will start a picture book in a few weeks time, illustrating a story not written by me. So I’m mostly in between projects. I have to come up with a new book idea for one of my publishers and so the plan for the next few weeks is to do some research and look for inspiration! I first head to the British Museum, one of my favourite places to start. I just wander through some rooms I am not familiar with and see what pops out. I also read a lot so try to combine some of the things I read into my work too.

How do you think the Visual Communication industry has changed? Do you think social media has impacted on this?

Massively. Sometimes I don’t really recognise the world I graduated from in our industry. To be fair it changed as I was first starting out and it was a very exciting time, computers, technology, a world audience rather than a local one, so in many ways things are better than they’ve ever been. Illustration has always been a hugely competitive industry and also very fashion led. Those two things have not changed. Like most people I have a love/hate relationship with social media. The only positive thing I did early on was to impose the same time restrictions I gave to my children, to myself.

The Royal Designers are responsible for designing the world around us, enriching our cultural heritage, driving innovation, inspiring creativity in others and improving our quality of life. The RDI is the highest accolade for designers in the UK. Only 200 designers can hold the title. What does it mean to you to have your work recognised in this way?

Being an RDI is a huge privilege and great for the Illustration industry as there are few RDI illustrators. There is such diversity of talents within RDI and they are finding new ways of using this to inspire the next generation of designers through workshops and mentoring. 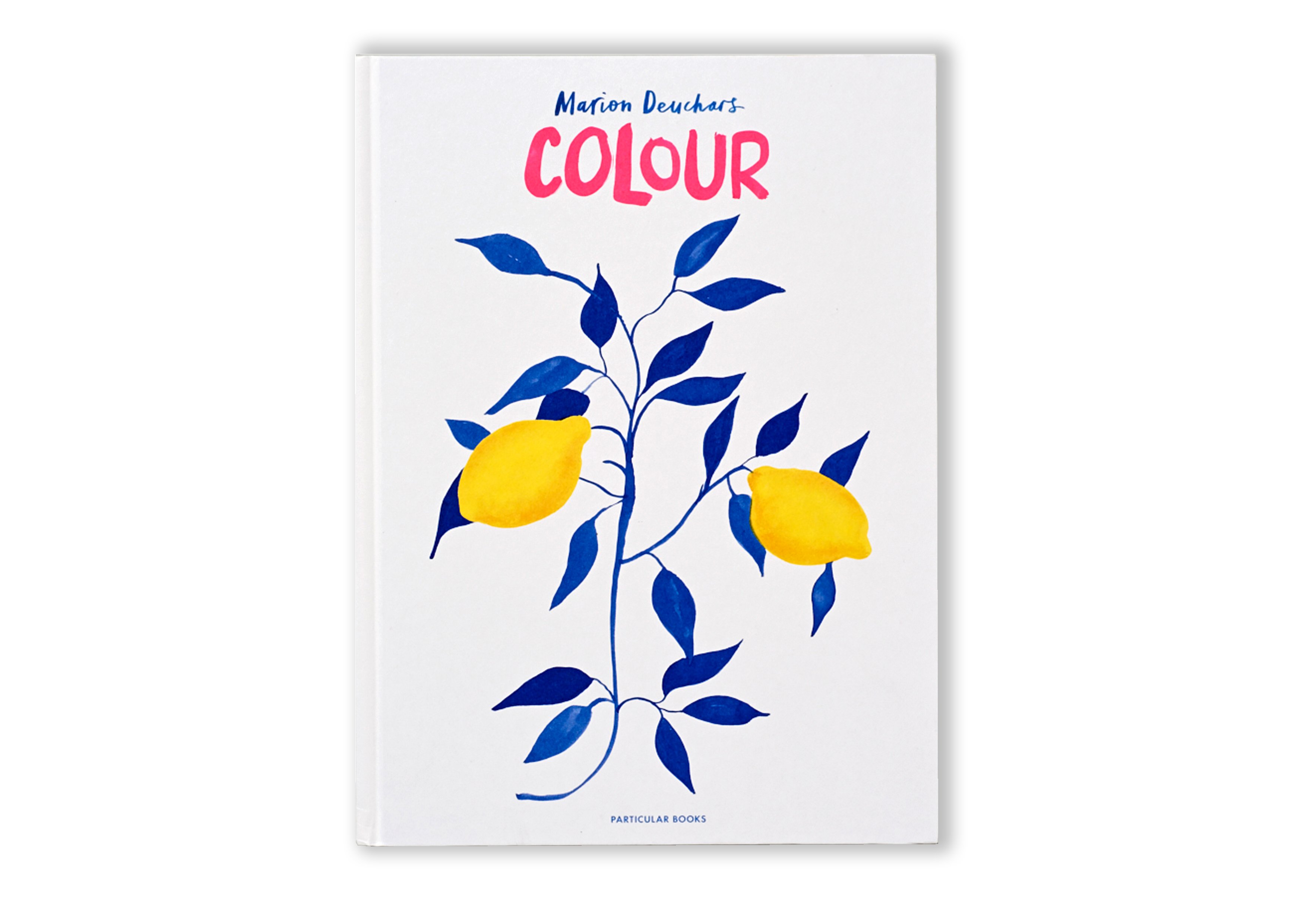 Kirsty Carter and Emma Thomas (both MA Communication Art & Design, 2003) co-founded their London-based design studio A Practice for Everyday Life (APFEL) in 2003, to explore the potential of graphic design as a meaningful process of cultural production, and to find new ways of communicating content.

Johnathyn (MA/MSc Innovation Design Engineering, 2013) is an international designer, filmmaker, product designer and design strategist, and futurist with a passion for products and services that elevate the quality of life for all.