“I am sure I wouldn't be doing a fully funded PhD now without the level of support provided by the Communication Design tutors.”

We spoke about the importance of grassroots women's football and how participatory and critical communication design can contribute to a more meaningful and diverse representation of the sport.

Can you give us a brief overview of your current research?

At the RCA I focused on developing the fan culture around Burnley Womens FC using experimental writing and community based workshops. My doctoral research has changed focus to investigate the design of women's football in England through an intersectional feminist lens.

Football is gendered, and in the UK is structurally biased towards men. Stereotypically masculine imagery, language and ways of designing have shaped the way we view the sport. With women's football becoming increasingly popular, I am proposing that more consideration needs to be given to the way the women’s game is being visually communicated. 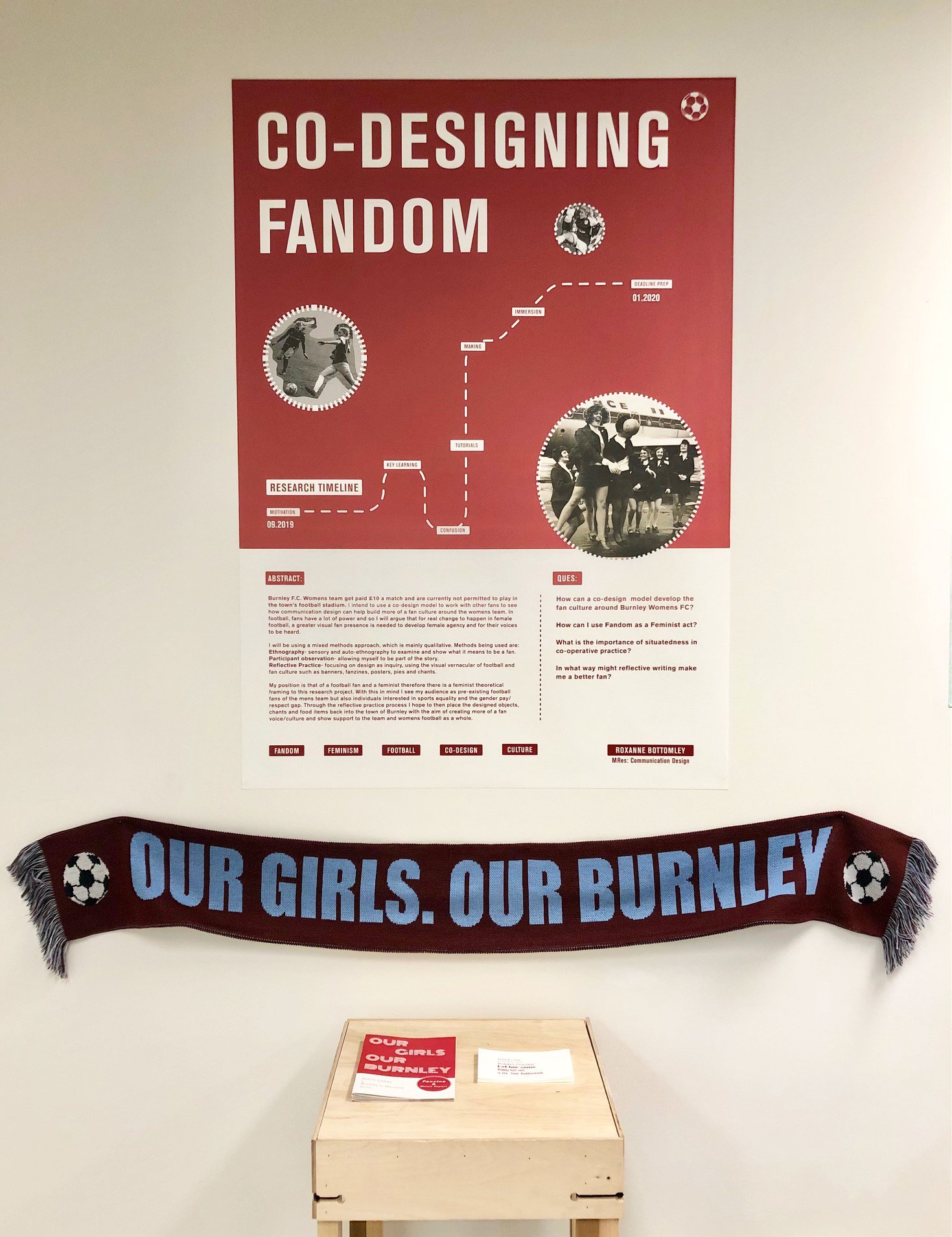 “A critical way of designing women’s football that places gender equality, participation and inclusion at the core of the design process is needed.”

Female players and fans are merely seen as an add on, with little consideration going into making the communication design, the experience, or the game itself more inclusive. Simply placing women amongst traditionally masculine design is not enough. Over feminising or girly-fying the design is also unproductive. Therefore a critical way of designing women’s football that places gender equality, participation and inclusion at the core of the design process is needed.

Where did your interest in this topic come from?

I never thought about myself as a sporty person; I was always under the impression that early on you decided if you were sporty or arty. It was only upon being introduced to sport by my partner and surrounded by football at his family events that I became intrigued.

I went to my first live football match in April 2018. We saw Burnley vs Brighton (Mens) at home. The whole experience was fantastic: the feeling of being part of something, of being one person in a sea of thousands, of being part of a shared identity that was based purely on the colour of your shirt. The more I watched football, became interested in fandom and being part of a community, the more I began considering the sport in terms of my politics and values. 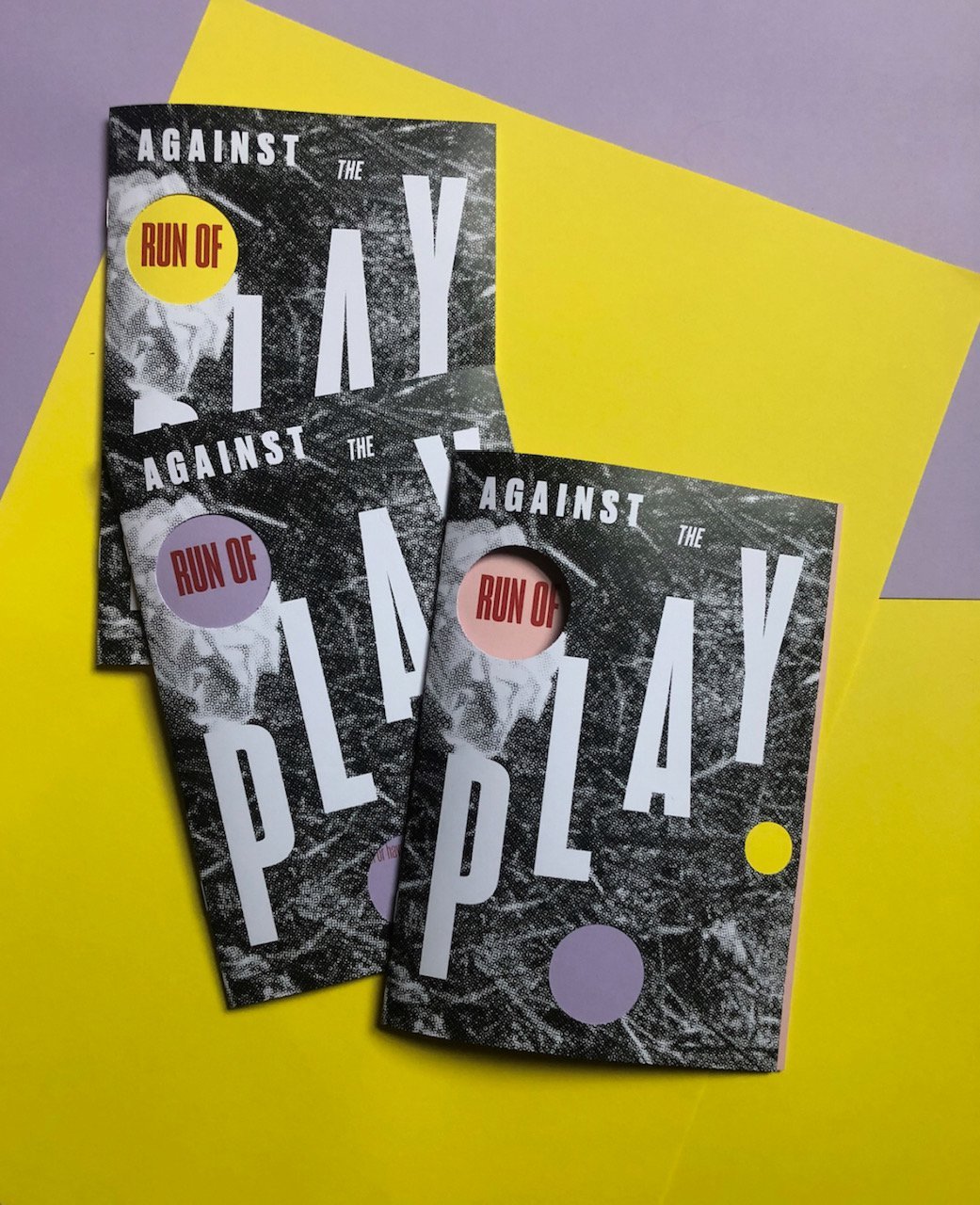 I wanted to do the thing I was watching and felt frustrated that I was starting from zero at the age of 27. I decided to find a grassroots, low pressure, beginners women's football group that focused on inclusivity and shared my politics. I am now training twice a week with an informal group of women and non-binary folk and it is brilliant. I have never felt such a sense of community, support, confidence and acceptance for who I am.

Why is communication design a useful way to tackle perceptions of football?

The hyper-digitalization of football culture means that the majority of football fans connect with the sport on digital platforms. The communication design of these platforms therefore forms a large part of contemporary football culture. Representation is a good starting point but simply putting an image of a female on a poster or social media post without first critiquing this is unproductive. 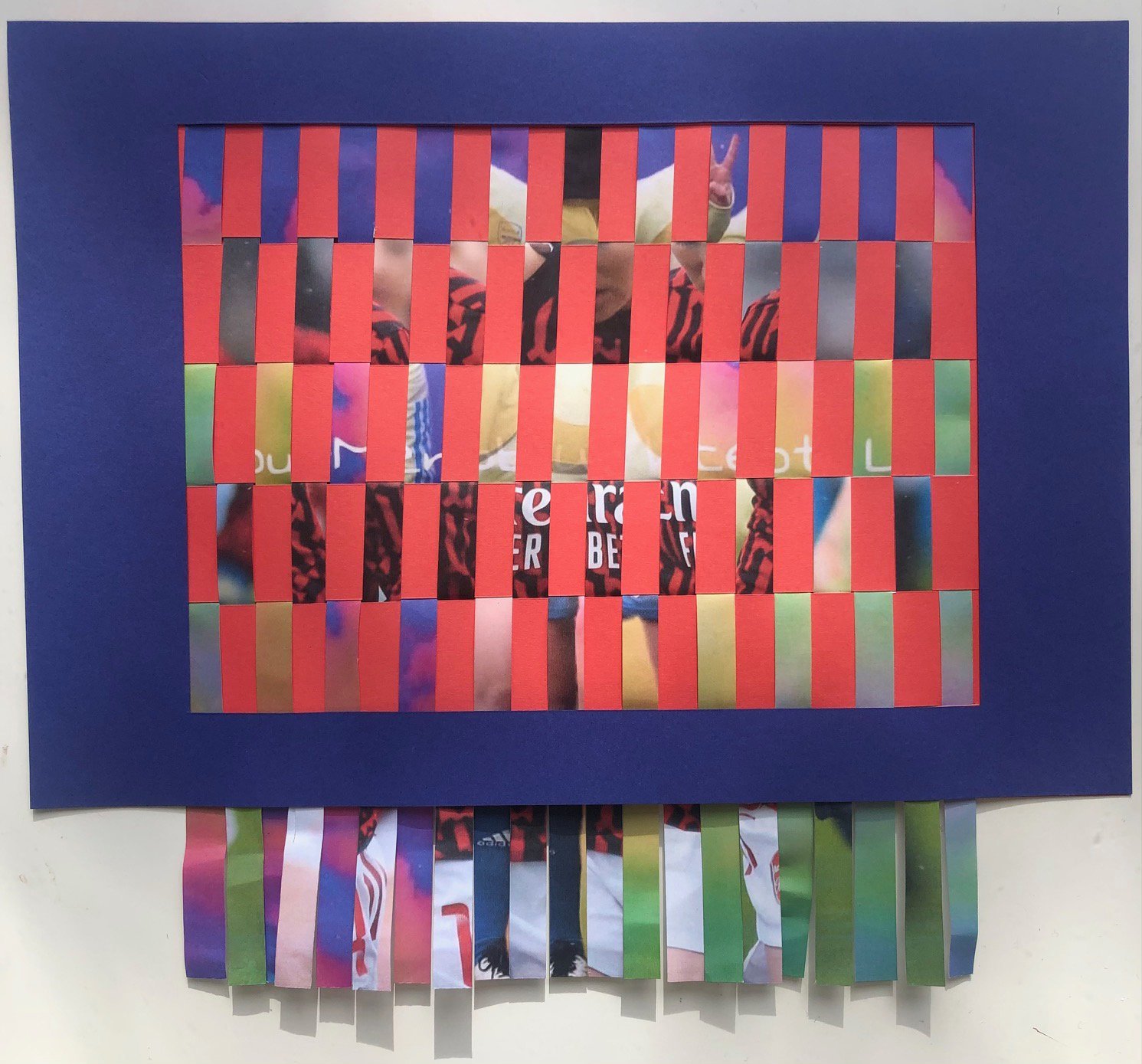 “To progress representation and equality within football the design and design methods used must be critiqued, tested in specific contexts, and further developed.”

At the early stage of this research I am proposing participatory design methods as a useful tool. More women and non binary folk are needed within the design process, more fans are needed with their local knowledge and diverse experience, which is often more important than the design skills of a paid graphic designer. To progress representation and equality within football the design and design methods used must be critiqued, tested in specific contexts, and further developed.

How did your time at the RCA influence your approach to research?

The Communication Design pathway was a community. We were 11 women who were all interested in broad cross-cultural, social and practice specific issues.

Having Emily Candela, Teal Triggs and Rosa Ainley as my tutors provided rich, supportive and critical research supervision. They each brought different energies and insightful questions, some of which have taken me until now to digest in the best possible way. 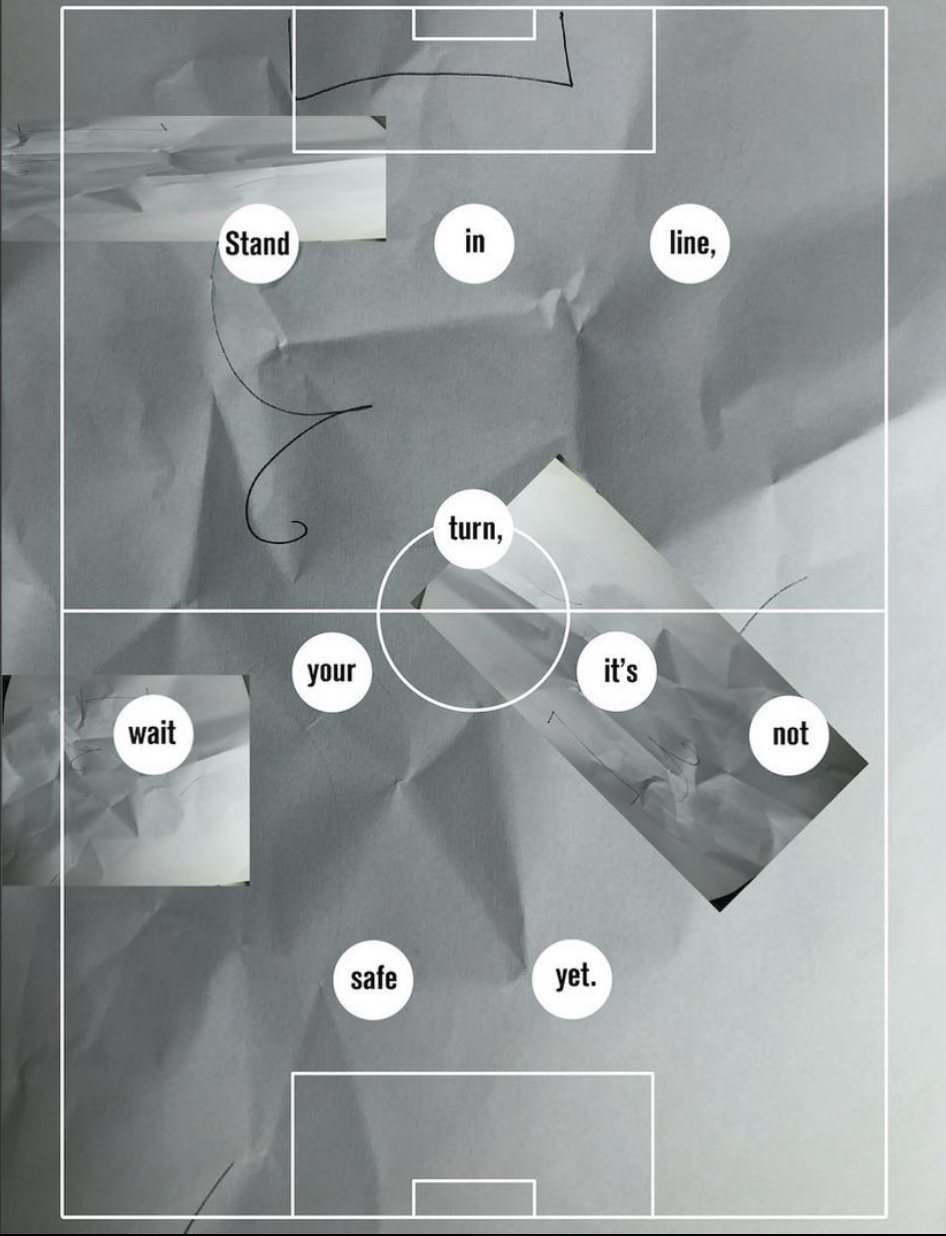 Before the RCA you studied BA Graphic Design at LCC. What drew you to the MRes RCA programme?

After graduating from LCC I did a PGCE in the north of England and went into teaching design while working as a freelance graphic designer. I grew to love teaching and was keen to teach at a higher level but didn't like the world of commercial graphic design. Research seemed like a good way to design but in a way that suited my way of working and a master’s degree would enable me to teach at a higher level.

MRes RCA was the obvious choice. I liked the fact that it seemed like a bridge between undergraduate ways of working and postgraduate research, but also had structured support. I am sure I wouldn't be doing a fully funded PhD now without the level of support provided by the Communication Design tutors.

Want to grow your research career?