My long association with the Royal College of Art can be traced back to my time as a student, studying illustration and printmaking at Chelsea School of Art, in the late 1950s. Brian Robb, then head of Illustration (also at the Royal College, a few years later) invited Jock Kinneir to come in, as a visiting tutor, to give illustration students  an insight into what graphic design was all about – still to  be established as a course in its own right. I was completing the four-year National Diploma in Design course – no degree status then.

Jock had just left Design Research Unit, Britain’s most prestigious design consultancy in the 1950s and 1960s, headed by Misha Black and Milner Grey, to start his own practice (in three small rooms above a garage in Old Barrack Yard, a mews just off the Hyde Park end of Knightsbridge). He wanted a design assistant, so he invited me – initially to work on the design of signs for the then new Gatwick airport. Asked what my job would entail, his comment was: ‘Well it’s design – nothing like what you have been doing here.’ The decision to choose graphic design as a career had been made for me. I dismissed any thoughts of going on to the Royal College of Art to study illustration. I knew by then that I wanted to be a designer. This was 1957. I had just turned 21.

My initial introduction to teaching came at the request of Misha Black, the professor of the RCA’s Industrial Design Department. This was in 1966, the year Kinneir Calvert and Associates was established. David Tuhill, a former RCA graduate, joined us in 1972 to form Kinneir Calvert Tuhill.  We were then quite a large company taking on commissions in Europe and further afield (the company folded in 1979). Misha thought it would be a good idea if the Industrial Design students were given an introduction to typography, as so many design products had ill-conceived and badly applied instructions. Jock suggested that I take on the job.

We had only recently completed designing Britain’s radical new road signing system, starting with the motorways, and ending with a complementary system for the entire network, including pictograms. 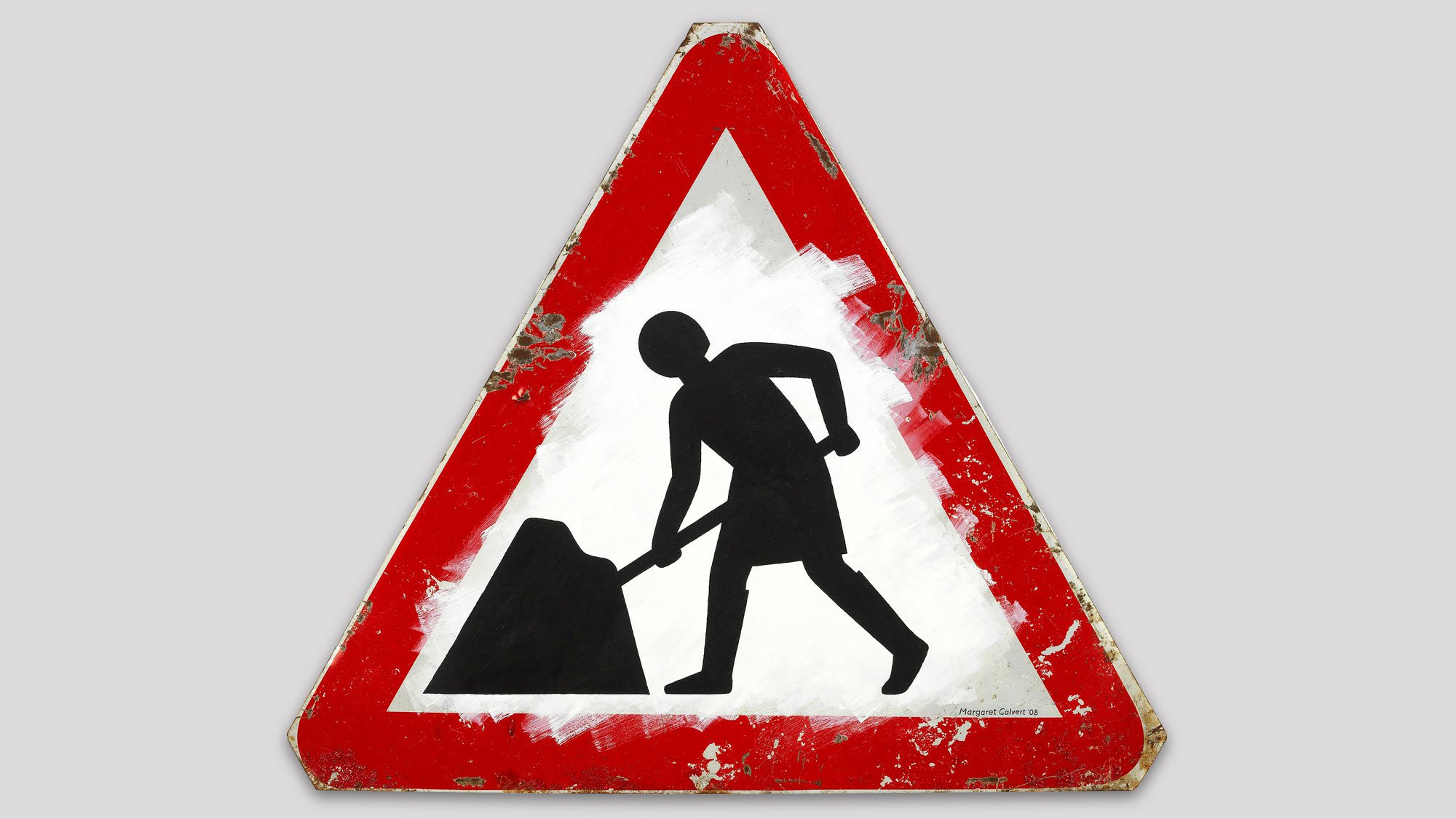 My time with the product designers was soon to end, however, after setting a typography project for the illustrators – an incredibly talented second year that included Linda Kitson and Dan Fern. Eventually, I joined the Graphic Design Department on a one-day-a-week contract, at the request of Professor Dick Guyatt.

Gert Dumbar was appointed visiting professor of Graphic Design in 1985, as a result of the course being restructured from three to two years. He invited me to take on the role of acting head of department, but for one term only – until Liz McQuiston was free to take up the full-time appointment. As my role was a temporary one, I knew it wouldn’t interfere with my personal work too much. I was working independently by then, designing extra weights of Calvert for the Monotype Corporation.

Then, in 1987, Derek Birdsall replaced Gert Dumbar – Gert was finding it difficult to commute from his studio in The Hague. To my surprise, Derek offered me the post of head of Graphic Design. I was reluctant to accept it at first, knowing that a full-time post would leave me little time for my own work. I thought it would be a challenge working with Derek, who was so very different from Gert. But it wasn’t long, however, before Derek left at short notice over a difference of opinion with the rector, Jocelyn Stevens, regarding the content of the new course document.

It is to their immense credit that so many students, over such a short period, made names for themselves after graduating. Most notably, although there are many more: David Ellis and Andy Altmann from Why Not; Phil Baines, professor of Typography at Central Saint Martin’s; Jonathan Barnbrook; Paul Neale and Andy Stevens of Graphic Thought Facility and Angus Hyland, Pentagram partner – soon to be followed by Marina Willer, also a Pentagram partner; Frith Kerr and Amelia Noble.

When I accepted the new title of acting course director,  in 1989, the letterpress department, thought to be an outmoded form of print production, was under threat of closure. We felt it well worth fighting for, as a creative force, under the guidance of the remarkable Alan Kitching. Eventually, it was offered as a College-wide course to all students interested in the tactile qualities of letterpress printing. (There were fewer students then, with a comfortable staff–student ratio).

We were fortunate in that we had our own funds to set up a small computer unit, supervised by Richard Doust, senior tutor and expert in digital technology. This was invaluable in the production of the last-ever degree show catalogue, designed and produced by first-year Graphic Design students, while at the same time having to contend with the noise and dust from the new Stevens Building, which was in the process of being erected just outside my office.

Great as the staff were, I felt the need to inject some new blood into the team, who were nearer in age and interests to the students. Nick Wurr of the Partners, and Moira Bogue of i-D magazine were the perfect complement. It was interesting, however, to see which tutors were most effective, regardless of age or interests.

The rector, Jocelyn Stevens, was on the whole very supportive of Graphics, having come from a publishing background – although he could be a bit fierce at times. He was particularly supportive of the group of first-year students designing the degree show catalogue, as he attached great importance to its value as a promotional tool for the College. The first one, awarded a D&AD Silver Award, was considered to be the ‘best thing in the Show’, according to the illustrator and engraver, Andrew Davidson, who graduated in the early 1980s.

Students, already well informed regarding who was who  in graphic design, were encouraged to eschew fashionable trends and find their own voices, seeking inspiration elsewhere. They were aware that, as graphic designers, they could be working with a diverse range of clients, often in collaboration with not only illustrators but also designers from a broad range of disciplines. Designers such as Peter Saville and Neville Brody were, however, much admired for their radical approach.

I still keep in touch with both staff and students – sometimes offering advice over a cup of coffee, or collaborating on joint projects, such as designing a digital version of Transport, with (former RCA student) Henrik Kubel for Gov.uk, the Government’s official website.

“I still keep in touch with both staff and students – sometimes offering advice over a cup of coffee, or collaborating on joint projects, such as designing a digital version of Transport, with (former RCA student) Henrik Kubel for Gov.uk, the Government’s official website.”

This interview was originally commissioned and published in the book The Perfect Place to Grow: 175 Years of the Royal College of Art.

Artist Tracey Emin CBE, RA (MA Painting, 1989) on her time at the College.

Artist and RCA alumnus David Hockney OM CH RA (ARCA Diploma Class I Painting, 1962) on his time at the College.