Since graduating from the RCA, Holly Hendry’s site-responsive sculptures and installations have been exhibited at galleries in London, Liverpool, Manchester, Copenhagen and Berlin. In 2018, Hendry participated in the Liverpool Biennial and was awarded a Rome Fellowship in Contemporary Art at the British School at Rome. She was recently awarded the Experimental Architecture Award from the Arts Foundation and has an exhibition at Yorkshire Sculpture Park (YSP) opening in September 2019. 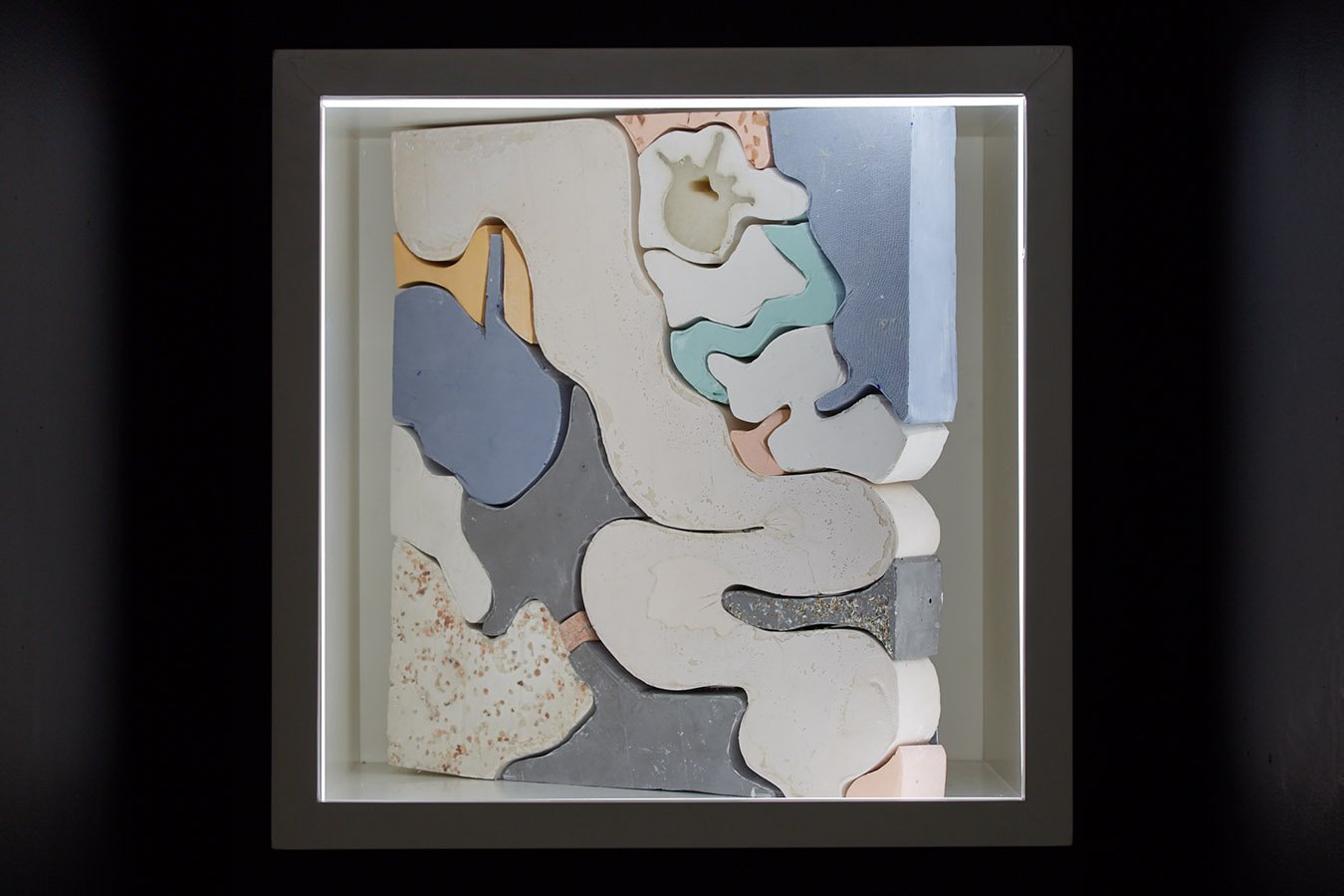 What were you doing before you started studying at the RCA?

I was living in Newcastle doing a year-long residency as part of the Woon Tai Jee fellowship and prize. The residency was based at BALTIC 39 where I had a studio space. I loved everything about living in Newcastle and it was so important in how my work has developed since, so it was a hard decision for me to leave.

I was already in a privileged position having the support of a residency, but from trying to work as an artist outside of an art school context, I realised that I wanted to learn more specific skills (such as metalwork) now that my work had taken a certain direction. It was too difficult and expensive to use fabricators and wasn’t really the way I wanted to work, so an MA at the RCA felt really right.

I applied for lots of grants that were also supported by the RCA, which meant studying there was the most affordable and exciting way to have a studio, a place to develop skills, and speak critically about work in London.

“[The RCA] seemed to be a place with a real focus on making, which manifested in the quality of the shows that I was seeing each year.”

When did you first hear about the RCA, and why did you decide to study here?

I had become familiar with the RCA whilst studying on my BA at Slade. Some students in the years above me had gone on to study there, and I’d visit the end of year shows. To me it seemed to be a place with a real focus on making, which manifested in the quality of the shows that I was seeing each year.

Can you describe what it was like studying at the RCA — what was a typical day like?

Studying at the RCA was a strange mix of intensity and consideration for me. A typical day would usually be one of two things – I would either spend most of the day in the studio, working on a smaller scale with materials, drawings and ideas, attempting to figure things out. Or, I would be based completely in the workshops making objects, moulds or armatures to take back to the studio.

A lot of my sculptures rely on making edges or borders for more compulsive actions to happen around, so these things made in the workshop were really important to the work – as armatures or containers which were usually part of the final pieces too. 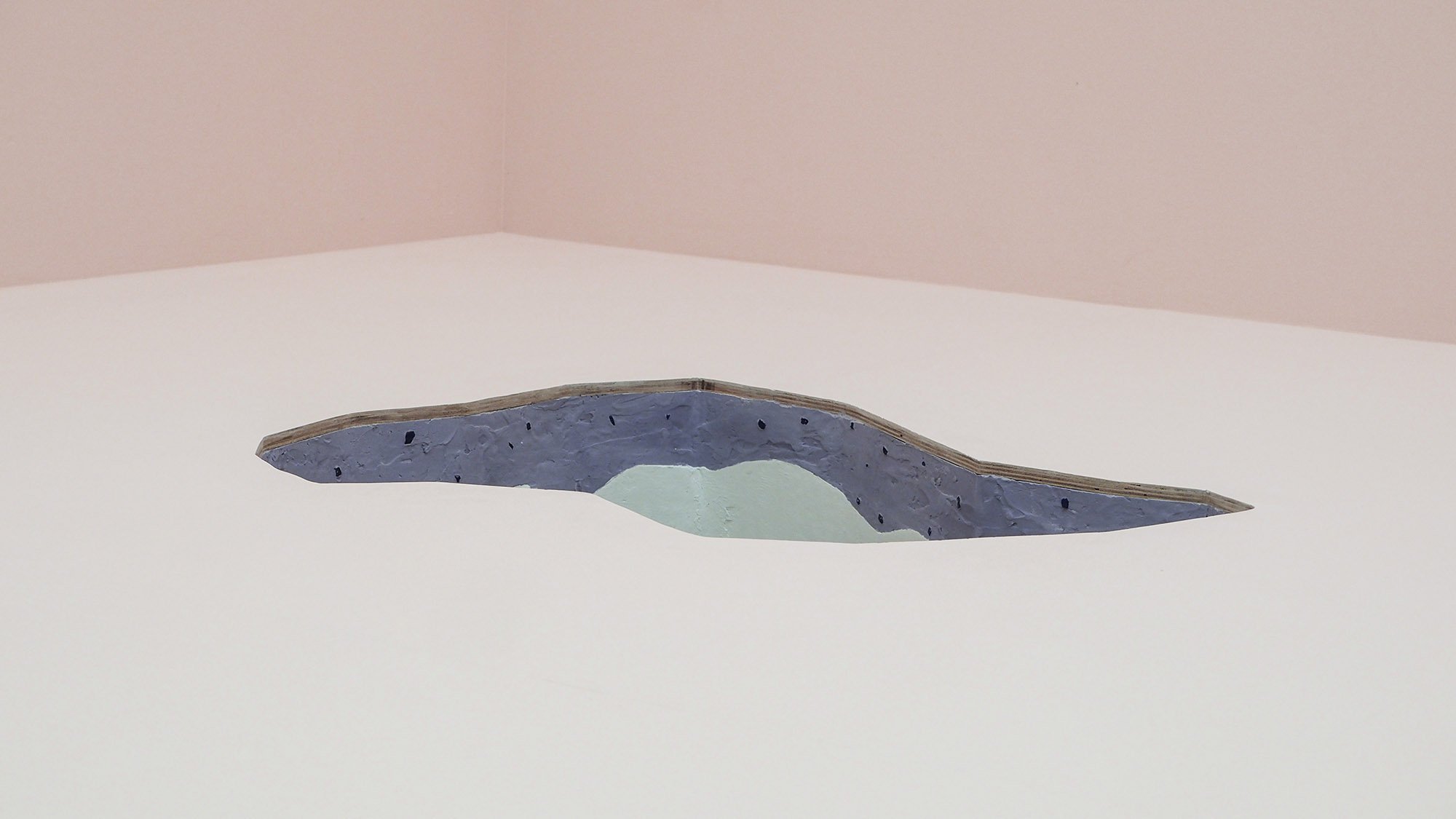 How did your work or thinking develop while you were at the RCA?

I never expected a miraculous change in my work through doing an MA and there wasn’t anything so dramatic that happened. But spending time solidly concentrating on my sculptures, with the luxury of time purely dedicated to building up or picking that apart, meant that I could really focus my research and thinking.

While studying, I was thinking a lot about scale and how that linked with the content of my work. A lot of ideas around body and insides and outsides naturally happen with larger sculptures, so I was thinking a lot about the details and how I could address some of my concerns without using the scale of the works to fall back on. So, in short, the detail within the works became much more of a focus to me, practically and conceptually.

What have you found most rewarding about your time at the RCA?

The mix of people I met there – students, staff and technicians. I’ve met some people that I hope to know for the rest of my life.

“I applied for lots of grants that were also supported by the RCA, which meant studying there was the most affordable and exciting way to have a studio, a place to develop skills, and speak critically about work in London.”

Did you face any particular challenges while you were at the RCA?

Trying to find a balance was (and is!) the hardest thing – working to fund my studies as well as making sure I was spending enough time in the studios, and making the most out of the RCA facilities, as well as external exhibitions and things going on. It felt like a real juggling act which was exhausting but completely worth it too.

What have you been up to since graduating, and what's next?

Since studying at the RCA I have shown work in London, Europe, New York and most recently in Rome, where I had a solo show at Frutta gallery just before I started the British School at Rome residency. I’ve also had the opportunity to make new work for BALTIC Centre for Contemporary Art’s level 2 space, which was an amazing experience, having previously lived in Newcastle before studying at the RCA. In 2018, I did a new commission for the Liverpool Biennial and a sculpture commissioned by Selfridges and Helen Pheby at YSP, so lots of large-scale things which I learnt a lot from.

I was working as teaching fellow in Sculpture at the Slade last year, and now I am working there permanently as part time lecturer. I have a solo show at YSP coming up at the end of this year – so I am working towards this now, as well as a project in France. I’ve also just been awarded the Experimental Architecture Award from the Arts Foundation which has really changed how I am able to work, through the support it offers!