Here are five takeaways from the publication revealing an adept cohort of Design Historians working across diverse cultures. Read the full publication here.

1. Men’s kimonos during the Edo Period in Japan (1603–1868) could contain dazzling hidden layers 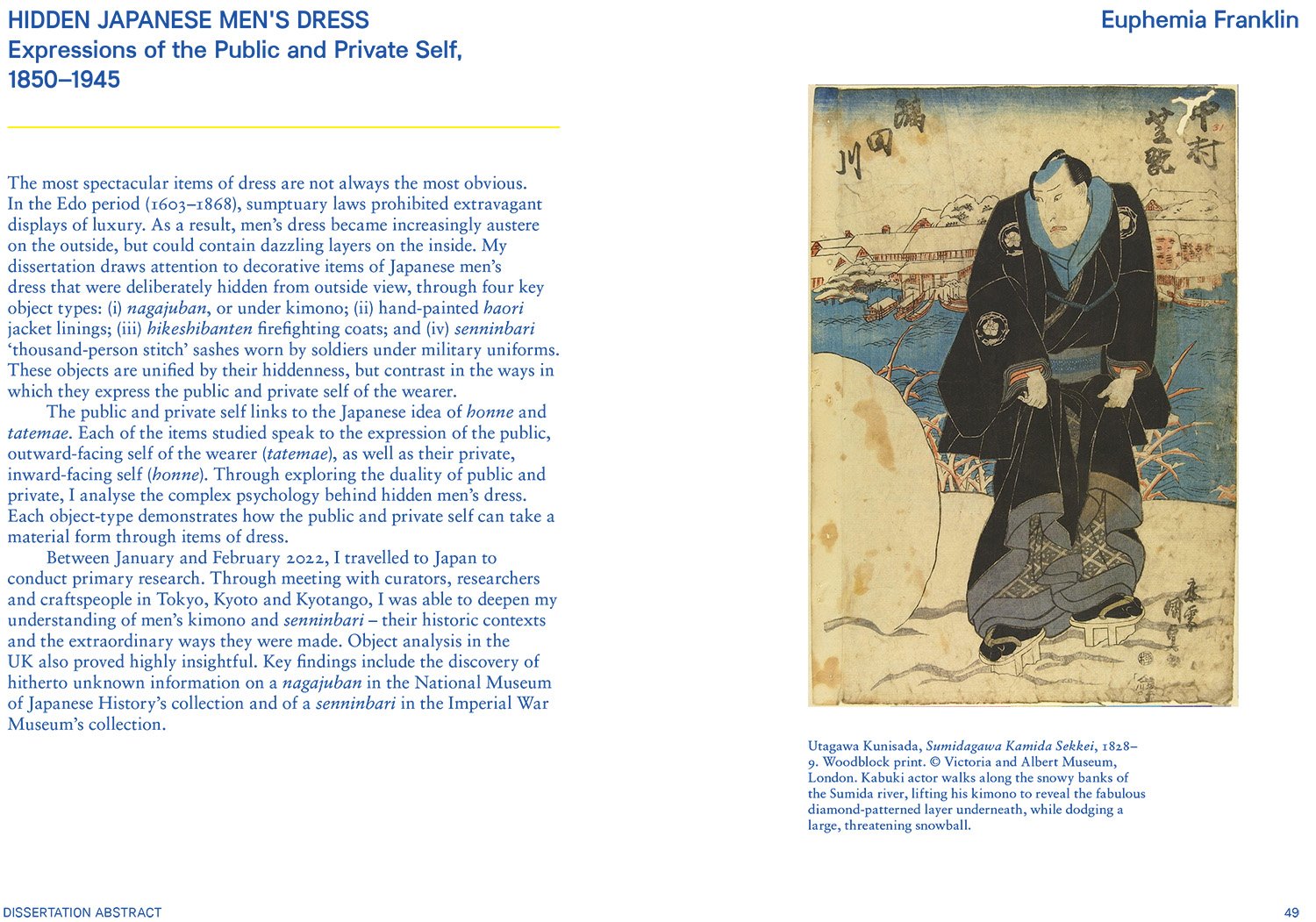 Euphemia Franklin travelled to Japan in January 2022 to conduct primary research on her dissertation exploring the sumptuary laws that prohibited extravagance in men’s clothing during Japan’s Edo Period (1603–1868). Her research reveals how design makes a distinction between outer and inner selfhood - with kimonos, jackets, and both firefighters’ and military uniforms plain on the outside but often containing extravagant embellishments underneath.

2. Mexican Lucha Libre culture enables a ‘transformational process between self and character’ 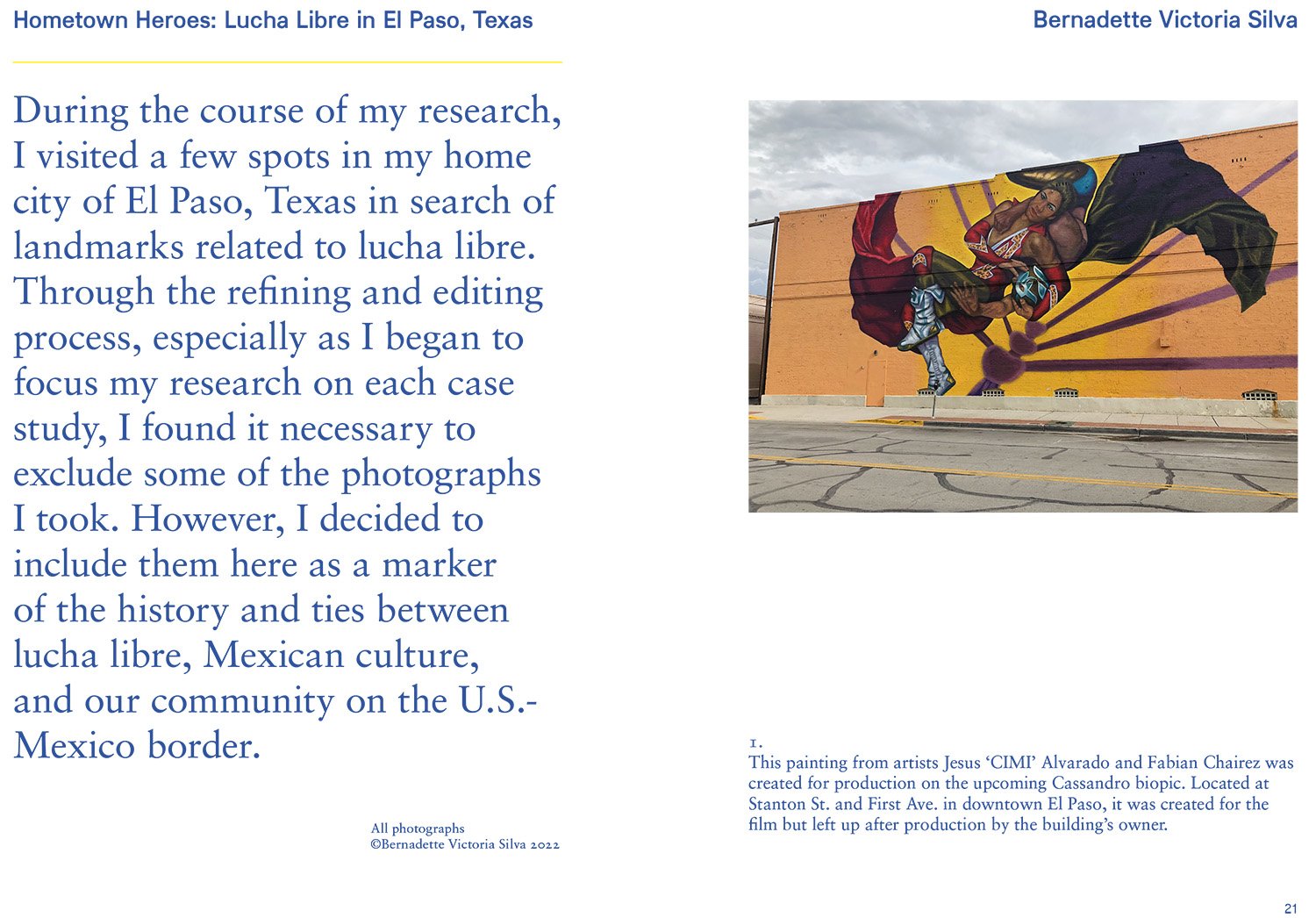 “As a whole, the study identifies the objects that enable the transformational process between the self and the character.”

Basing her research in her home town of El Paso, Texas – Bernadette Victoria Silva went looking for cultural sites of Lucha Libre wrestling on the US-Mexico border. Her research would go on to take the form of case studies examining Lucha Libre performers and the indentation between selfhood and performance.

Bernadette’s case studies examine how performers work within and push against cultural traditions, looking at both drag performers and performer-managers in Lucha Libre. She is especially focused on how their performance materials embrace multiple historical contexts. 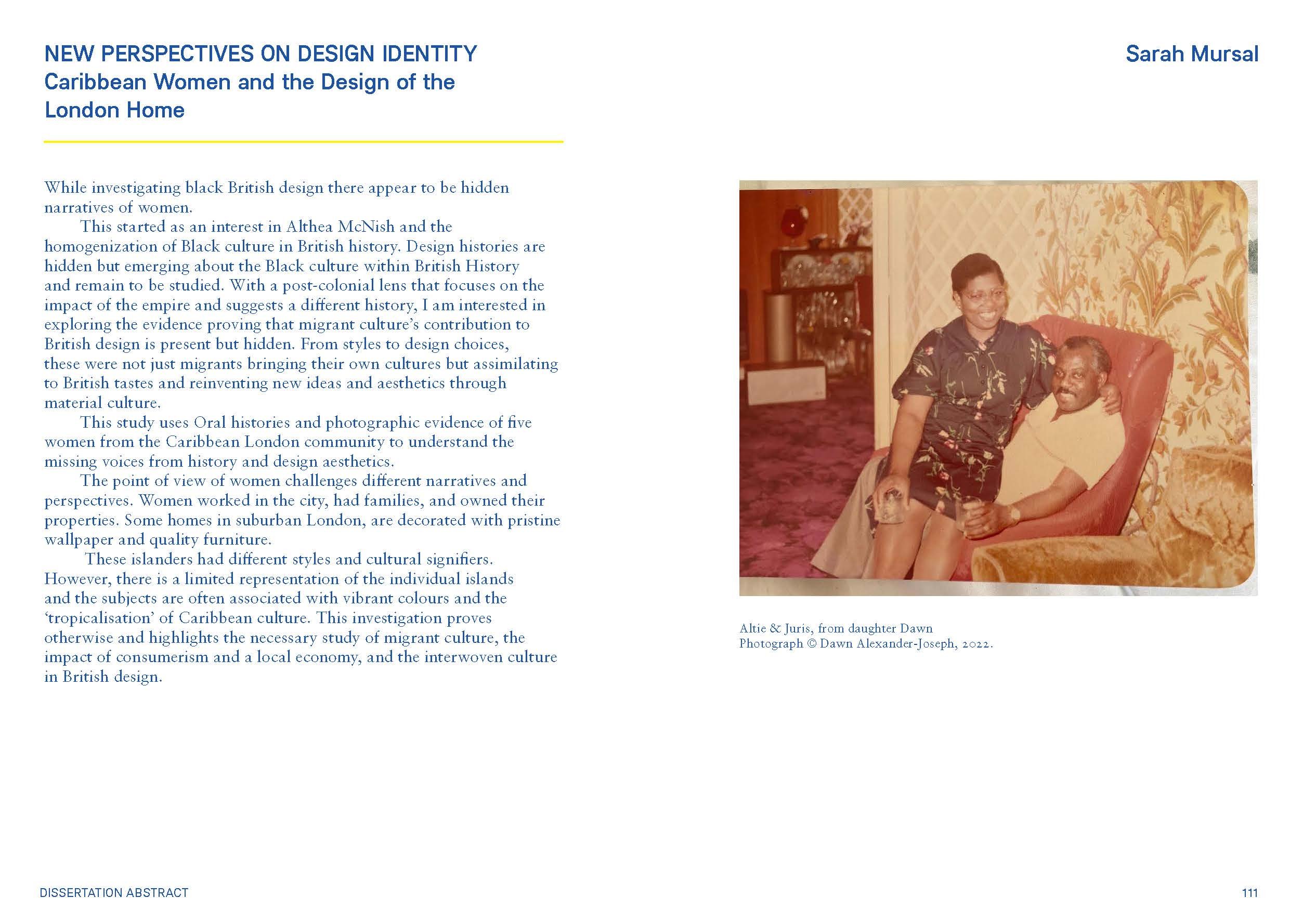 Sarah Mursal found the five women in her study of Carribean women’s home design through her own community networks. Phyllis, Altie, Dawn, Dorthy, Maureen, Beula, Helen, Sandra and Sharon are all first or second generation Caribbean migrants who arrived in the UK in the early 1960s.

“From styles to design choices, these were not just migrants bringing their own cultures but assimilating to British tastes and reinventing new ideas and aesthetics.”

The study began with Sarah’s ‘interest in Althea McNish and the homogenization of Black culture in British history.’ Through compiling oral histories and photographic evidence, Sarah found that Caribbean migrants' contribution to design culture was ‘present but hidden’ revealing an ‘interwoven culture in British design.’

4. Maps of the world through history may have more to do with design choices and their political dimensions than reality

Luis Gonçalo Vicente’s research focuses on map designers in the Philippines during the Malaspina Expedition (1792–93). He found that the use of increasingly sophisticated cartographic methods during this period didn’t stop these Spanish colonists from simplifying their findings in order to re-establish their control over the region.

“The dissertation aims to look at how precision and printing intentions influenced map design in relation to the information acquired in the Filipino Archipelago, and how these two concepts interact with another.”

Luis’s playful feature ‘How to easily design a map in 7 steps’ illustrates his point about the uneasy indistinction between precision and the wilful interpretation of information collected by cartographers. ‘Maps are designed objects and as such are subject to their makers’ choices, intentions, and preconceptions.’ 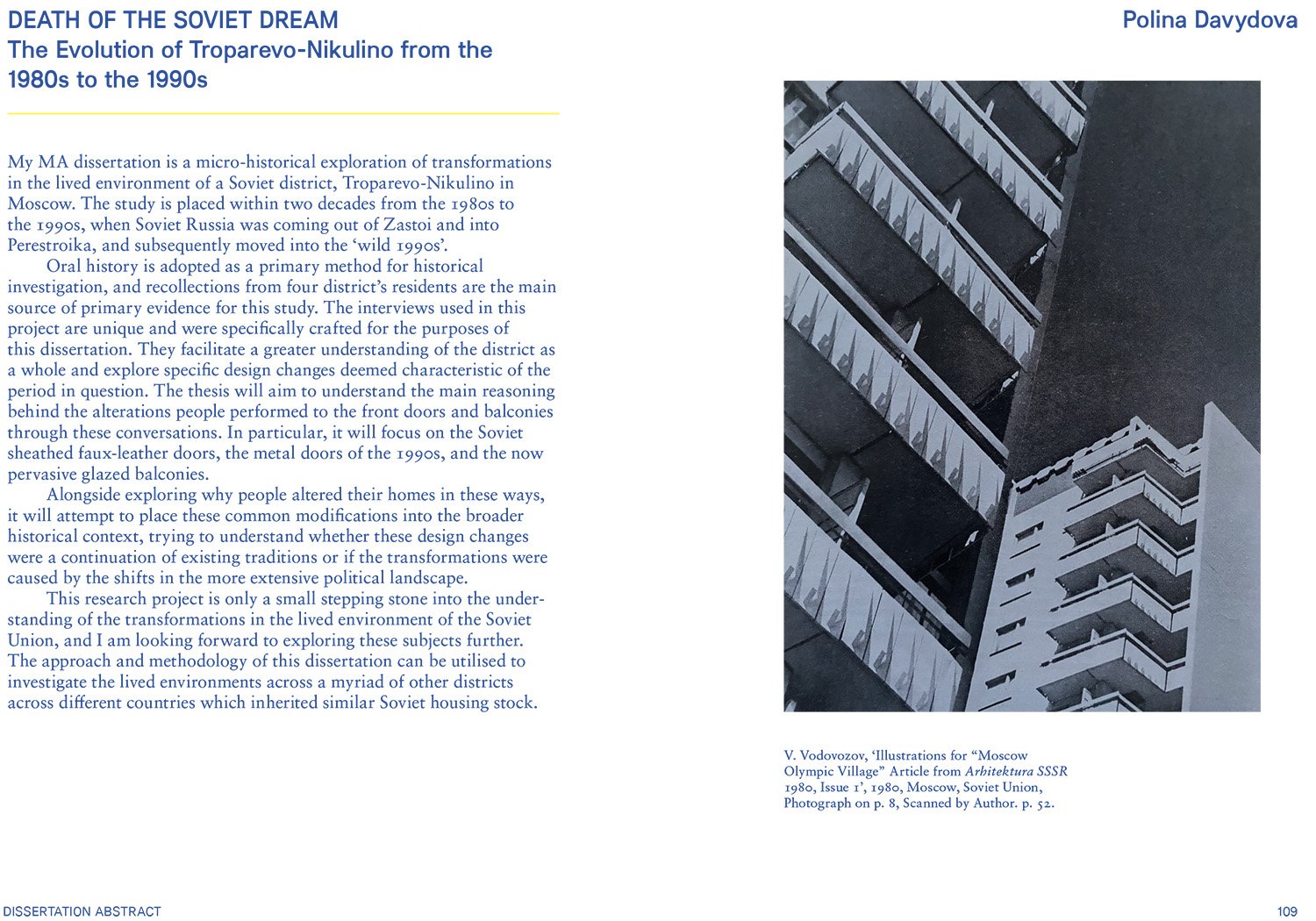 Polina Davydova focuses her research on the decades of the 1980s to the 1990s as Russia went through political change and its citizens adapted to a new normality. With oral history as her main source, Polina identifies two features of home design in this period that become widespread – faux leather doors and enclosed glazed balconies.

“Soviet balconies can be interpreted as markers of a particular kind of gaze that is quite definitive of late Soviet society.”

Polina identifies these new interior design features as a way of re-establishing shared traditions in a new political era. With these features becoming widespread as more and more people saw them springing up. ‘The people gazing up these blocks of flats decided to reinstate their own bond with this new normal through a continued act of conformation.’

Interested in how design affects everyday lives across the globe?

Janice Li studied MA V&A/RCA History of Design and graduated in 2018. She is now Assistant Curator at the Victoria & Albert Museum. We spoke to her about her time at the RCA. Watch the video above and read more from our interview below.