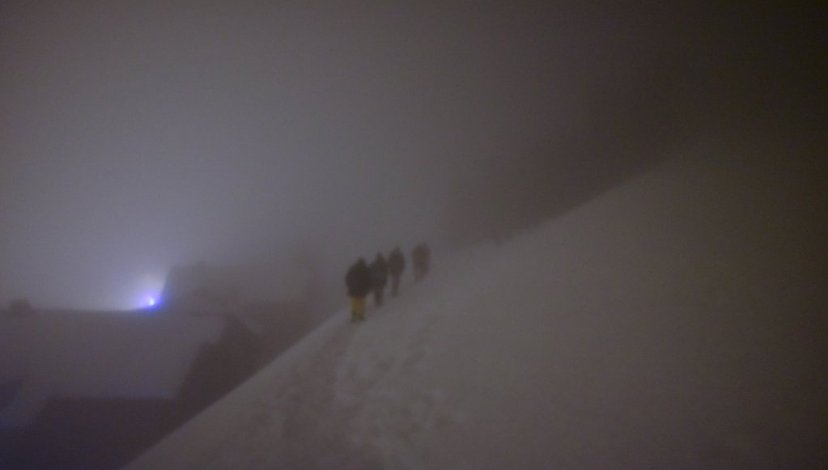 Migrants in the French Alps, near Briançon (Mehdi Chebil)

The studio investigates the phenomenon of "illegalised" circulations within the European Union through a spatial lens by mapping the interplay between migrant bodies and the physical, political, and cultural environment they move into. Borders and bordering practices are often analysed as geographically localised, linear, material manifestations of power – a wall separating two territories, a series of checkpoints funnelling and filtering circulations. By taking an environmental perspective, the studio proposes to move beyond such limitations to investigate borders and bordering practices within the European Union "against the line", as relational, dispersed events bringing together distant geographies, inter-scalar condensations of communitarian and national politics, widespread racism, and colonial refluxes.

In this sense, the environment becomes the site for intersectional, transboundary interventions exploring alliances between urban and environmental activism, political affinities, and cultural continuities. The studio will work through collective and distributed modes of knowledge production, building platforms for politically and materially situated collaborations and opening spaces where emancipatory politics can emerge.

Investigating forms of urban struggle, humanitarian violence, solidarity and the making of inhospitable landscapes as spatial manifestations, the studio aims to expose the weaponisation of urban and non-urban environments in the process of border making, putting into questions notions of citizenship, identity, belonging as they are formed both globally and locally.

The "migrant" trajectories crisscrossing the Franco-Italian border are the latest manifestation of the years-long attempt to restrict, funnel and manage the mobilities of "illegalised" people in their journey from the South of Italy – the place of disembarking – to Northern-European countries.

Since 2011, when Tunisian revolts started the series of uprisings known as the Arab Spring, the incoming flux of people seeking safety, improved living conditions, or to be rejoined with their loved ones has progressively been perceived and rendered as a "threat" to the solidity of European political, cultural, and economic status quo.

Members of the European Union, witnessing the dissolution of "Fortress Europe", began re-erecting outward and inward borders, de facto negating the promise of seamless, effortless mobility of goods and people within the Union.

This strengthening of the respective mechanisms of control and security has led to a process of constant "readjustment" in migrants' trajectories. The "conflict" (and attendant increase in security) has turned the city of Ventimiglia first and then Bardonecchia into a chokepoint, where people in transit, facing the impossibility of continuing their journey seek shelter and assistance in both institutional and informal camps while they plan how and when to cross into France safely undetected. The result of the process of securitisation of the border has pushed them into more dangerous crossing points, exposing their bodies to the harsh physicality of the alpine ecology, lack of orientation and forms of food and water deprivation. The support networks that emerged to mitigate such harmful effects have since opposed the militarisation of both urban and non-urban spaces. Hence, their modes of organising, advocating, and performing socio-political experiments in which "No one is illegal", have since resisted the criminalisation of solidarity carried out through local and national legislative interventions.

Addressing the spaces of "secondary migration" across the Franco-Italian border represents an analytical vantage point for understanding "migrant" circulations, their effects, and collective dimension. While the dramatic situation unfolding across the Mediterranean Sea confines forms of witnessing/reporting "from the ground" and solidarity far from public scrutiny, producing and reproducing the harmful alternation between "invisibility" and "spectacularisation", the movement of people across urban and semi-urban territories produces interactions, infrastructures of care and spatial transformation that shape both "migrant" and local communities in response to the political climate. The studio's aim is to foreground these relational spaces, situating them intersectionally within the broader political debate on emancipatory politics, border abolitionism and environmentalism.

The studio aims to implement a truly collaborative methodology where students benefit from the direct engagement with legal experts, activists, NGOs, scholars, and other key figures active “on the ground” of the Franco-Italian boundary. The methodology of the studio therefore strives not to “report from a distance” the spatial conditions, accidents, and political effects of the borderscape in analysis but to “immerse” its operations in the field through collaborative modes of knowledge production and methods of radical mapping. The goal is to establish non-extractive mutually beneficial collaborations mindful of the precarious legal and political conditions in which actors involved in migrant circulations are forced into. The students will engage with a multiplicity of media – film, music, model making, etc. – to investigate inhospitable geographies and infrastructure of care, their shifting assemblage and the regime of visibility/invisibility mobilised. 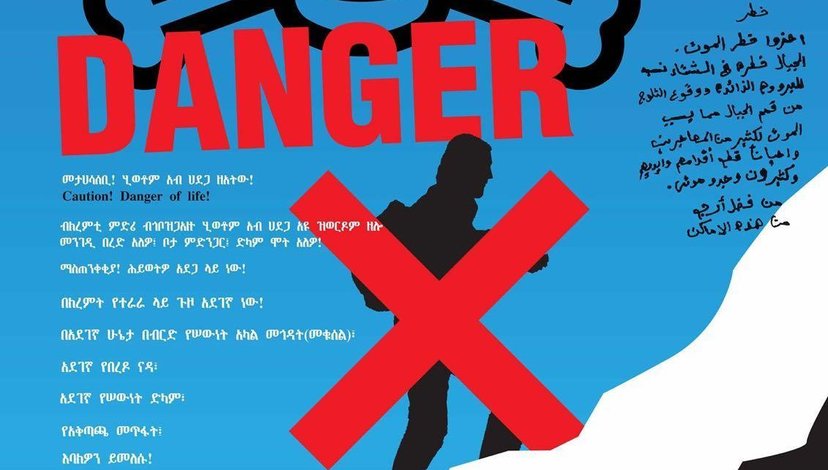 Term I – Mapping the Field

In the first term, the studio will engage with a close analysis of the Franco-Italian boundary, to understand the logistical arrangements supporting it, the legal arrangements, border-making processes, and the forms of violence affecting people in transit. Students will be collecting evidence such as witness accounts, audio/video materials circulated on and offline, legal documents, maps, humanitarian reports, and other material useful to individuate key spaces, infrastructure, logistical arrangements, temporalities, and actors involved in the area and situate these through exercise in critical mapping and extended timelines.

Students will therefore work parallelly on the making of two “analytical objects”. On one side, an extensive timeline of the Franco-Italian border will explore the temporalities of border making processes, tiying together border accidents, permanence of solidarity spaces, climatic datasets, local and EU legal arrangements, protests along the two crossing points (Ventimiglia-Menton + Claviere/Montgenevre). On the other, they will create a comprehensive map of the “extended border” to explore the spatial dimension of border struggles and the propagation of violence across multiple scales and hundreds of kilometres far from the boundary.

The final output will take the shape of a "counter-report", a document that will engage with the form of the "humanitarian report" - a codified mode of reporting from the ground - to question the shortcomings embedded in its language, demands and modes of distribution. The aim is to highlight the space that separate manifestations of violence and emancipatory politics, mapping or un-mapping forms of resistance, the infrastructure of care, and possible political alliances (the subject of the counter-report).

During Term 2 the students will focus on the production and circulation of specific media objects that can become operative as offerings, invitations open to be annotated, appropriated and ab-used to stimulate conversations and cultivate relationships with actors involved in un-making the border. Through such collaborative and participative practices, they will individuate modes of interventions to address the interconnectedness between "migrant" mobilities, border-making strategies and support networks. What is the role of design in fostering conversations? How do we participate in performing and supporting emancipatory politics? In partnership with selected constituents, students will identify sites – being them geographical sites or spaces for political engagement - and strategies of intervention departing from the localised material condition analysed in Term I to translate the key propositions into a multiplicity of design objects. Not limited to the mitigation of violence (the short-term "crisis" forces upon radical politics), the “offerings” aim to expose the fragmentary character of "Fortress Europe" – its political divisions, cultural contradictions, and conflicting imperial views – through the nurturing of intersectional/international collaborations.

During Term 3 students will draw, produce, code, make, craft, compile, edit their own propositional objects. They will explore the tools of speculative design as a way of thinking about possible futures, intervening directly in the space that separates the as it is from the as well as possible, together with those communities and groups that, performing and reproducing such spaces, provoke the political imaginations of the present.