Watch an excerpt from Paradise by Tai Shani

Dark Continent began in 2014 at the Hayward Gallery as a series of performances set within “dreamlike, cinematic installations,” and evolved across character-led installations, films, performances and experimental texts with each subsequent “chapter”, including ‘Mnemesoid’ (2016) and ‘Phantasmagoregasm’ (2016).

From 2018 onwards, Dark Continent culminated in ’Semiramis’, a large-scale, sculptural installation that also functioned as a site for a 12-part performance series. Each documented episode focused on one of the characters of the allegorical ‘City of Women’, unfolding interconnected, immersive stories and mythologies. Semiramis has also been presented alongside a complete archive of the project, including all the films, documentation of performances, texts, posters, VR piece, and a radio play.

The characters were hybrids drawn from feminist histories, science fiction tropes, and classical and pop cultural mythologies, and the scripts derived from Shani’s experimentation using the original structure of Pizan’s book, replacing patriarchal ideology with marginalized ideologies such as intersectional and queer feminism to propose polyphonic, non-hierarchical perspectives on history, science, and nature embodied within characters and speech.

Elements of the scripts have been published in ‘Self Love Eros Journal, ‘The Happy Hypocrite’, BookWorks, ‘The Body that Remains’, Punctum Press, ‘On Violence’, Ma Biblioteque.

In 2019, the complete 30,000 word text was published in its entirety as ‘Our Fatal Magic’ with Strange Attractor. The work featured an introduction by the curator and writer, Dr Bridget Crone, with endorsements by Linder Sterling and Professor Griselda Pollock.

Tai Shani was awarded the Turner Prize in 2019

The rigorous research and execution of this project inspired broad audiences, participants in workshops, performers and contributors to engage with the political ideas in the project by proposing an immersive experience of exceptional scope, and consider what the role of art could be in light of the rapid political shifts in perception with regards to gender, race and class and how might art contribute in a meaningful way to these conversations.

Its objective to deliver high calibre, overtly political work that is socially engaged, accessible and generates debate was realised through an immersive and crafted artistic experience. 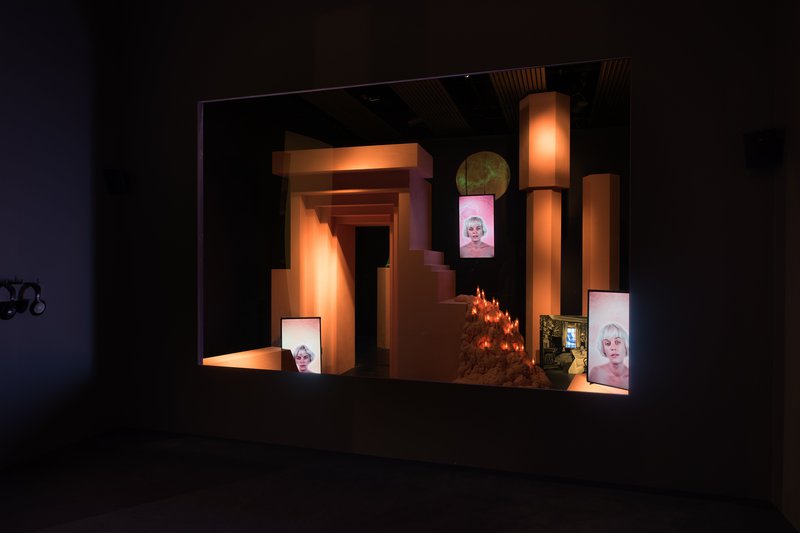 “In Dark Continent, her new work for MIRRORCITY, she imagines an allegorical city of women, a place that is ‘simultaneously internal and geographic, past and future, part ruin, part construction, existing between destruction and becoming.’

“In her multi-media installation “Dark Continent” London-based artist Tai Shani (born 1976) cites both de Pizan and Freud as a starting point for associations. Composed of performances, text, sound and video fragments the installation seemingly conjures up a city of women far removed from reality, in which categories such as femininity, alienation, subjectivity and sexual stereo¬typing per se are completely transcended. The work “The Vampyre” (2015), which Shani will present in DOUBLE FEATURE, is a firm part of the overall installation.”

“This program explores the speculative nature of art-practice as an act of resistance, a critical tool, and a potential strategy for overcoming the “straits of human consciousness.” Countering the conjecture that fantasy, mythology, and the mystical equate to regression, to a step back into a state of “pre-enlightenment,” this program instead proposes that they can constitute progressive and forward-thinking, non-binary understandings and, ultimately, new models for reality.” 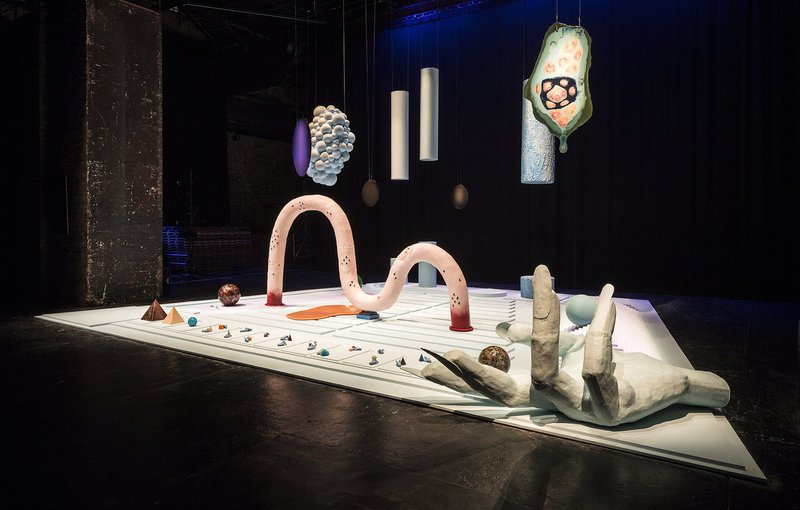 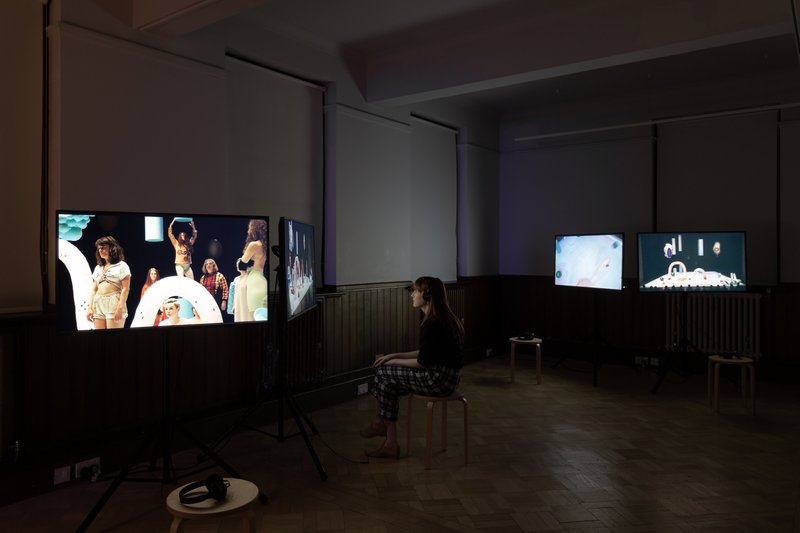 “Tai Shani presented her first major solo exhibition in a public gallery, displaying the culmination of her ongoing project Dark Continent, which included an immersive installation in The Tetley's atrium, film works, posters and a selection of artworks drawn together by Shani… In Semiramis, Shani presented twelve films of twelve characters, including The Woman on the Edge of Time, The Vampyre, The Medieval Mystic, Siren and Phantasmagoregasm, demonstrated through performed monologues with an original score by Let's Eat Grandma.” 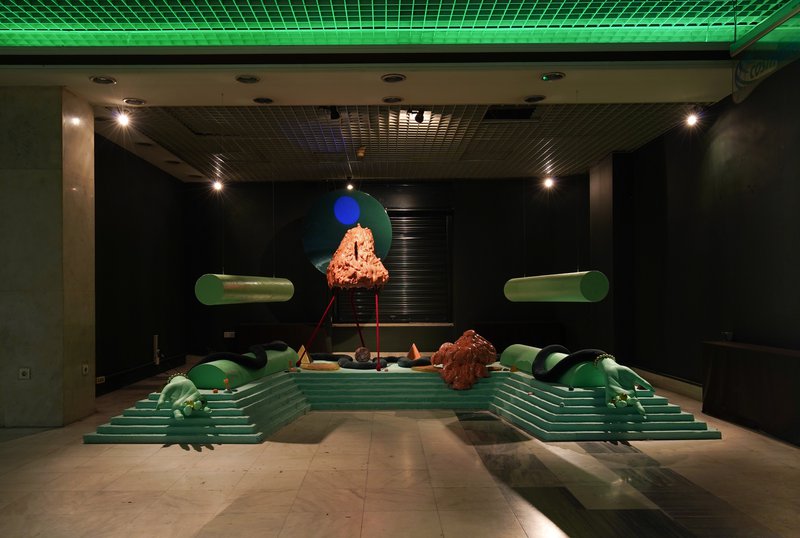 “Shani’s ongoing Dark Continent project materializes an allegorical city of women… Shani offers modular versions of this imagined city-in-time, governed by interiority and non-linear narration. In AB6, Shani presents an episode of the project DC Semiramis in which Psy Chic Anem One and those that loved Rachel seek to communicate with her from the anarchical beyond.” 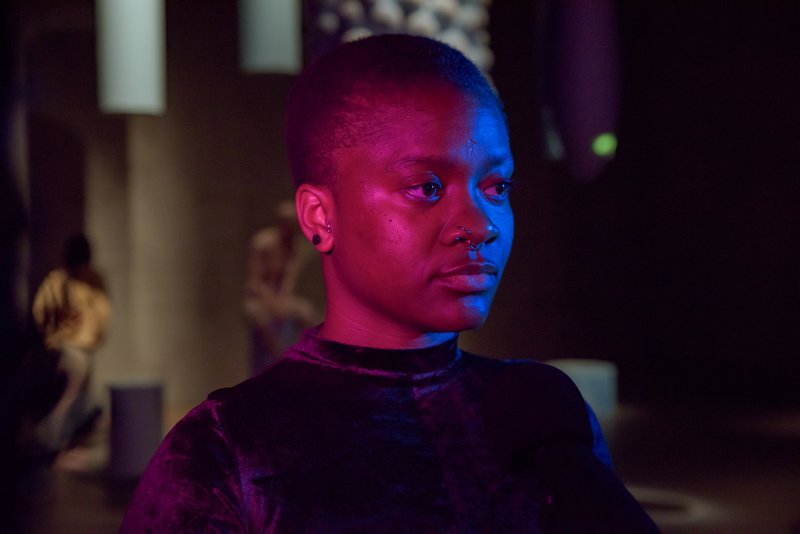 “Still I Rise is a timely exhibition exploring the role that women have played in the history of resistance movements and alternative forms of living. Coinciding with the centenary of women’s suffrage in the UK, this major group exhibition looks at resistance across the world from a multiplicity of viewpoints, from the domestic sphere to large-scale uprisings and spanning the late 19th century to the present.” 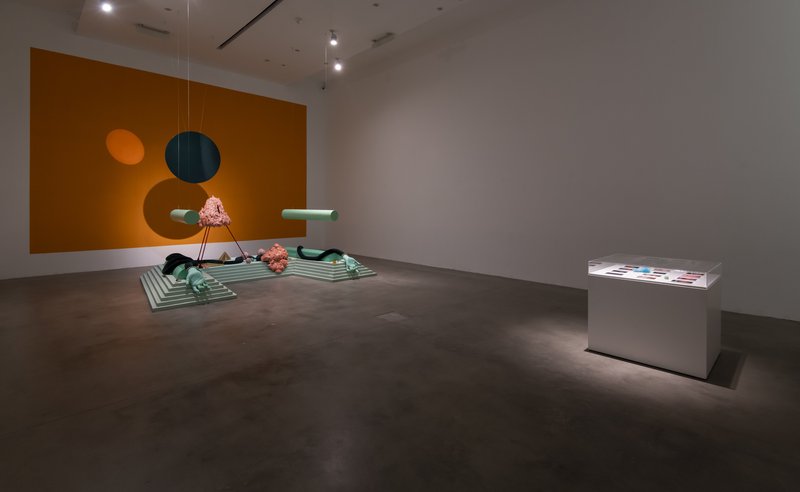 “In Turin Tai Shani presents Psy Chic Anem One a time travelling AI that can communicate between past, present, and future: their immateriality is expressed through a feminine voice that remind divination and oracular prophecies…Ultimately, the artist will lead the workshop Veronica in collaboration with artist Aura Satz for our 2018/19 Associates (Josephine Baan, Emma Brasó, Emily Fitzell, Constantinos Taliotis, Jérôme de Vienne, Stephanie Winter). Inspired by the history of Saint Veronica who wiped the blood and sweat of Christ with the Sudarium, the workshop seeks to explore multiple manifestations of traces that create lesions between the material and imaginary worlds.” 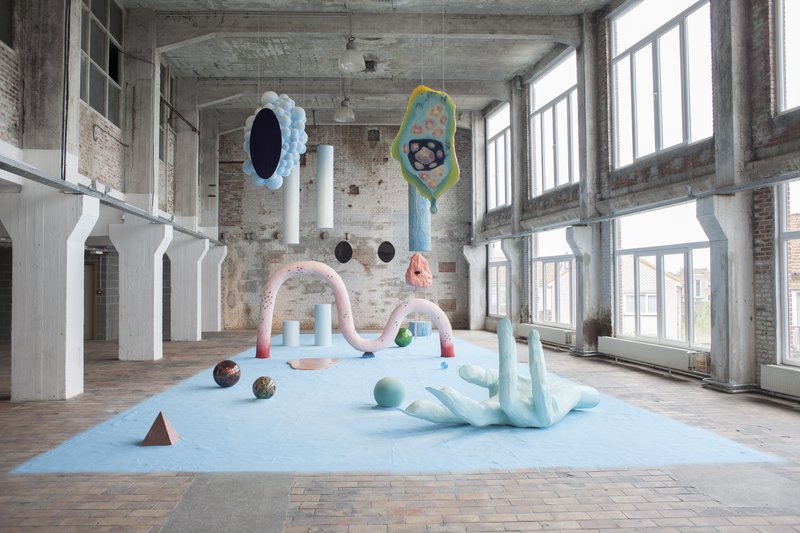 “The size and scope of DC: Semiramis challenges the notions surrounding traditional feminist art that have for centuries concentrated on the domestic, the artisanal and the personal body. With this project Tai Shani expands the canon of feminist artistic practices. Furthermore, she reflects on the possible role and contribution of art in light of rapid political shifts in the fields of gender, race and class. In this way Tai Shani raises pressing issues of contemporary feminist thinking: how can one represent post-patriarchal subjectivity, identity and language while at the same time avoiding a biologically essentialist position?”

TAI SHANI - ARTIST TALK a conversation with Ilse Ghekiere in relation to ENGAGEMENT.

A conversation between 2 practices about gender, femininity and sexuality. 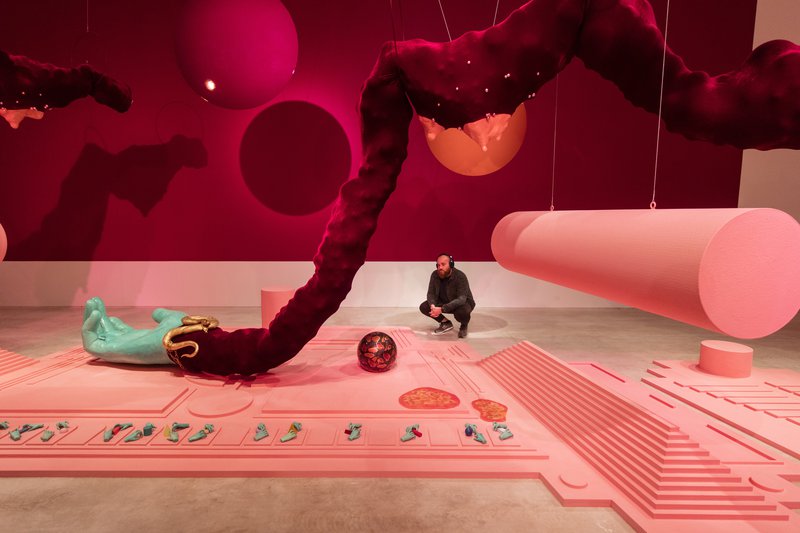 “Witness Tai Shani’s Turner Prize nominated installation, DC: Semiramis, activated with live performance throughout the weekend. DC: Semiramis is an epic and episodic project that has come to define the last five years of Shani’s practice. A series of works with interlinked stories and mythologies, DC envisions a world neither completely divorced from our own, nor tied to our own history, or our future.”

The core question of this project is, Can the “epic” both as a formal structure and an affective territory be claimed as the platform for intersectional feminist practice and contribute to a post-patriarchal culture? And thus, the duration and scale of this project were essential components of the investigation. The project draws on multiple reference points in addition to the original text, including feminist science fiction, post-modern architecture, and feminist and queer theory to create both, a physical, and a conceptual space to critique contemporary gender constructs, and imagine an alternative history which privileges sensation, experience and interiority, undermining hegemonic conceptions of narrative history to propose possible visions of post-patriarchal futures.

The methodology for this research evolves from a highly evolved art practice that seeks to provide immersive and affective experiences for the immediate spectator of the work but also, importantly, through archival, published and online means, for a wider, globally situated audience.

The project aimed to articulate a model for creative and feminist research thinking and investigation by asking how to establish a post-patriarchal subjectivity, identity and language in representation, whilst evading a biologically essentialist position? The scale and scope of this project challenges conceptions around traditional feminist art that has historically centred on the domestic, craft, DIY and the personal body and thus extends and contributes to the canon of feminist art practice.

"Tai Shani’s Tramway installation of suggestively organic, new-age sculptural forms double up as the set for Dark Continent: SEMIRAMIS, a masque-like and often darkly sexual 12-part performance and text that takes the 15th-century, protofeminist text The Book of the City of Ladies as its starting point."
Source: Buck, L. 2018, ‘Review: Glasgow International permeates city with its distinctively dystopian tentacles’, The Art Newspaper

"Gorgeous::, sculpture that felt aesthetically balanced but with Feeling; & Purpose; grounded and blended into the space… This work was weird; warm and wet, a strange savoury taste i don’t have a reference for."
Source: Muhammed, Z. 2018, ‘TAI SHANI @ TRAMWAY’, The White Pube

“…the intelligence and originality of the writing that underpins this fantastical world means that the monologues never feel silly or esoteric. Semiramis is very weird; it is also deeply illuminating, sexy, angry, tender, affecting in ways that surpass narrative, and full of urgent insight about the world.”
Source: Osborne, N. 2018, ‘Semiramis’, Tank Magazine

“VR is in danger of becoming the art world’s new gimmick, but Shani’s work identifies and exposes a trait of the medium: bodily disconnect.”
Source: Bunyard, J. 2018, ‘TAI SHANI, SEMIRAMIS’, The White Review

“We have landed on Shani’s planet where even history and science is ripe for a restructuring… Traditional structures are blown out of the water in Semiramis, right down to the way the art is produced.”
Source: Clugston, H. 2018, ‘Tai Shani: Semiramis review – far-out trip to a female planet’, The Guardian

“Based on a 1405 proto-feminist text “The Book of the City of Ladies” by Christine de Pizan, it reimagines female otherness through a rich panoply of language that’s difﬁcult to follow but encourages you to persevere.”
Source: Harrison, A. 2018, ‘Dystopia, and Not Much Utopia, at Glasgow International’, Blouin

“In a show that blends feminism, queer theory, science fiction and anthropology, visitors are encouraged to envisage intertwined cosmologies and post-patriarchal societies.”
Source: Holmes, B. 2018, ‘10 Art Exhibitions to See in August’, Royal Academy of Arts blog