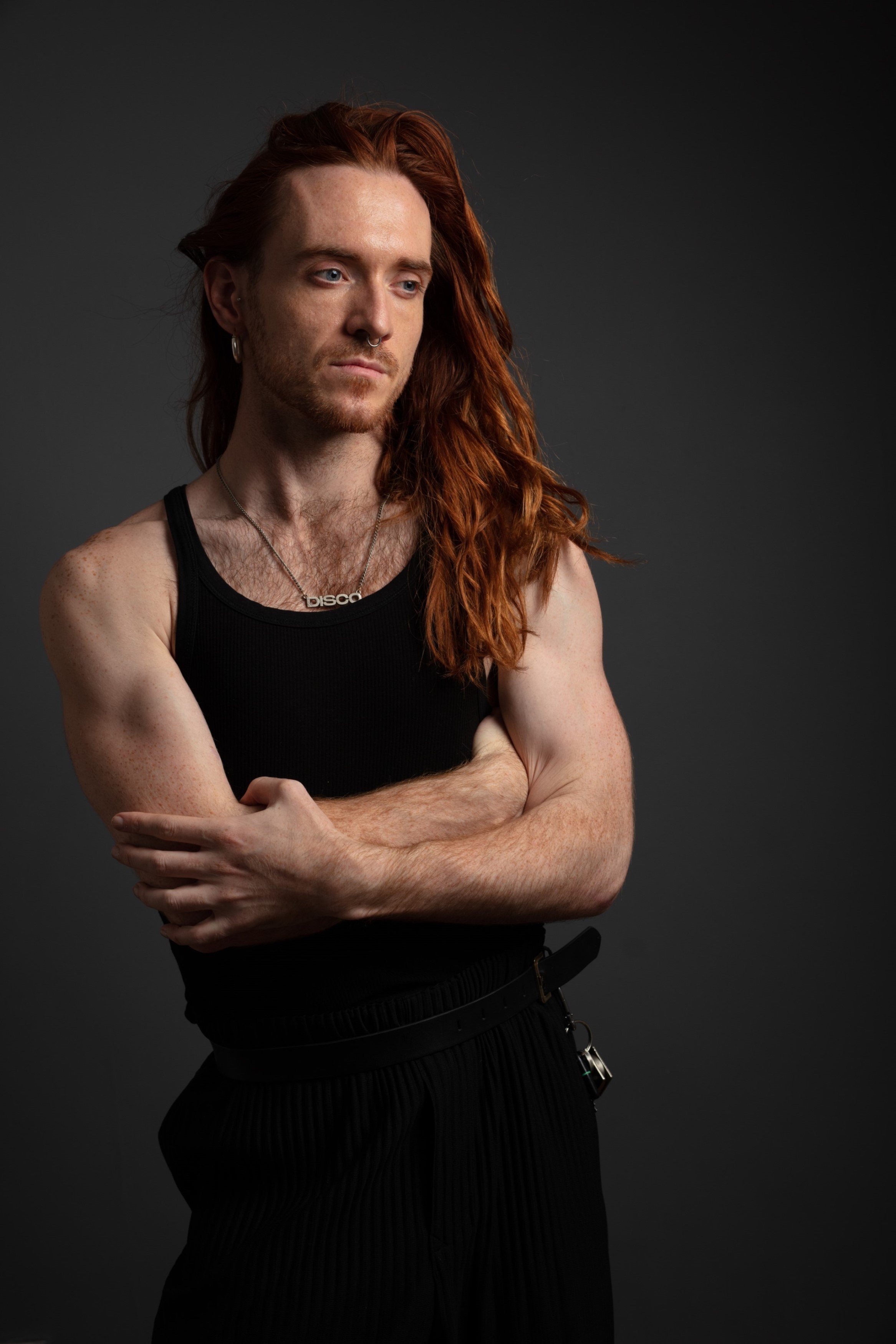 What were you doing before postgraduate study? How did you end up on the MA Interior Design programme here and what drew you to the RCA in particular?

I actually studied interior and furniture design as my BA in Dublin – I always knew that was my focus so coming to the RCA wasn't a change of direction for me. It was more an expansion of something that I knew I loved and wanted to work in. I worked in interior and furniture design for a couple of years in both Dublin and London, working across a range of residential and commercial projects. Then I reached a point in my career where I wanted creative freedom, where I could write my own briefs and explore things I wanted to explore, without the commercial aspect of projects having to make money and follow budgets.

It was very much a case of needing creative space in order to do that – and the RCA was somewhere I had always wanted to study. I originally wanted to study there straight away after my BA, but I didn’t do that for various reasons – some financial and also I was living in Dublin at the time. In retrospect I'm quite happy that I worked for a few years and then came back to it with a different perspective than I would have had done.

The main reasons I chose the RCA were the reputation of the alumni and the community I would be part of when I was there. That was something I was intrigued by – I had been to the end of year shows in London when I was living there anyway – so I knew that aspect of it and I definitely wanted that time to focus creatively.

How did your practice then change or evolve with that creative freedom?

The RCA for me wasn’t a space to learn the skills of interior design as such – it gave you the freedom to explore lots of different avenues within the same discipline. I went in there knowing that I wasn't expecting to learn the everydays of the job because I was working as an interior designer already – it was more about being able to use another part of my brain that I hadn't been using for a while.

For me, the RCA really helped with a resurgence of creative thinking. I suppose that can become a bit suppressed when you work for too long and you become quite accustomed to how things are operated in industry. So then stepping outside of that and thinking ‘Well, what if I didn't have these parameters? How would I do it?’ It gave me a blank canvas to work with and set me up in the right environment to be able to do that. And to be able to make things with my own hands again. 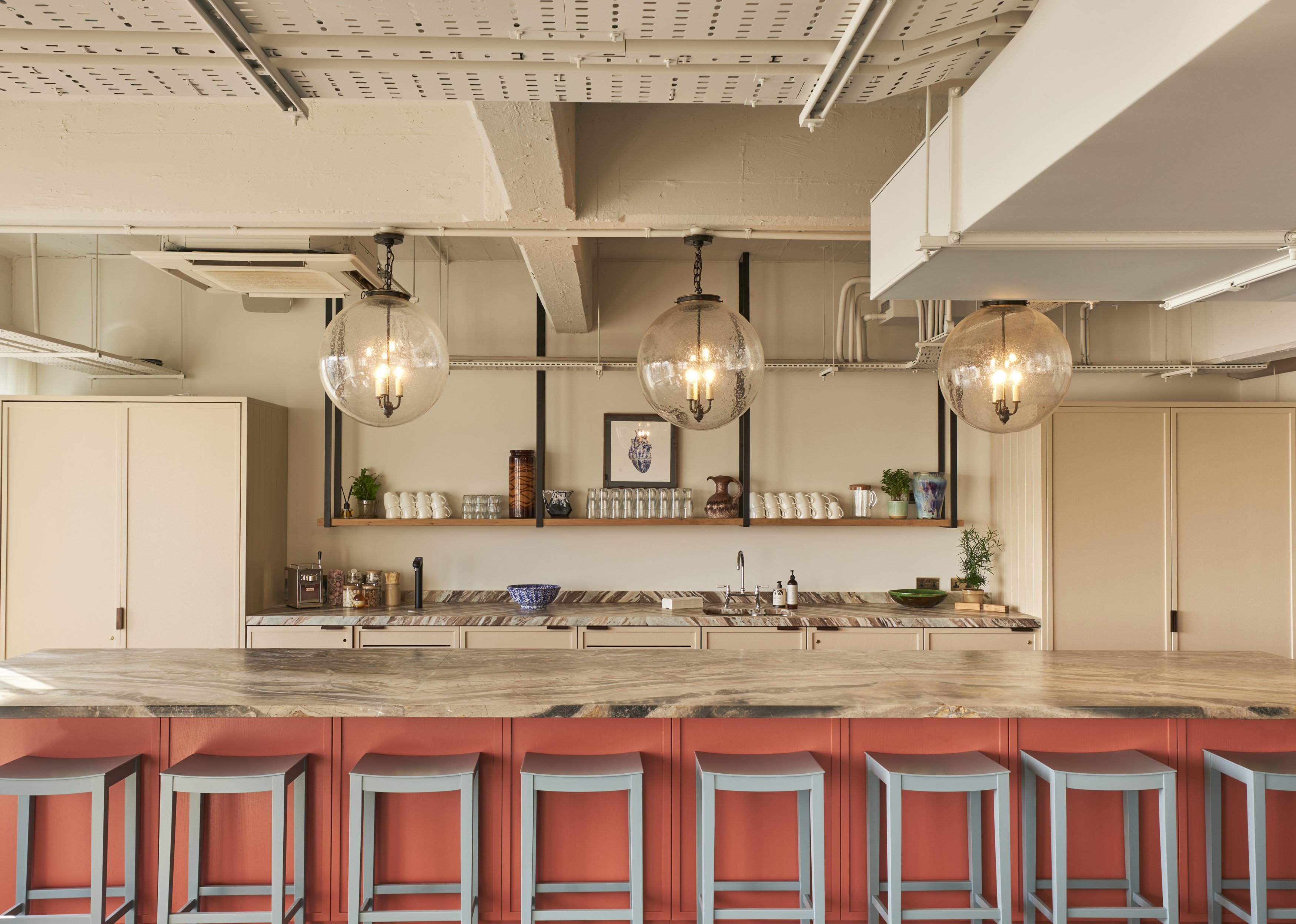 “I reached a point in my career where I wanted creative freedom, where I could write my own briefs and explore things I wanted to explore.”

Your thesis project at the RCA, Parade: Grieving on the Dancefloor, offers a queer perspective on grieving. Could you speak a bit more about the project, your approach and the inspiration behind it?

On the programme we had a theme which was all centred around death. For me, it became about exploring death, loss and grieving. Being queer is part of my perspective of how I understand things and I think that was something I wanted to bring to the table. The background behind the project was exploring and comparing death from two different perspectives I knew and had experienced – one being death in the context of family or friends and how that operates versus loss within the queer community and how people gather and celebrate life in different ways.

I didn’t initially plan to focus on queer perspectives because I find it can be quite difficult talking about queerness in a space that isn’t queer. And it can be tricky sometimes to use those traits of yourself, because it becomes very personal in a sense – so you have to kind of push yourself to do it. It's not the easiest route but I think if you feel passionately about the project, you push through because you want to reach someone who hasn't heard it before. Because you know these things from your perspective, you live with them all the time, and I think the whole point of projects like that is to try and reach beyond the people who already know. The topics can make people uncomfortable sometimes. And I think that's an important part of design as well – to push people and show them things they haven't seen before.

What would you say it is about interior design that’s a good medium to be able to do that with people, to make them think about another perspective?

I think it's about space really because we design spaces in various forms. Whether you design chairs or you design a building, you bring people together physically in a space and you give them a bit of a context and then they respond to it. I think it's quite nuanced what we do and in contrast to architecture, it is much more scaled down. With Parade: Grieving on the Dancefloor, that was something I wanted to look at – how people interact with each other on a one to one scale. Everyone reacts differently. 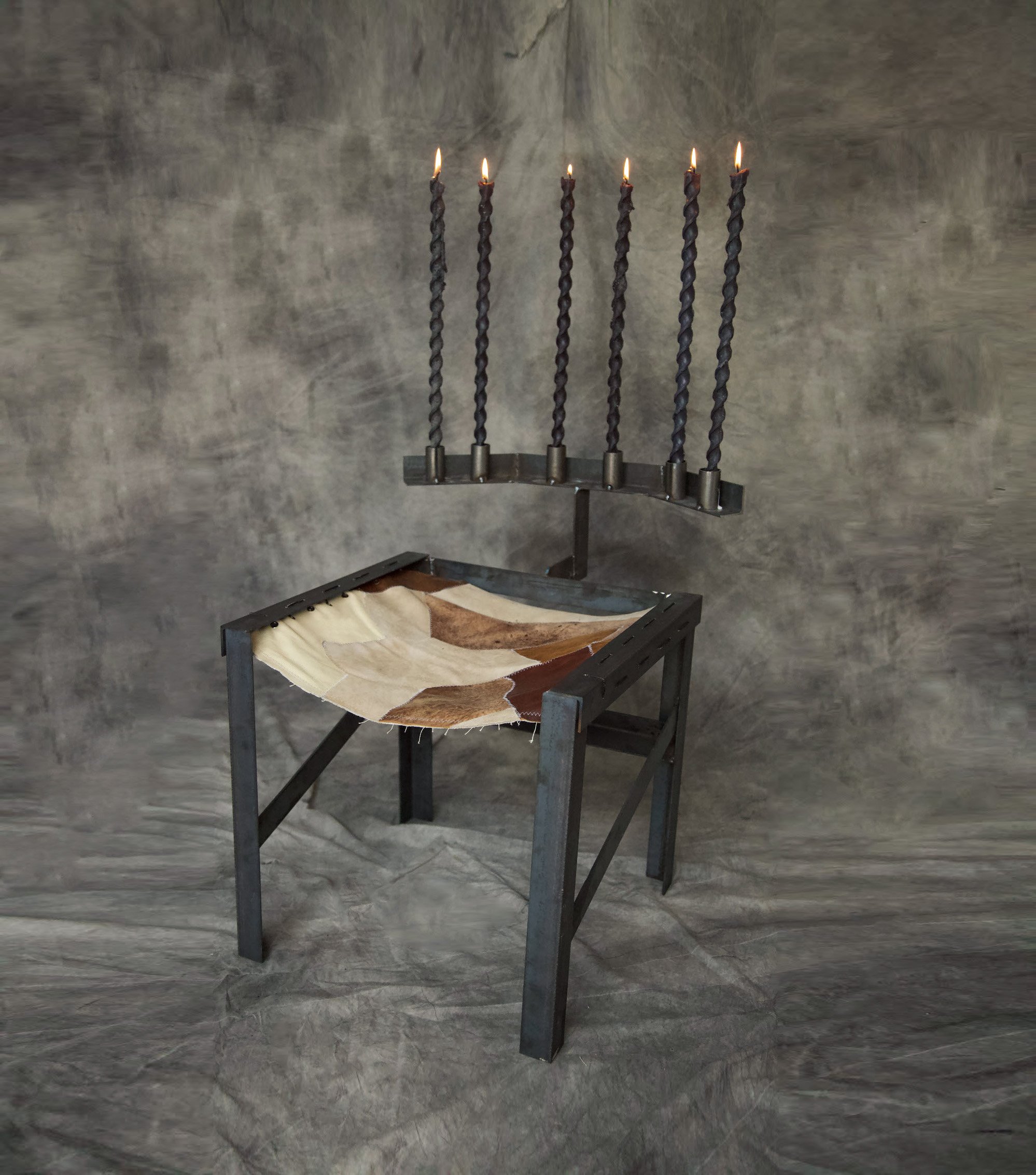 “I think that's an important part of design – to push people and show them things they haven't seen before.”

You’ve worked on a number of projects around the world including residential developments in Ecuador. Could you tell us a bit more about these and how they came about?

Ecuador was an amazing experience where I got to work on two vast projects. Both were residential developments by Yoo Design Studio, working within the parameters of a brief with creative directors Philippe Starck and Marcel Wanders. It was about creating this fantastical or magical experience living there. Both of those designers have quite an exuberant style so it was about how that translates into residential style as well – it's not just like you walk in and walk out, it’s your home and you're there all the time. The communal spaces have a lot of over the top finishes – and each area has its own theme – but the living spaces are more pared back so it was about understanding that transition too.

You’re currently working as senior interior designer with Soho House. Could you tell us about the work you do? What does a day in the life in your role look like?

I started working at Soho House actually just before I did my Master’s, and then I went part time to complete the Master’s and did them both simultaneously. It's been a great place to work. We do a lot of big projects all over the world. They’re a private members club that started in the ‘90s and have just exploded in the last couple of years. They're expanding a lot at the minute, opening lots of different houses, or hotels, in capital cities all over the world as well as London. Lots of locations that I can’t mention just yet – one in East Asia that’s particularly exciting for me. We’re a small-ish design team – there are about 12 interior designers and about 20 architects – so it's quite collaborative, and we all work in smaller groups on each project depending on the scale of it. 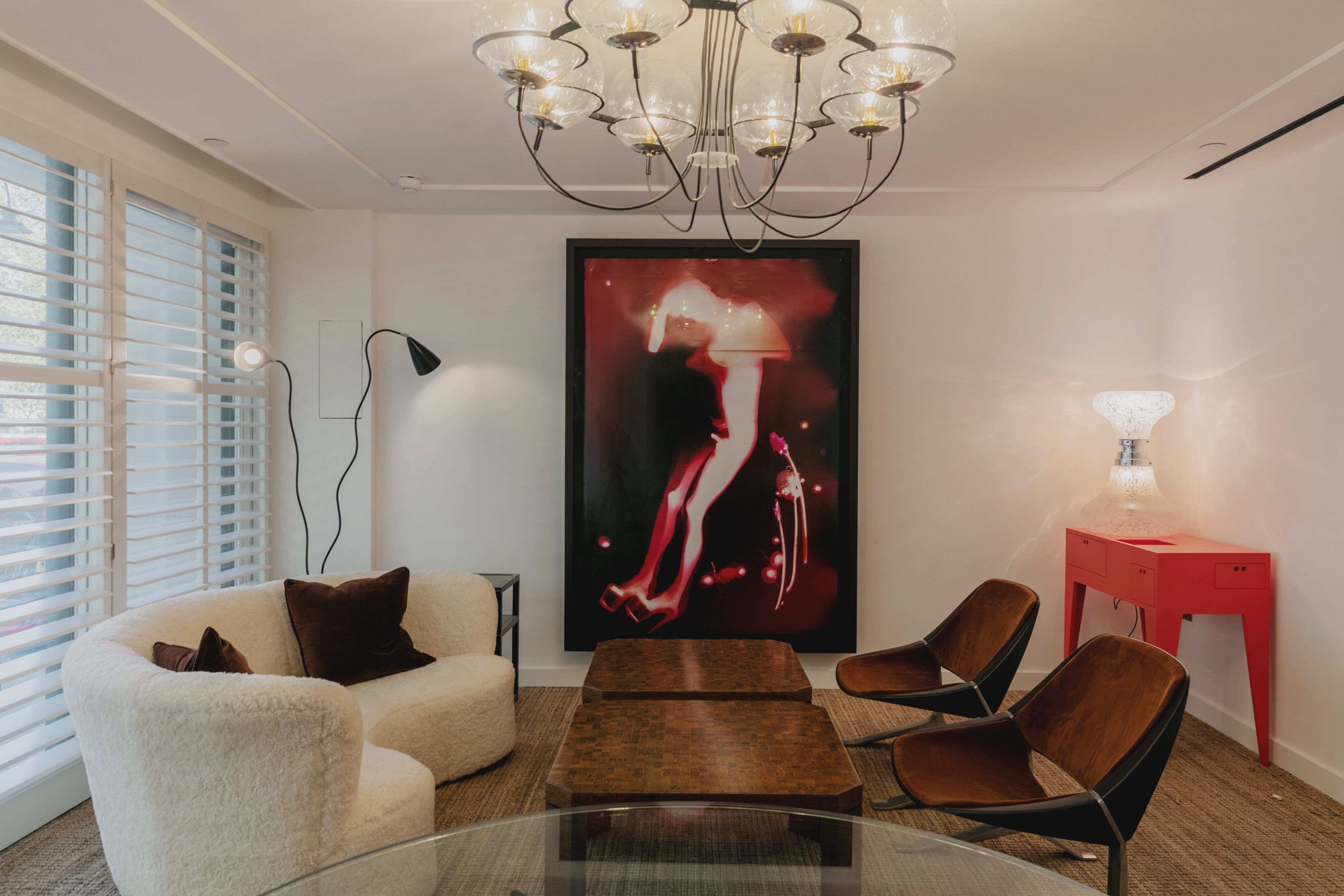 “The RCA really helped with a resurgence of creative thinking… thinking ‘Well, what if I didn't have these parameters? How would I do it?’ It gave me a blank canvas to work with and set me up in the right environment to be able to do that.”

The day to day varies a lot depending on the scale of the projects. Everything is bespoke and each new project draws upon the character of the city it’s situated in. We design everything in-house right from the furniture, to custom floorings and bespoke wall finishes. So we work very closely with all of these suppliers and manufacturers to ensure we get the right end-product. Some of the makers have been working with Soho House since they started over 20 years ago. Then it’s also a hospitality company – serving food and drinks – so it's about understanding how all of that works with the flow of the space. I’ve definitely learned a lot about understanding what makes people comfortable – in terms of physicality, proximity to things, proximity to each other. It's quite interesting to see how people use different spaces. And how it creates relationships. That’s the most rewarding thing as an interior designer – when you see people use and enjoy a space you've designed.

Is there any advice from your time at the RCA that has stuck with you?

I think even if you’re the most confident person ever, if you’re creative, you can go through a journey of self-doubt and questioning what you do and why you do it. And I think it’s not bad to do that. It’s important to go through those periods, to take stock of that but then remind yourself why you’re there and keep going back to yourself and why you’re making decisions on things. It’s difficult because you’re usually getting opinions from different people and they don’t always align with each other. But my best advice would be to go with your gut and listen to yourself. And don’t waste time being shy or apologetic – just do whatever you want to do.

Find out more about studying MA Interior Design at the RCA