We encourage interdisciplinary research projects in collaboration with other Schools within the RCA and external partners. We have a strong emphasis on practice-led and experimental research, preparing graduates for diverse careers in academia, architectural and urban design practices, human rights organisations, and social and environmental coalitions.

We offer a range of specialisms that focus on the interface of research and practice, training in practice-led and practice-based research by working on ‘live’ case studies and projects within the field with respected external partners. You’ll become part of a vibrant research community at the RCA and within London.

Catch the replays from our November 2021 online Open Day.

Adam's work moves between urban theory, facilitation and performance. As an interdisciplinary scholar he specialises in the intersection of culture, history and inequality in the city.

Combining the architectural and design scale Laura investigates the social dynamics between digital and physical space/systems /interfaces, as generated by people’s experience of technology.

The School of Architecture is based at our historic Kensington site.

Our studios are the heart of day-to-day activity for the School. Studios are purpose-designed for inspiration and interaction between students of different design disciplines. Shared workspaces are provided for all research students. In addition, you have access to wood, metal, plastic and resin workshop facilities, as well as contemporary digital fabrication equipment and a suite of bookable project and making spaces.

More details on what you'll study.

Find out what you'll cover in this programme.

Working both collaboratively and individually you will explore research design and methodologies through a cycle of theory, action, reflection and dialogue with your peers. At all times you will be strongly encouraged and given the space to interrogate, generate and experiment with new ideas with a range of research challenges.

Throughout the course, we will encourage and promote experimentation, flexibility and collaboration. We aim to offer you a thorough grounding in research theory and practice that both directly and indirectly relates to art and design. We aim to work with you in developing your confidence and ability to work independently, individually and in collaboration with communities across different research cultures and communities. It is this adaptability which will provide you with the tools to thrive as researchers in your chosen career, whether in academia, industry or individual practice.

You will take the following units as part of the programme:

Collaboration is central to research. A central part of the MRes Architecture Pathway at RCA is a group research project addressing contemporary political and social issues connected to architecture and urban life. Students receive a brief, however the group takes an active role in shaping the research questions and methods. At the end of the term, work is made public through a variety of means ranging from an exhibition to performative work, publications or research symposia.

2020: The Architecture of Loss

In 2019/20, students were asked: Can you design the architecture of loss? Can you design a ritual for collective grief? What does this look like in twenty-first century London?

At the neighbourhood scale, socio-economic changes, migration, gentrification have for long periods been studied and narrated as a form of winner-takes-all urban competition – where those best placed to deal with rising rents, changing aspirations, and shifting commodity structures can stay put. Others feel an earthquake of rent structures and demographic change that create expulsions, displacements, evictions.  At the urban scale, large swathes of post-war housing and urban planning are being systematic sold, demolished, erased. In their place private market-rent investor housing is being built. What histories are displaced, what socialities, when a building, landmark, urban landscape disappears?

At the cultural level, libraries and youth centres have been closing steadily in London since the 2010 austerity cuts to central government and recent reports demonstrate the disappearance of live music venues, clubs and queers venues and spaces since the early 2000s. Some reports note a 50% drop in affordable artist studios in London by 2030. At the national level, a global retrenchment from global processes, modes of negotiating and working has led to a resurgence of nationalism, localism, tribalism and xenophobia, at the expense of a feeling of ‘loss’ of a common, shared, or pan-national cosmopolitical. At the same time, the climate emergency - legislated by multiple nations - recognises the immediate (11–12 years) turning point of climate catastrophe. Extinction, erasure – the loss of planetary life, or at least a life that can sustain the human. The emergence of climate grief is part of this story.

Students began this work prior to the COVID pandemic, and shifted their work to thinking about loss in relation to losing the city, and losing publicness in relation to various forms of lockdown. What emerged was a conceptual and practice-based exploration of urban ritual in the face of deep loss. You can see their work on www.architectureofloss2020.com

2019: The Architecture of Care

In 2018/19, the MRes RCA Architecture Pathway contributed to 'We Cannot Work Like This'. It is a transnational alliance of artists, architects, scholars and activists that asks what does a charter for decolonisation and degrowth look like in cultural and academic institutions? Starting from an anti-racist, anti-capitalist perspective, the alliance confronts questions of labour, of mobility and migration, of language and privilege, and enables students to work together on a proposal for new ways of working. The contribution from MRes RCA students focusses on 'The Architecture of Care', asking what urban planning would look like if it began from an ethic of 'care' rather than the assumption of 'growth'.

The launch of the seminar took place at the Swamp Pavilion, in the frame of the Venice Biennale of Architecture in September 2018. This was followed by workshops in London and Brussels in January 2019, and is due to conclude with participation in the Contour Biennial 9 in Mechelen, Belgium in May 2019. 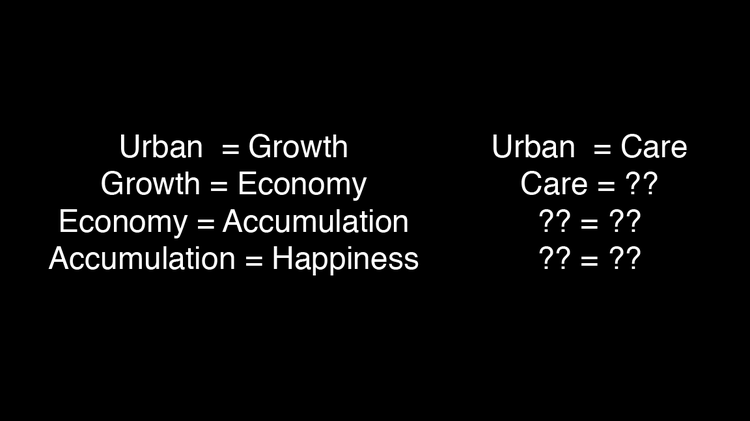 In 2018, MRes RCA Architecture Pathway students asked what comes after the creative city? In cities like London, financialised land and housing markets contribute to culture’s expulsion from the city. 35% of grassroots music venues have closed since 2007, 58% of LGBTQI venues since 2006, and a projected 30% of artist studios by 2019. This group research project looked to two sites in the north London Borough of Haringey. The Wards Corner Regeneration plan to close a Latin American market sparked a UN Human Rights investigation that warned this closure 'represented a threat to cultural life'. Less than 500m away, Tottenham is the pilot for 'Creative Enterprise Zones', an initiative intended to lure and retain creative industries in London. This research project asks what counts as culture in a site that both erases and props it up.

The exhibition After the Creative City was open 23–27 April 2018 at the New River Studios London.

Collaboration with New River Studios, London with contributions from We Made That, Theatrum Mundi, Terrence O'Rourke, and the Greater London Authority.

You will submit a 12,000–15,000 word thesis that defines a research question, outlines the research methodology and theoretical context, presents and discusses the results and offers robust conclusions.

What you need to know before you apply

Candidates are selected entirely on merit and applications are welcomed from all over the world. The selection process considers creativity, imagination and innovation as demonstrated in your portfolio, as well as your potential to benefit from the programme and to achieve high standards overall.

You should have a good first degree in a related subject. We welcome applications from students of all ages, and view both prior academic and professional experience as valuable.

What's needed from you

Your portfolio is a showcase of your work as an artist or designer and can be made up of images, videos or writing examples. Your portfolio helps us to better understand your application and allows you to show evidence of your ability and motivation to undertake a given programme.

Generally, we’re looking for you to demonstrate your:

If you are not a national of a majority English-speaking country you will need the equivalent of an IELTS Academic score of 6.5 with a 6.0 in the Test of Written English (TWE) and at least 5.5 in other skills. Students achieving a grade of at least 6.0, with a grade of 5.5 in the Test of Written English, may be eligible to take the College’s English for Academic Purposes course to enable them to reach the required standard.

You are exempt from this requirement if you have received a 2.1 degree or above from a university in a majority English-speaking nation within the last two years.

If you need a Student Visa to study at the RCA, you will also need to meet the Home Office’s minimum requirements for entry clearance.

Find out more about English-language requirements

Fees for September 2022 entry on this programme are outlined below. From 2021 onward, EU students are classified as Overseas for tuition fee purposes.

New entrants to the College will be required to pay a non-refundable deposit in order to secure their place. This will be offset against the tuition fees.

Scholarships are awarded for a specific programme and entry point and cannot be deferred without consent from the academic Programme and scholarships panel.

Find out more about scholarships & awards

There are many funding sources, with some students securing scholarships and others saving money from working. It is impossible to list all the potential funding sources; however, the following information could be useful.

Tuition fees are due on the first day of the academic year and students are sent an invoice prior to beginning their studies. Payments can be made in advance, on registration or in two instalments.

The Royal College of Art welcomes applicants from all over the world.

Check you have all the information you need to apply.

Get in touch if you’d like to find out more or have any questions.

More opportunities to study at the RCA

Expand the possibilities of your practice by developing a speculative, independent and critical ethos 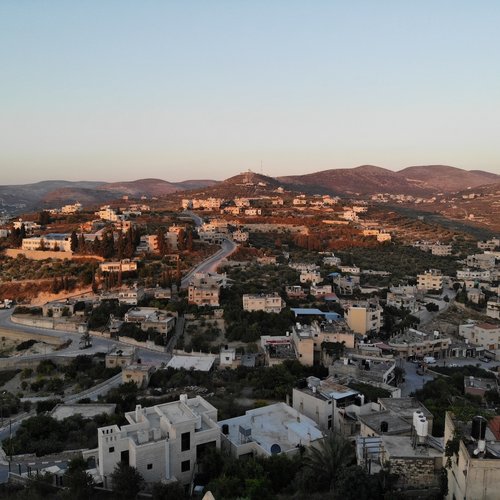 Explore the future of landscapes, environments and ecosystems. 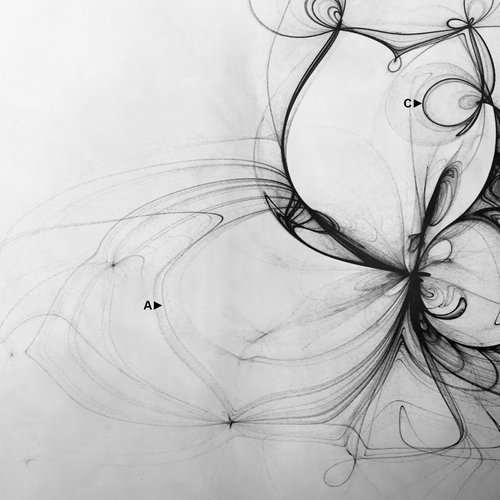