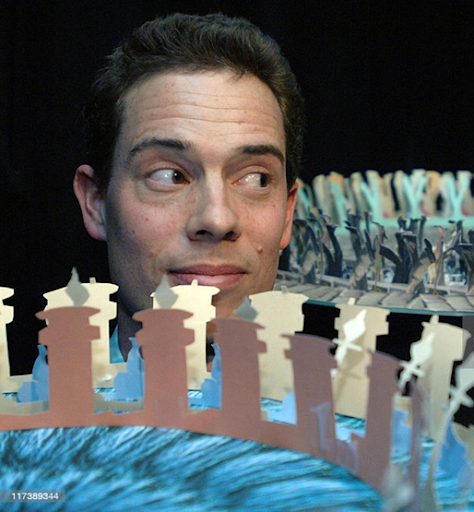 His creative work is all about forms of participation, with the ‘audience’ often being encouraged to touch, spin, rotate or in some other way move or dynamically engage with the artworks. We are grateful to Professor Paul Ward at Arts University Bournemouth for offering this opportunity to our staff and students.

Eric Dyer (University of Maryland, Baltimore County) is internationally recognised as a world leader in the field of animation art. He is a Leverhulme Visiting Professor at the Arts University Bournemouth, in the Spring of 2022. Professor Dyer has been a visiting artist at many world-class institutions, honoured as a Fulbright Fellow, Sundance New Frontier Artist, Creative Capital Artist, and Guggenheim Fellow. His films and interactive animated sculptures have been widely exhibited at prestigious international events and venues such as the Smithsonian National Gallery of Art, Ars Electronica, international animation festivals in numerous countries, the screens of Times Square in New York City, and at the Cairo and Venice Biennales. Dyer’s talk on TED.com, ’The Forgotten Art of the Zoetrope’ communicated his art practice to the general public and has been viewed over one million times. As well as working with AUB students and staff, there are plans for an exhibition of work made during the Visiting Professorship workshops, linked to a one-day symposium with Dyer as keynote speaker. Professor Dyer’s visit to AUB is made possible by funding support from the Leverhulme Trust, via their Visiting Professor scheme and the University of Maryland Baltimore County.

Discover where our MA Animation could take you.