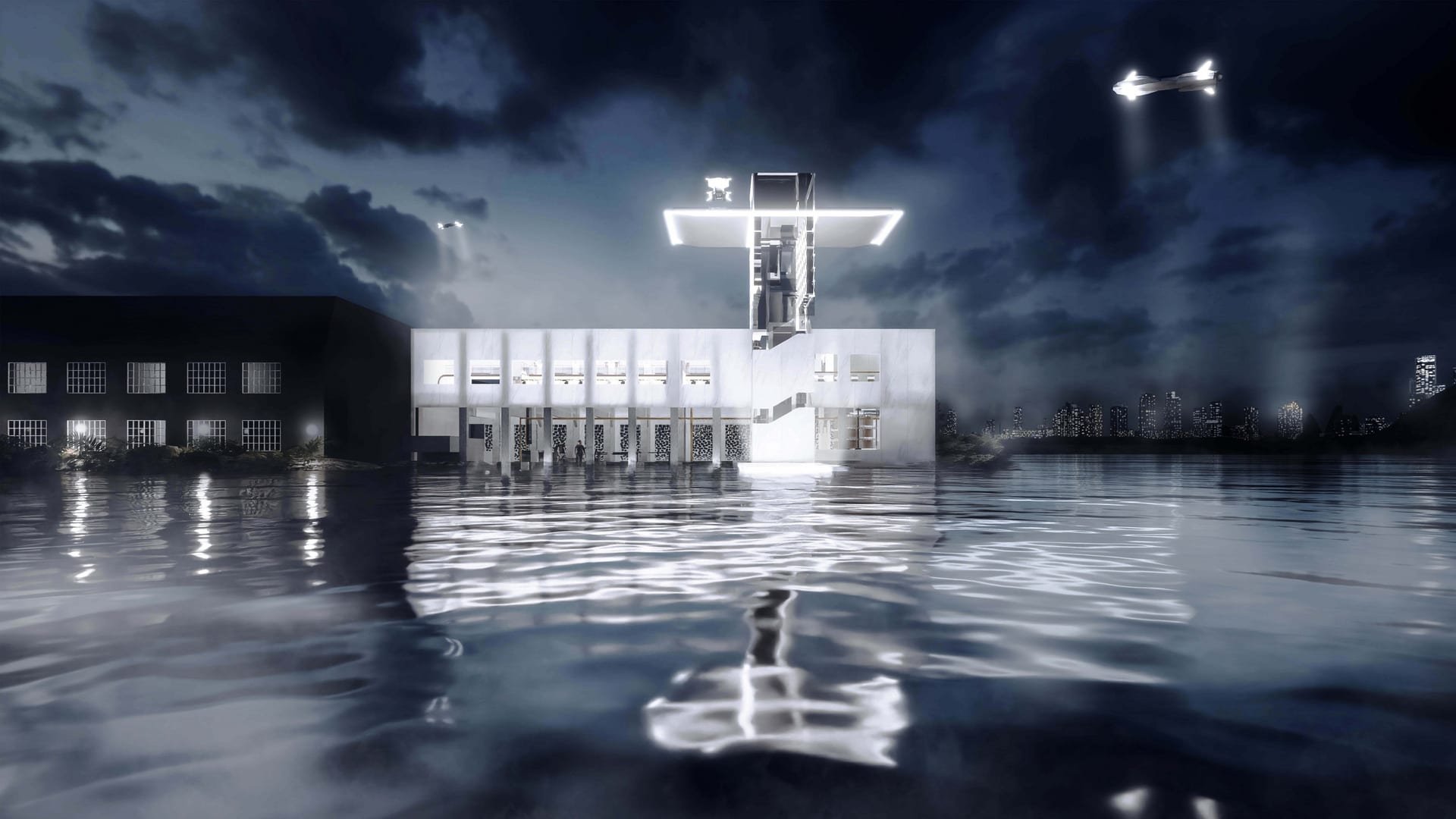 Originally from China, Heman is an interior designer with a passion for architecture, spatial narrative, and the social environment. Their graduate project, Neverland of Manuscripts, is set in a speculative, dystopian 2095 when sea levels have risen, London has been submerged and communities have moved either underwater or to higher altitudes. In this imagined scenario, manuscripts have become crucial in bringing people back from a digital future to remember the era of physical artefacts and the written word. 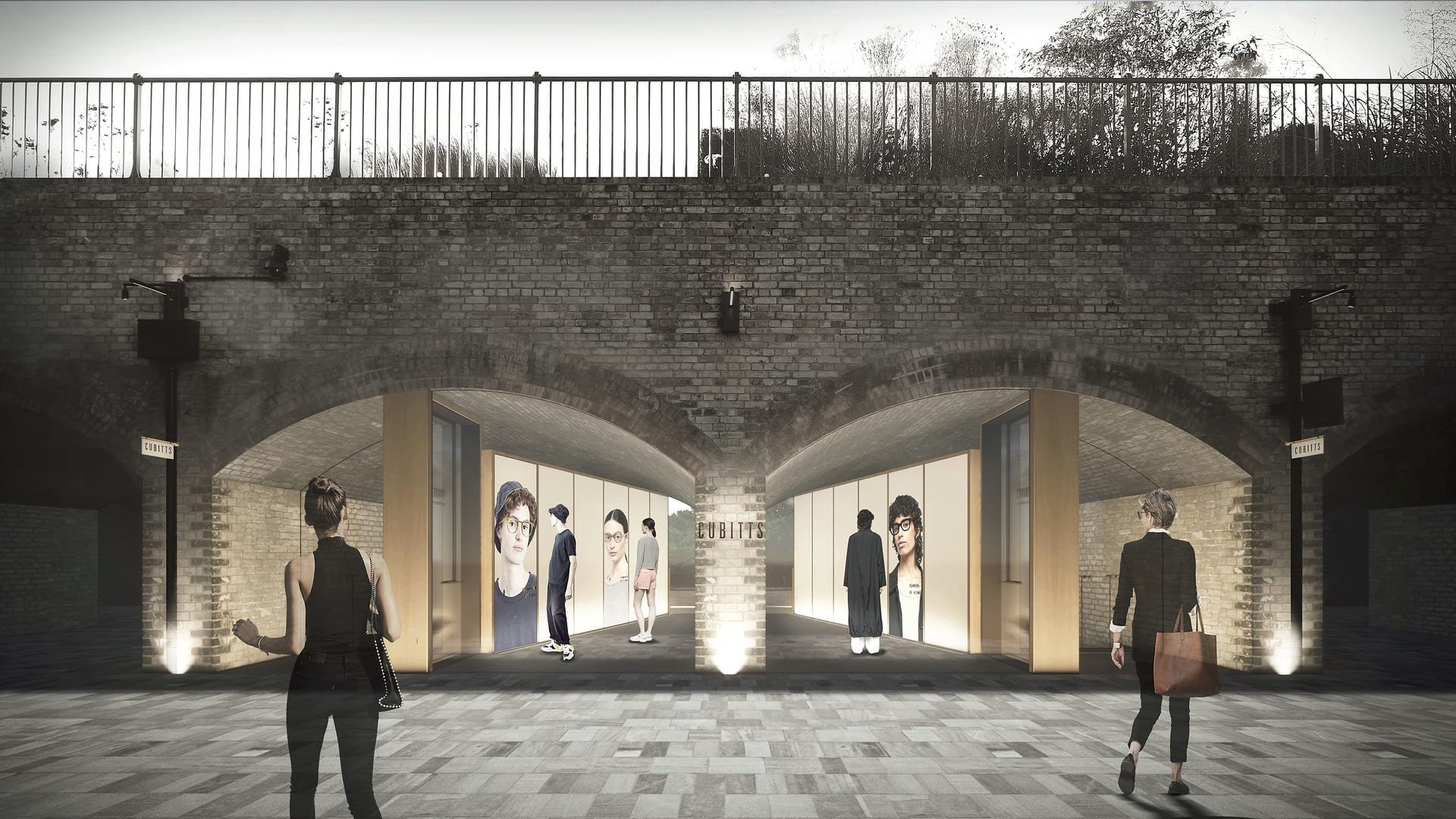 Siqi, who came to the RCA from a career in stage design, has digitally created an optician’s shop for Cubitts within a pair of railway arches at Coal Drops Yard, Kings Cross, London. Employing perspectives and optical illusions, their design is a three-dimensional spatial realisation of the Cubitts butterfly logo, playing with viewpoints, sight-lines, eye-levels and vanishing points. Inside, the spaces employs gridded modules which using the rules of perspective to offer different ocular experiences at different spots in the shop. 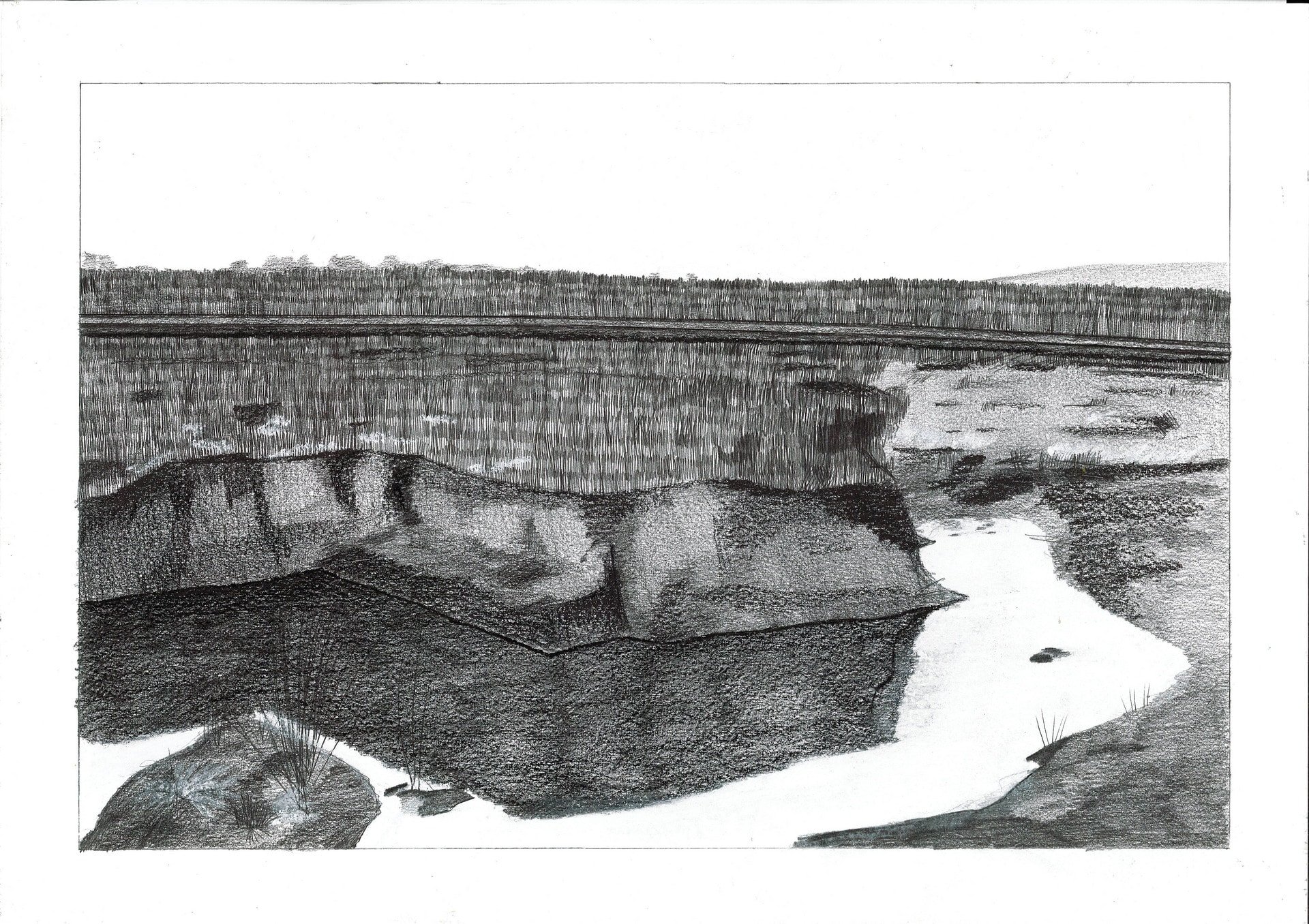 Jospeh's project, 'Useless Terrain', explores the exhaustion of turf in rural Ireland, focusing on the productivity of a vital eco-system. The project proposes a walkway around the bog, as it slowly repairs itself from violent colonial and industrial scarring. This walkway will dam the bog, keeping it waterlogged and plugging the indents and scars left by hyper-industrialisation and extraction from the land.  Told through a conceptual drawing practice, navigating the passing of time and the steady moving and breathing of the bog, the project determines a new relationship and ritual with the terrain.

Inside/Out is a public lecture series organised by and for Interior Design students. Over the past academic year this has included lectures on unruly urban futures with London-based design practitioners Publica, a book launch with Canalside Press and an exclusive screening of 'In Conversation with Eileen Gray', an interview film with the revered designer. Click play on the above video to watch a recording of their event with award-winning design studio, Yatofu. 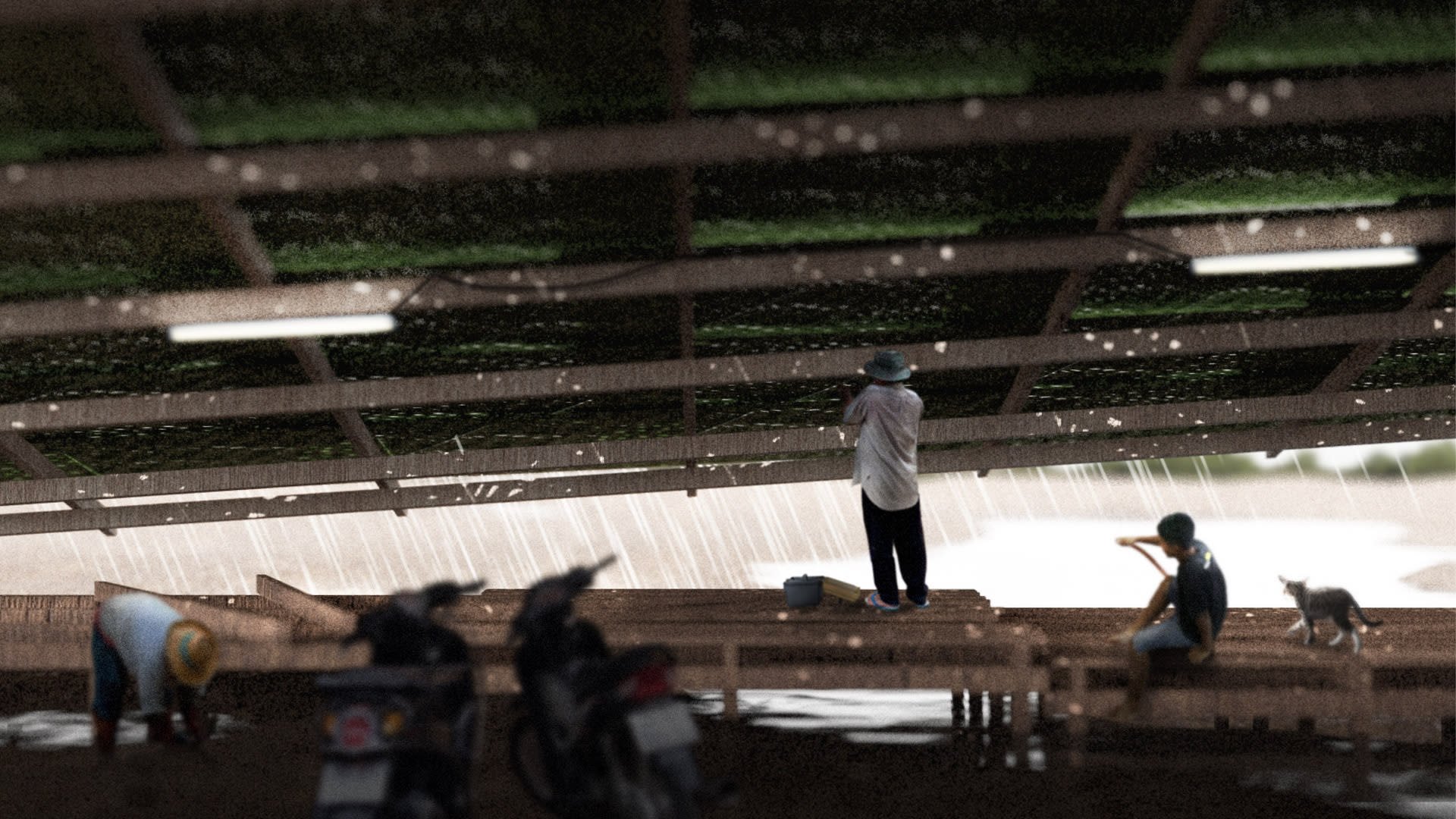 Gabi is an Architectural Designer based in London and Singapore whose interests lie in how spatial design can be implemented to confront sociopolitical frontiers, as well as how it serves as a tool to address the ongoing challenges posed by the climate crisis. Her project, 'Dire Straits: A Prototype for Coastal Inhabitation', questions how the terms of the transactional relationship between land and sea can be reconsidered in Southeast Asia, enhancing the dialogue between nature and people. 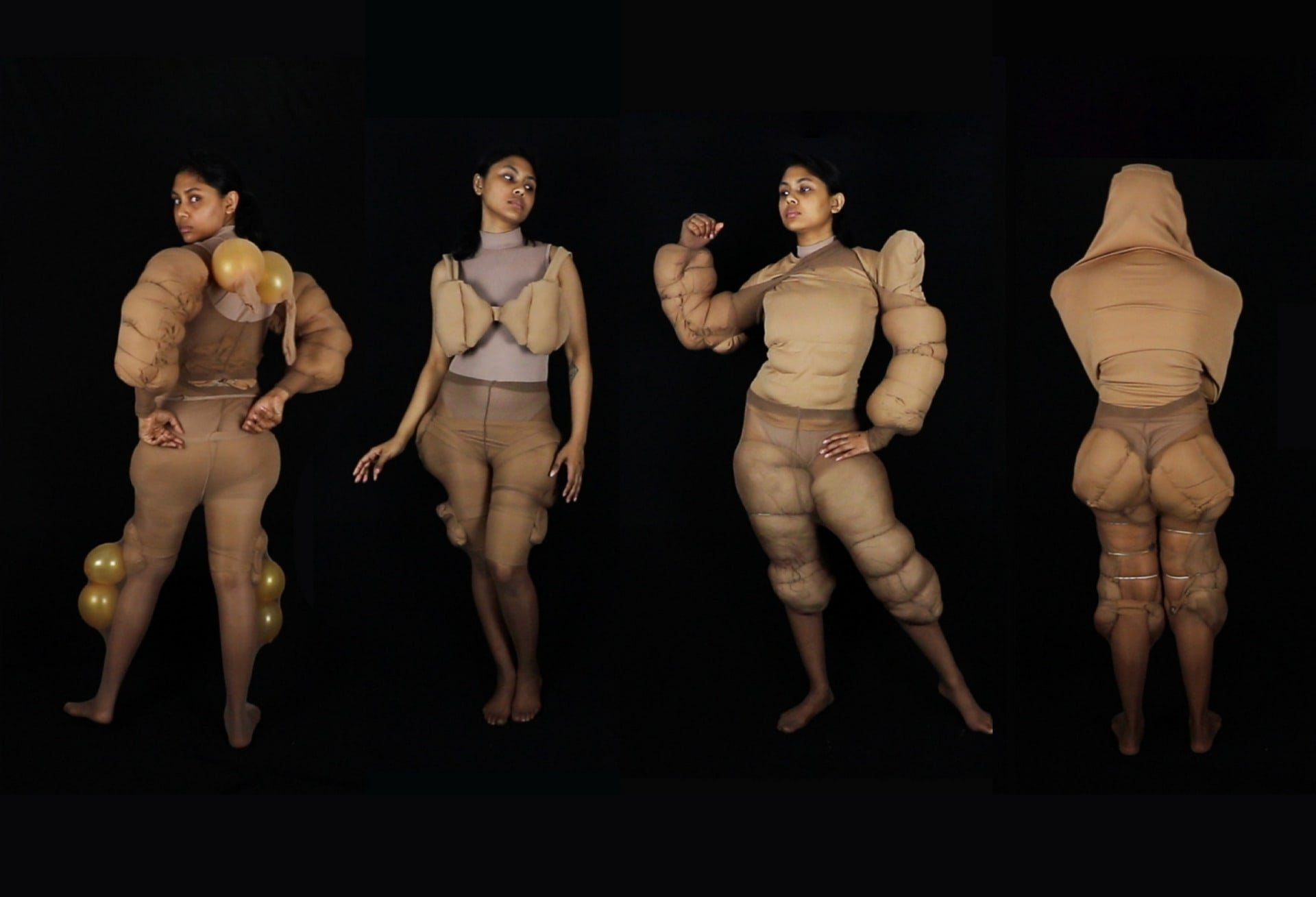 Originally from Bangladesh, Anusha's work investigates the on-going homogeneity of values in Bengali society due to globalisation, media and the internet. 'The Body As A Site' subverts forms that are so predominant in online media by proposing alternative, inhabitable forms. The proposal is a tutorial teaching the viewer how to construct a structural wearable filter for the form, one that defies stereotypes of existing body structures and further questions the biological and physical limitations of the human body.

For the very first time, the Royal College of Art's graduate exhibition takes on a hybrid form. RCA2022 takes place across the College’s Battersea and Kensington campuses from 25 to 30 June (except 27 June) and online as a digital discovery platform.

Find out more about the School of Architecture

Find out more about the School of Architecture